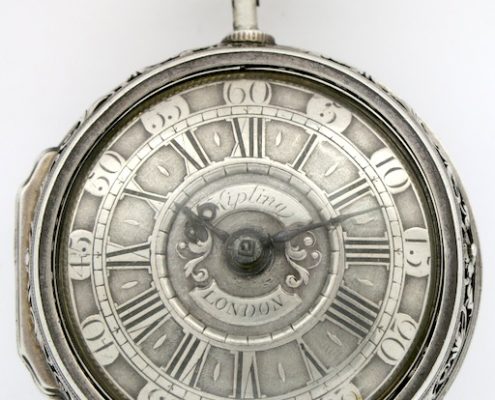 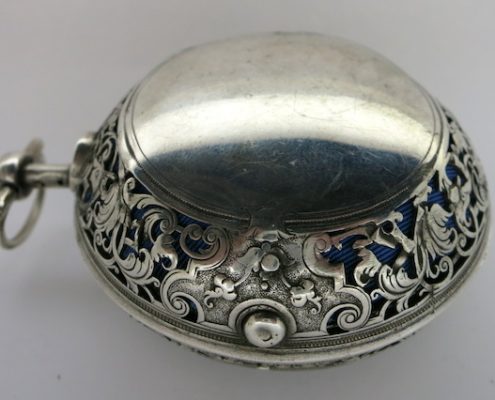 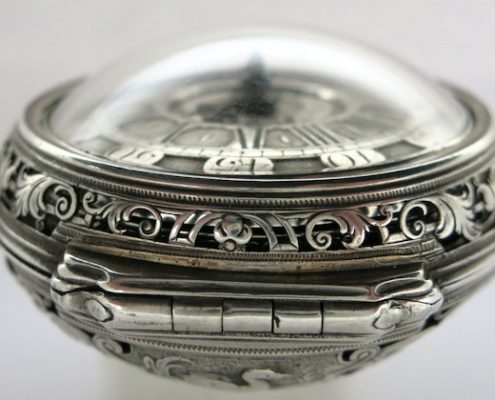 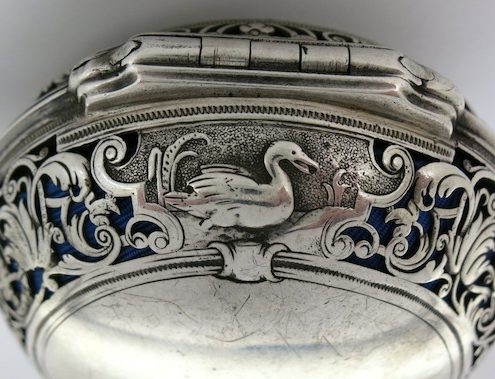 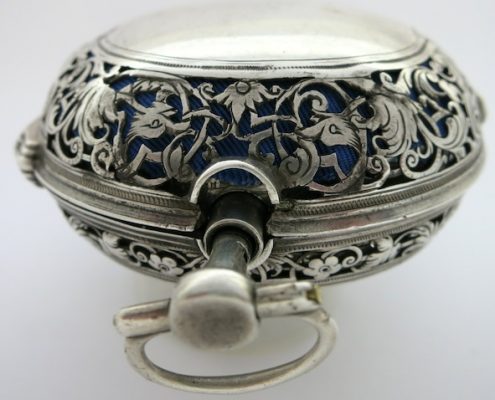 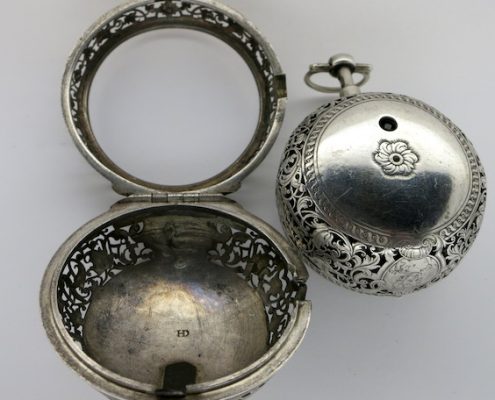 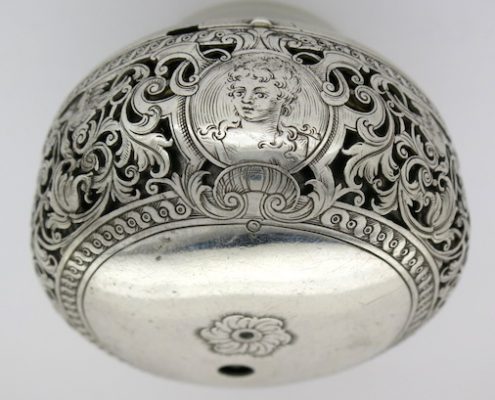 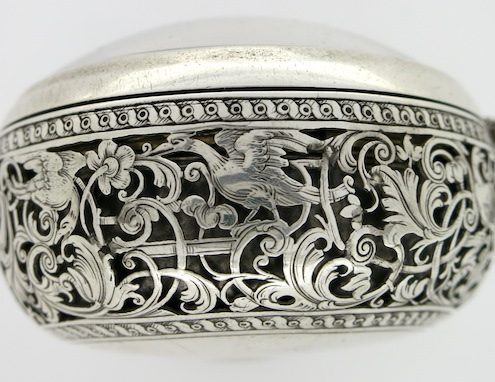 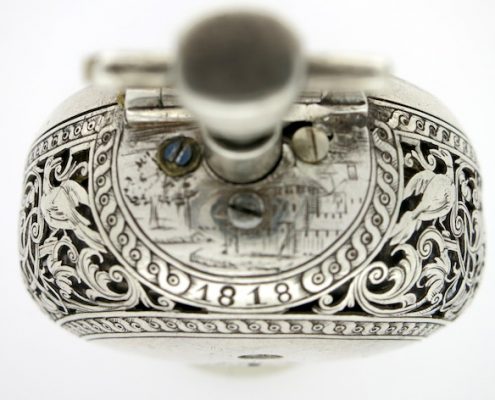 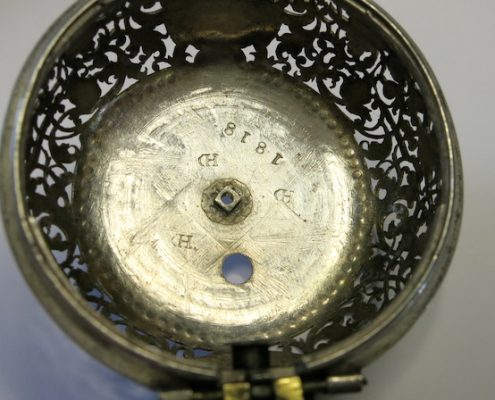 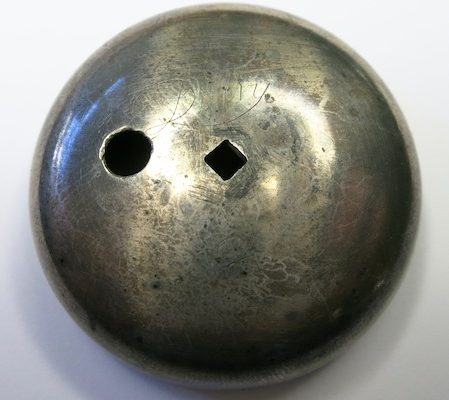 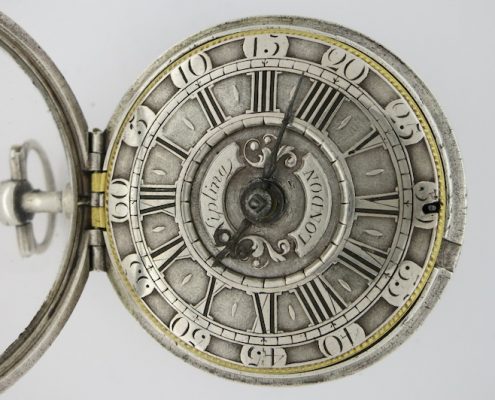 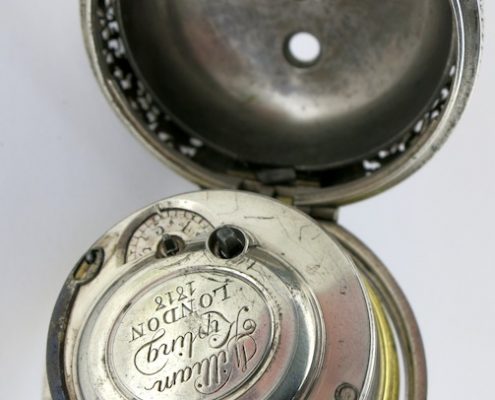 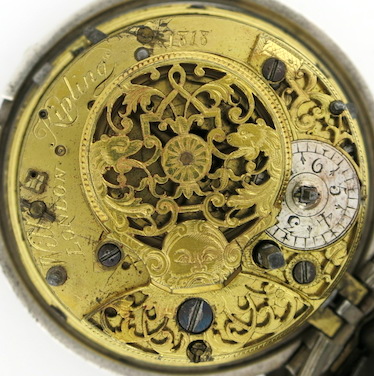 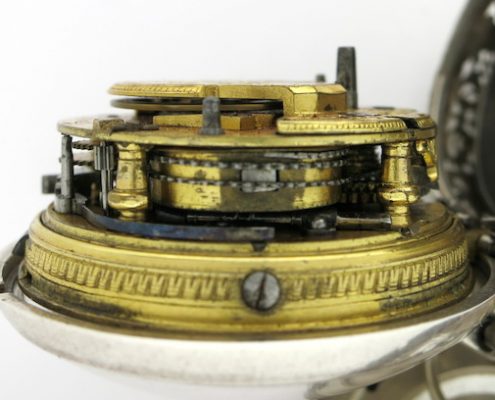 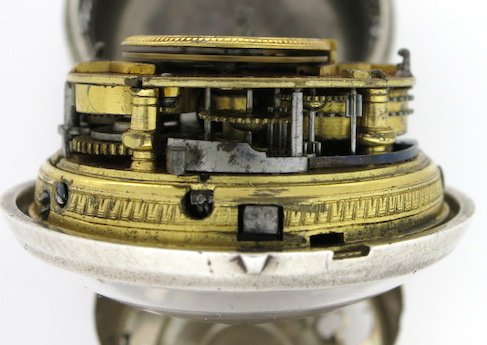 MOVEMENT : Gilded movement with baluster pillars, silver regulator disk, and engraved and pierced balance cock. The movement is signed (Will. Kipling, London) and numbered (1818). Protected by a removable signed silver dustcap (also numbered 1818). There is some wear and scratches around the tops of the pillars, but the movement is in good overall condition and is running and repeating correctly.

DIAL : The signed silver champleve dial has a little wear around the edge and to the central signature disk, but is in generally good condition. Nice original early 18th century steel beetle and poker hands.

SILVER INNER CASE : No hallmarks but maker’s mark HD and also engraved near the stem with the movement number (1818). Beautifully pierced and engraved throughout. The high dome crystal is fine and the bezel snaps shut correctly.

The small pulse piece lever which should protrude from the case under the bezel at 7 is missing and there is a little damage to the silver around the stem (and replacement mismatched screws).

SILVER OUTER CASE : Again wonderfully pierced and engraved. No hallmarks but maker’s mark HD. The catch and hinge are fine and the bezel snaps shut correctly. There is a small dent to the catch button and a little damage around the neck of the main case.