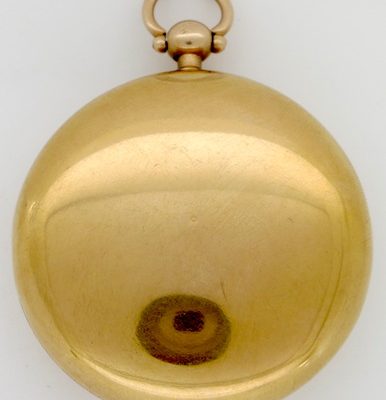 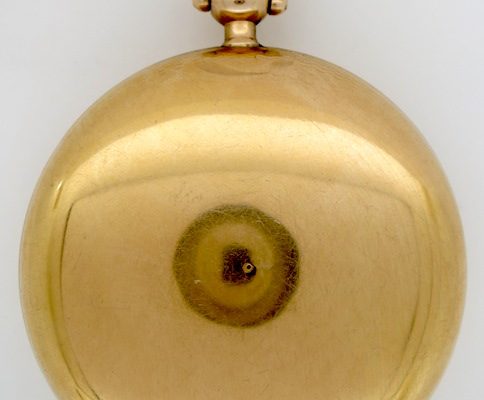 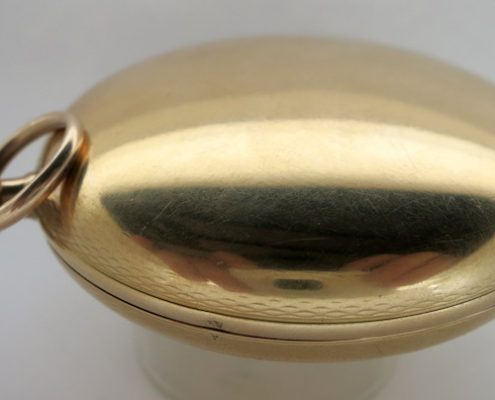 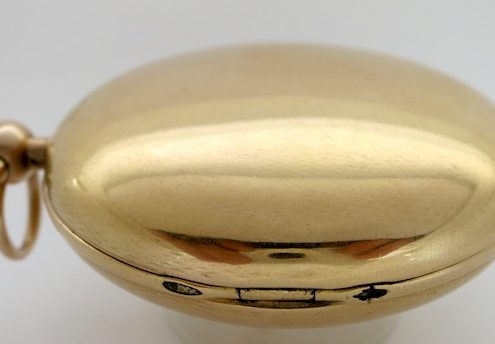 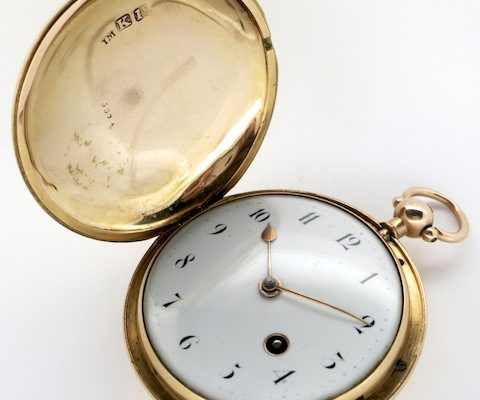 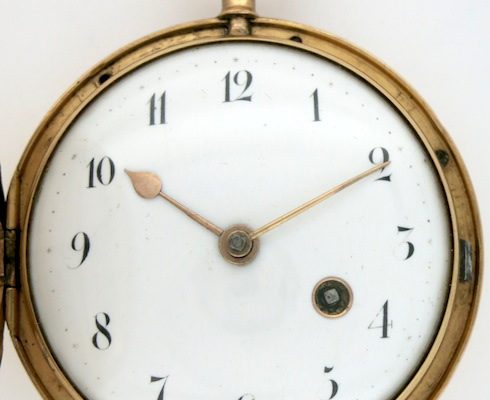 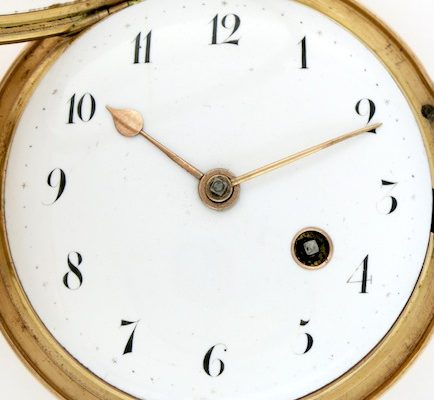 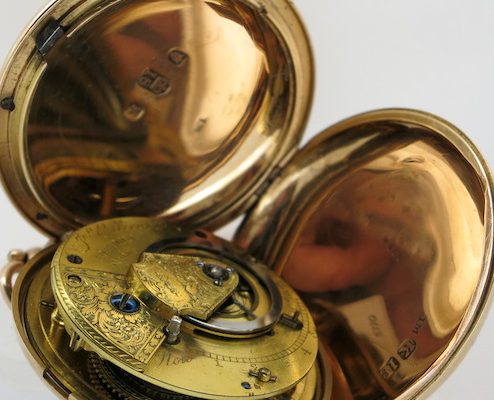 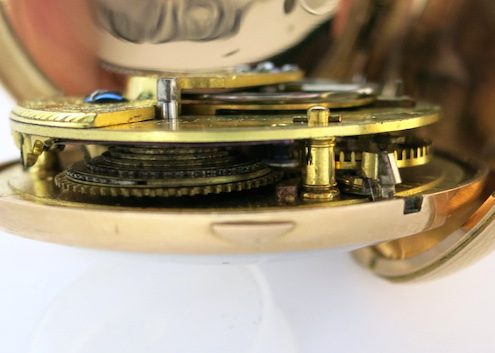 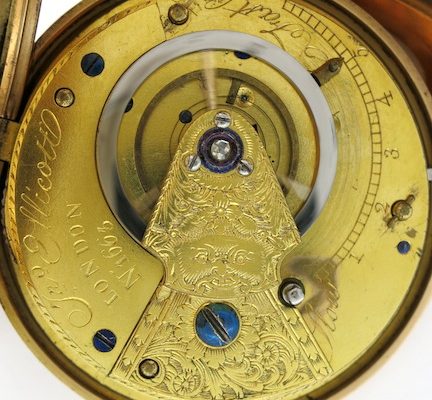 An early example of a full hunter gold case, with London verge movement.

DIAL : White enamel, in good condition with just a few light scratches and a small repair on the edge at 6 (at the catch). Gold coloured hands.

CASE : 18ct gold. Hallmarks for London, 1805, maker IM. Light scratches to the inside of the front cover, and slight indentations on both covers were the bow has rested, but good overall condition. A little wear to the bow. The case originally had engine turned engraving but this has worn down, except around the edges. The hinges and crystal are ok and both bezel and cover snap shut.