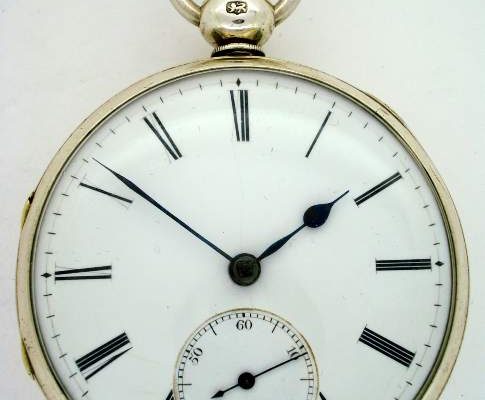 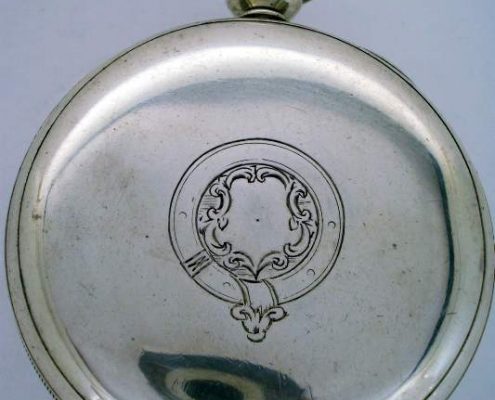 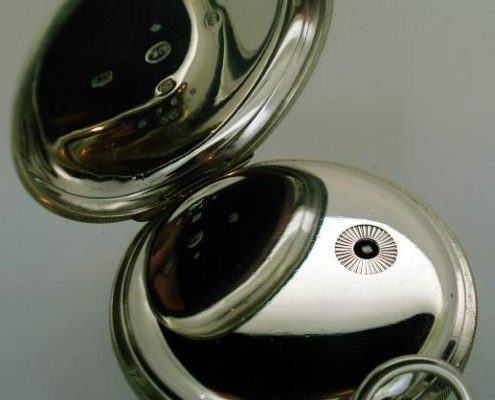 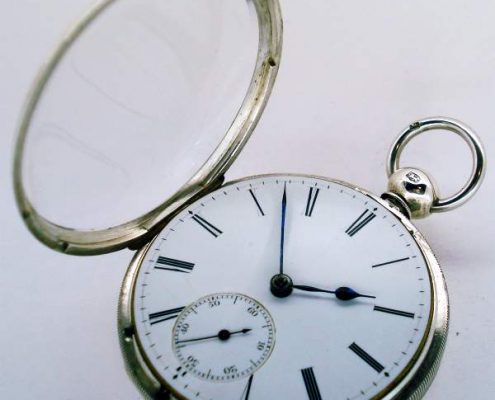 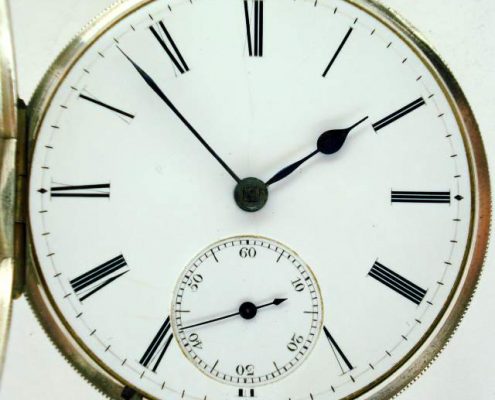 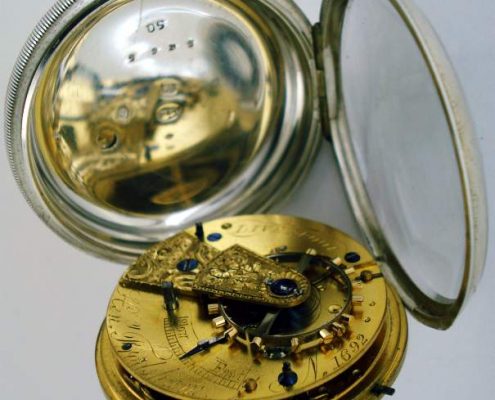 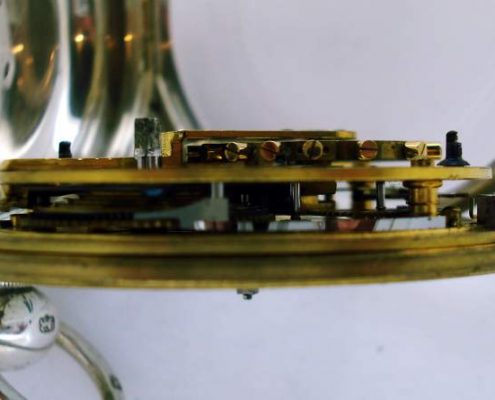 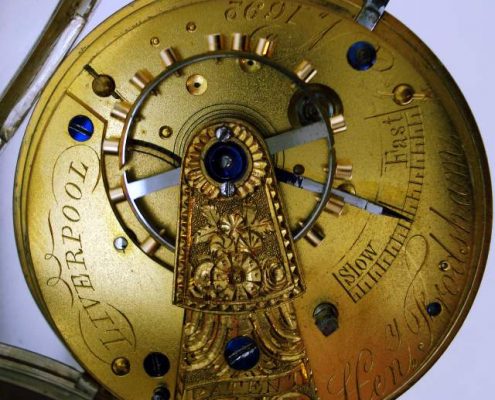 MOVEMENT : Signed (Henry Frodsham, Liverpool) and numbered 1692. Slow (half second) beat lever fusee movement. 5 spoke wheels. Start/Start lever on the side of the movement. The movement would originally have been protected by removable gilt dustcap which is now missing.

The slow beat (7200 beats per hour) is achieved by the unusual train counts and an exceptionally heavy compensated balance wheel (very thick steel).

The train counts are as follows :

DIAL : White enamel, in good condition with just a very light hairline running from the edge at 12, and a couple more from 8 to the seconds dial. Matching blued steel hands.

CASE : Silver. Hallmarks for Chester, 1851, maker RK. Gold hinges, milled band and central cartouche (empty) to the back. All in excellent condition. The hinges, catches and crystal are fine.

Thomas William Yates patented a variety of slow beat watches between about 1846 and 1880, with beat speeds ranging from 7200 to 11200. Only the earlier examples used the slowest (half second) beat of 7200.

Henry Frodsham is listed in Liverpool between 1839 and 1858. The serial number seems to be from the Yates series.