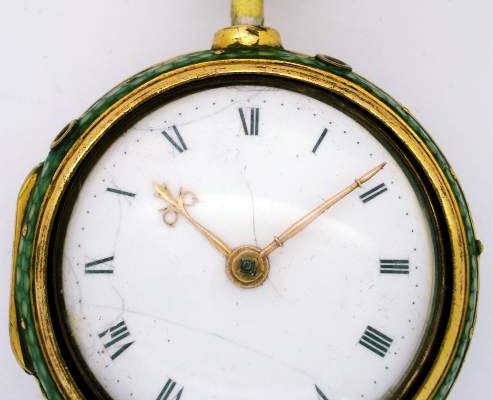 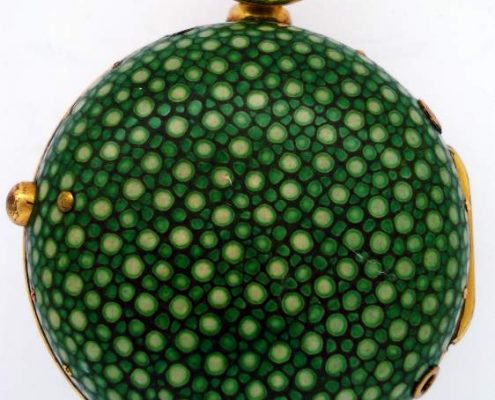 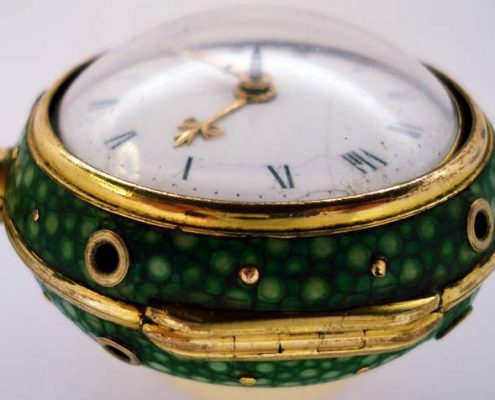 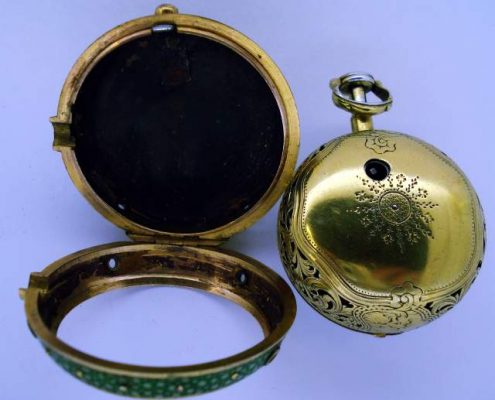 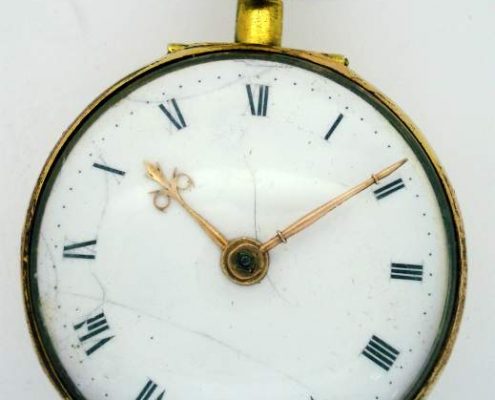 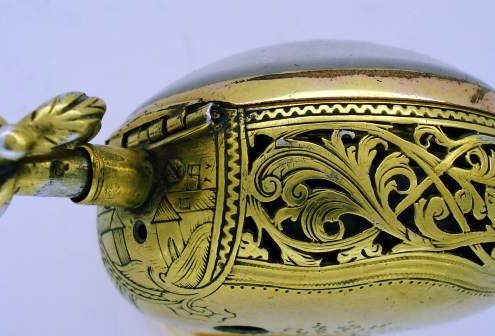 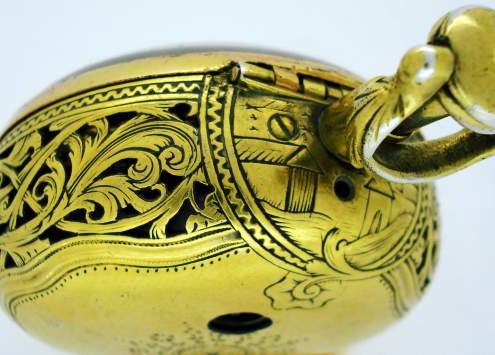 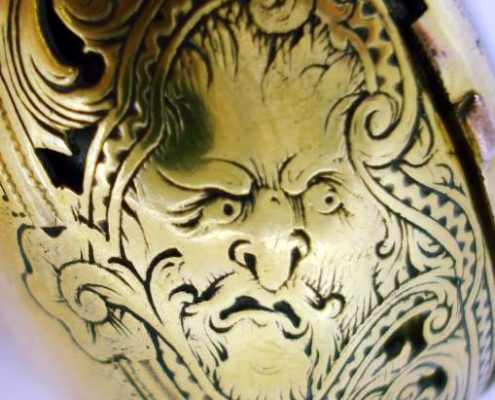 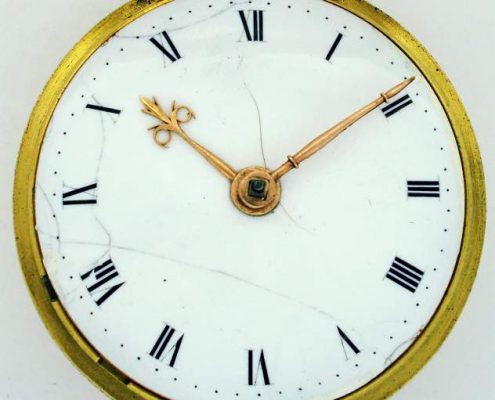 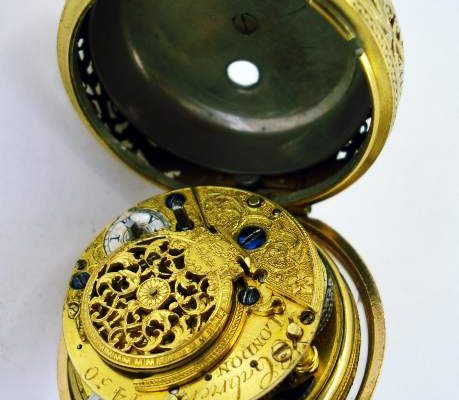 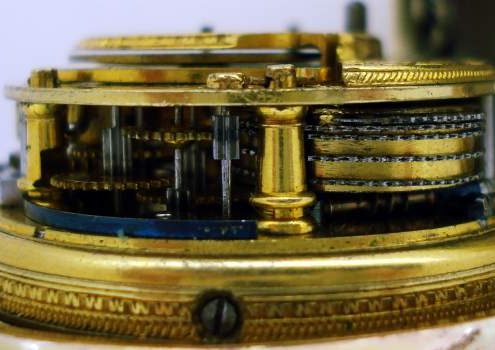 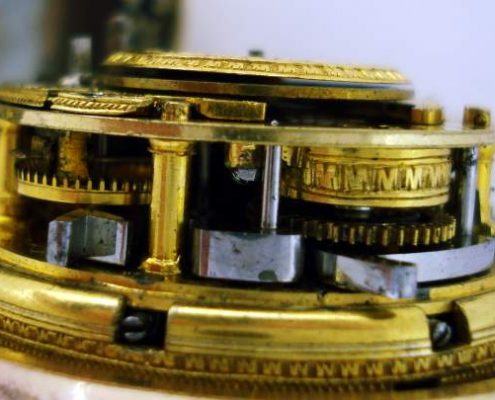 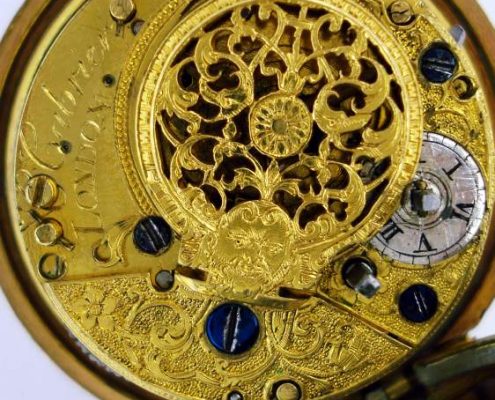 his early English repeater, by a good London maker, is in an attractive, though slightly later, shagreen pair case.

There are two unused holes on the top plate which would originally have had steel posts, holding the dustcap (now absent). The fusee stop lever (small steel hinged post) is also missing so care to be taken when winding the watch.

DIAL : 34.25mm. White enamel in poor condition with hairlines and repairs around the edge. This is a later dial probably added in the late 18th century. Excellent gold beetle and poker hands.

INNER CASE : 40 mm. Silver gilt with no hallmarks. Beautifully pierced and engraved. Generally in good condition with no dents, scratches or repairs, but a little wear to the the gilding on the stem and bow, a missing gilt screw at the stem, and the bezel does not snap shut (though the hinge is fine). The high dome crystal has just one tiny chip on the edge.

OUTER CASE : 47.75 mm. Shagreen with gilt rims. The catch and hinge are good and the case snaps shut nicely. The shagreen has a wonderful colour and very little damage (a few tiny chips). The gilt pins and sound hole surrounds are complete.

This outer case is a little later than the watch and is not original. It is slightly too big though it holds the watch nicely and is a beautiful case.