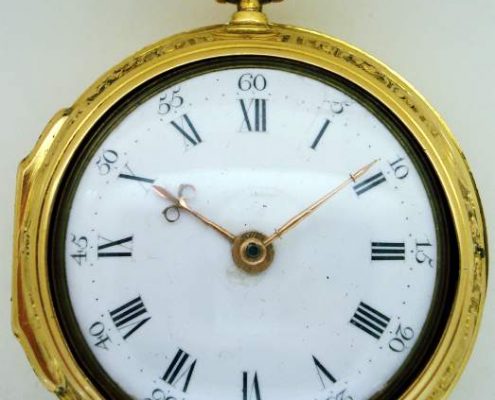 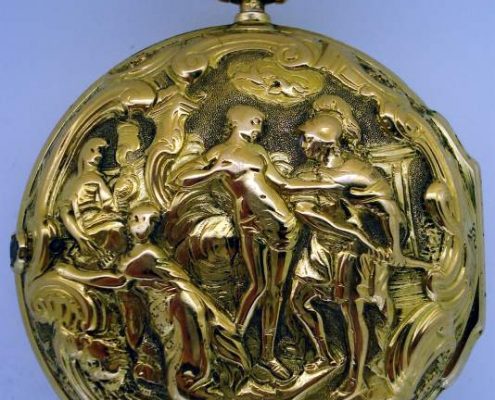 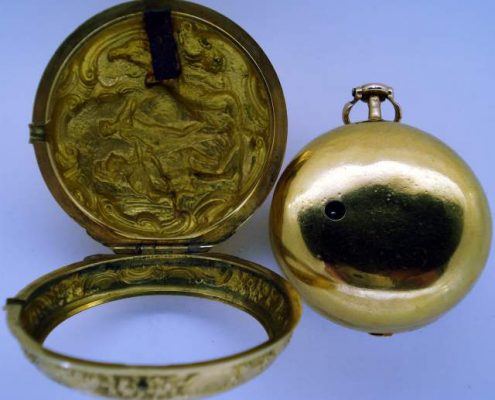 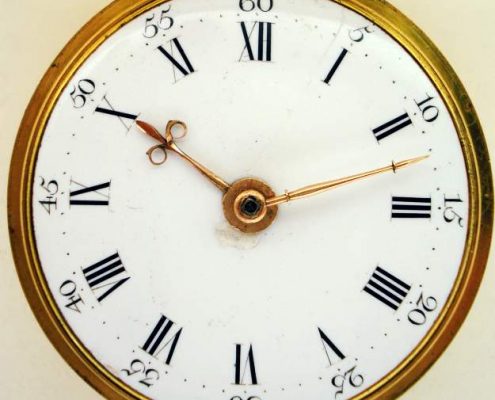 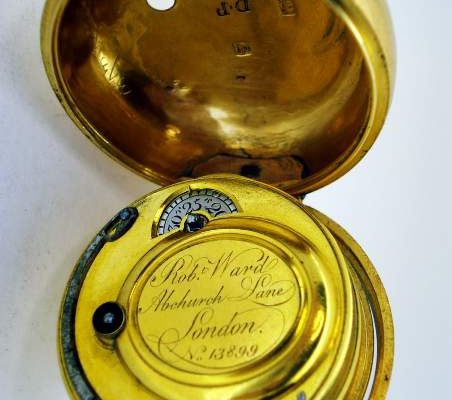 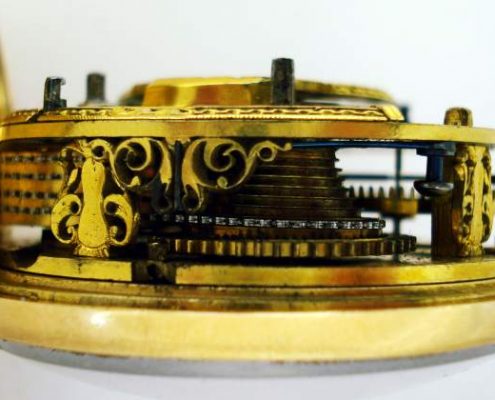 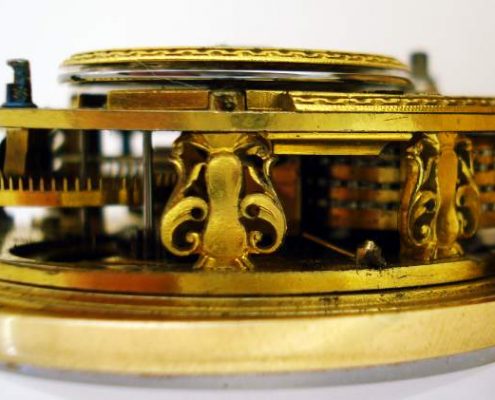 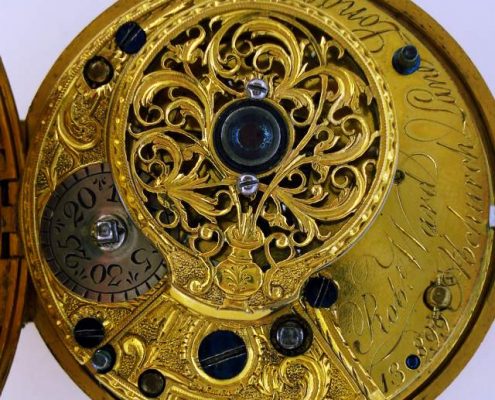 DIAL : White enamel dial, in good condition with a light hairline between the centre and 1 and repairs on the edge at 7 and at the centre hole. Good 18thc gold beetle and poker hands.

INNER CASE : London hallmarks for 22ct gold, 1773. Maker’s mark DP. There is a break to one of the hinge sleeves (though the bezel is held firm and the case snaps shut nicely) and the pendant has been reattached and reinforced from the inside of the case. A few small dents and rubbing around the band but in generally good condition. Nice stem and bow which appear to be original. Good high dome bull’s eye crystal with no damage.

OUTER CASE : A wonderful and heavy case. 22ct gold with no hallmarks. The catch button is worn but otherwise in very good condition throughout with a little wear to the high points but no holes or repairs.

The outer case alone weighs 37.5 gms. and total weight of the gold cases (with crystal) is just over 64 gms.

Robert Ward is listed at Abchurch Lane, London after 1768 and was in the Clockmakers Company between 1779 and 1808. Known for musical clocks.