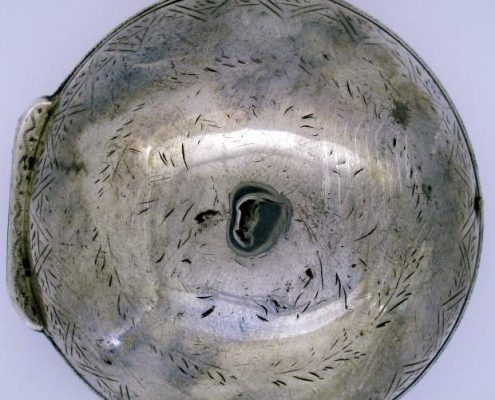 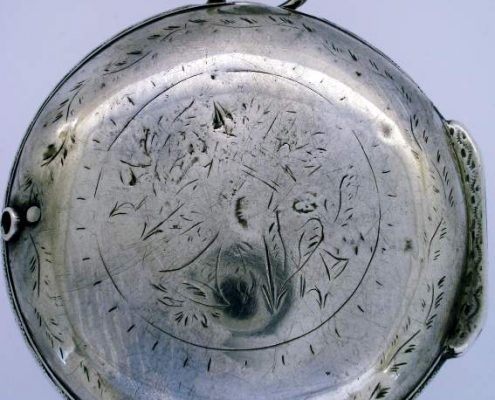 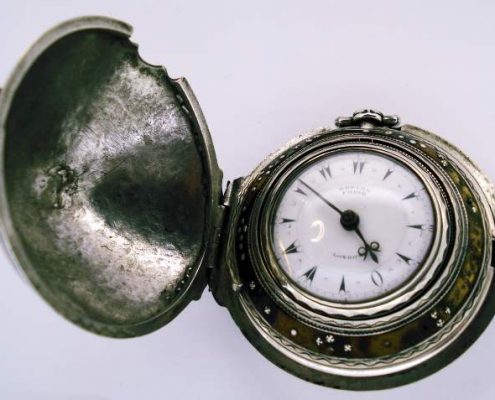 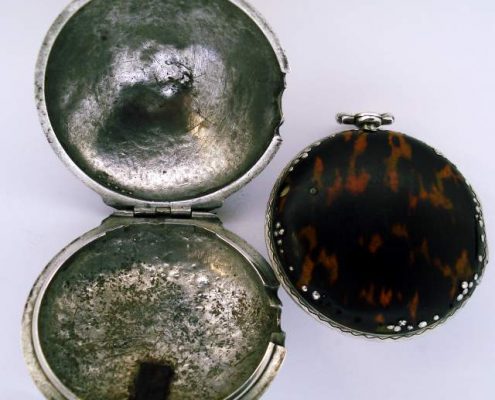 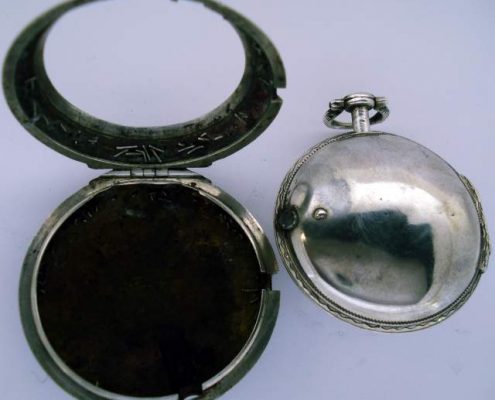 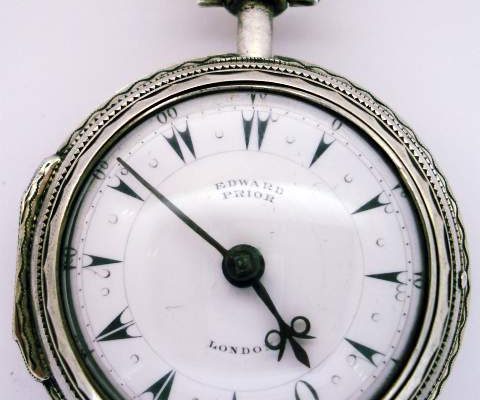 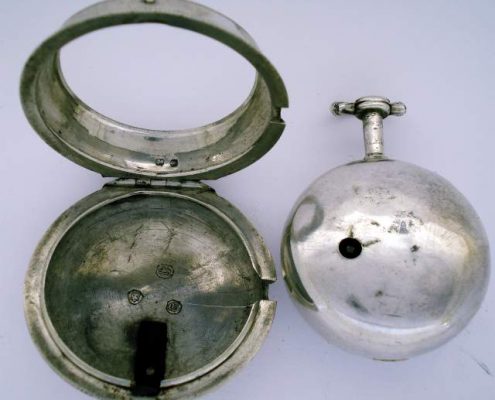 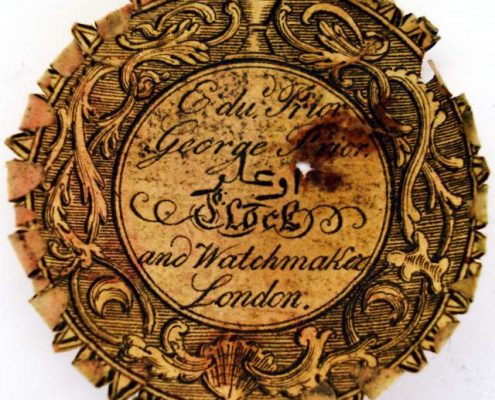 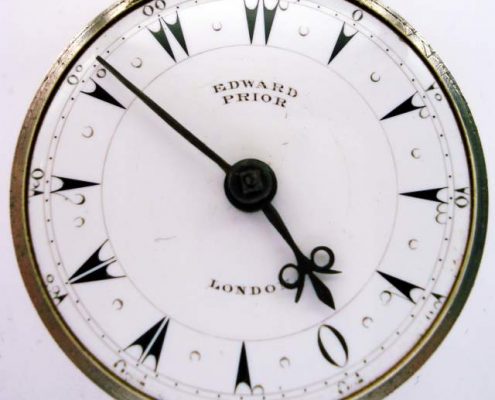 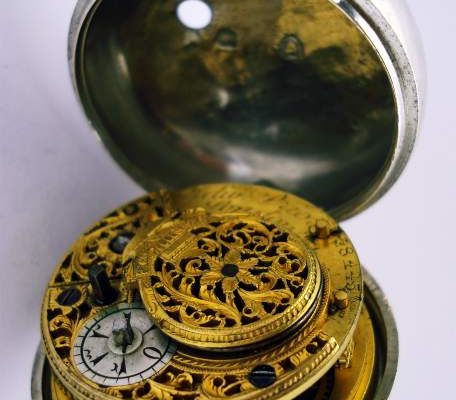 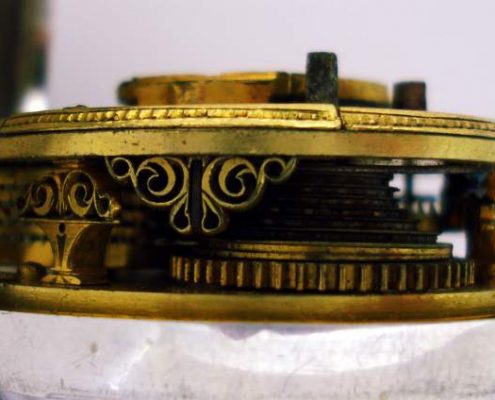 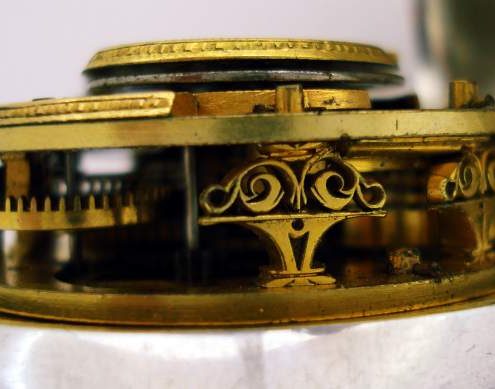 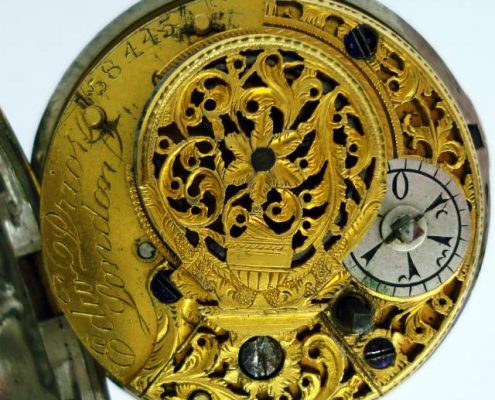 MOVEMENT : Nicely gilded movement with very ornate pillars, blued screws, and engraved and pierced balance cock. The movement is signed and numbered (58443). It is in very good original condition and is running well.

DIAL : The signed white enamel dial, with Turkish numerals, is in very fine condition with no repairs, no hairlines and just some very light surface scratches. Nice early steel beetle and poker hands.

SILVER INNER CASE : London hallmark and maker’s mark JD but year mark rubbed. Generally good condition though a few bruises on the back. The very high dome crystal is fine and the case snaps shut nicely.

SILVER SECOND CASE : Hallmarks for London, 1842. Very good condition with just some very small dents to the back and wear to the catch button. The case snaps shut nicely.

This case contains a very rare watchpaper from the original maker “Edward and George Prior”.

SILVER/SHELL THIRD CASE : No silver hallmarks. The construction is of a brass base with silver rims. In reasonable condition with a good colour to the shell. No restoration. Two sections of shell missing from the bezel and just one very small piece from the back. There are just a few silver pins missing. The hinge is fine though the catch is absent.

SILVER FOURTH CASE : Dome shaped, engraved silver. The hinge is fine though the catch has broken. Heavy gauge silver in generally good condition with no repairs, though wear to the engraving.

Edward Prior worked in London during most of the 19th century. Like his father, George, who he succeeded, Prior specialized in watches for the Eastern market and was making verge watches of 18th century style, still popular in this market, well into the 19th century.