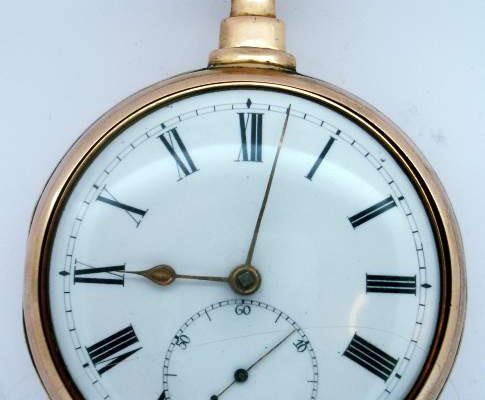 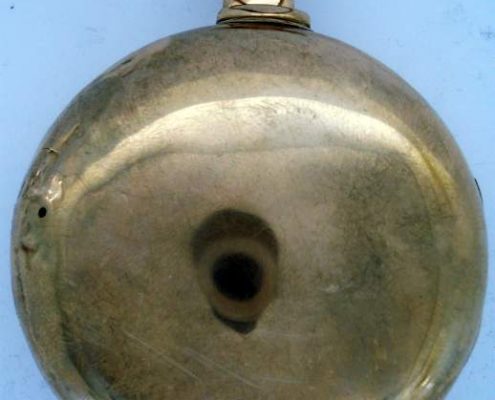 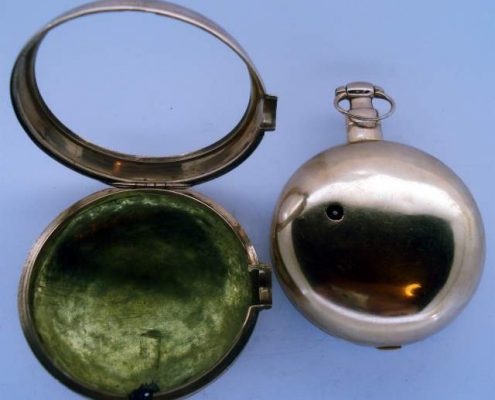 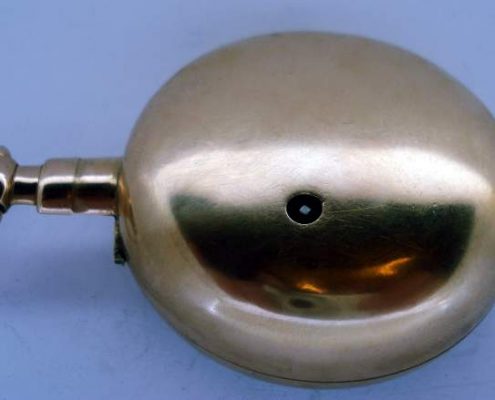 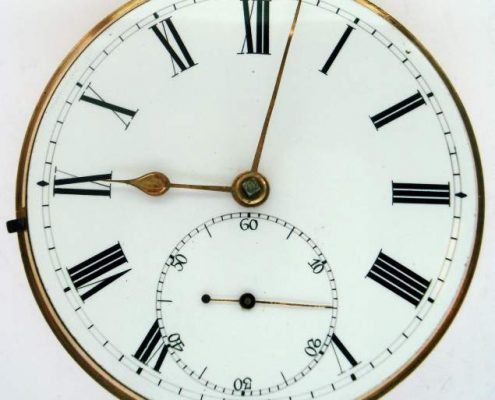 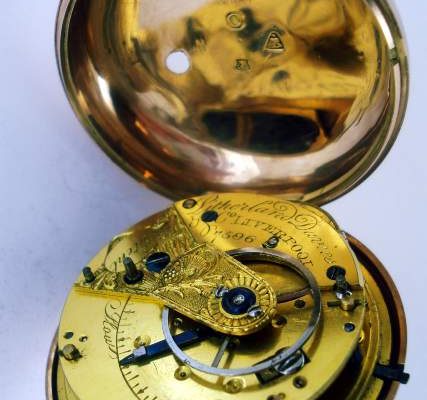 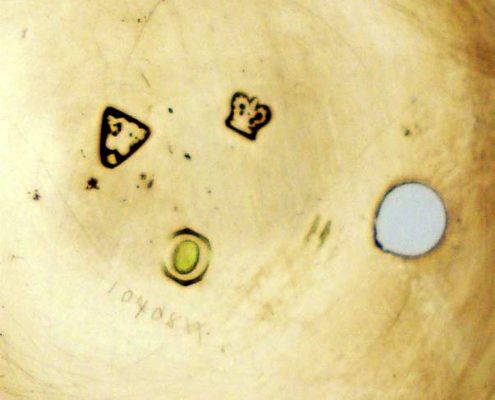 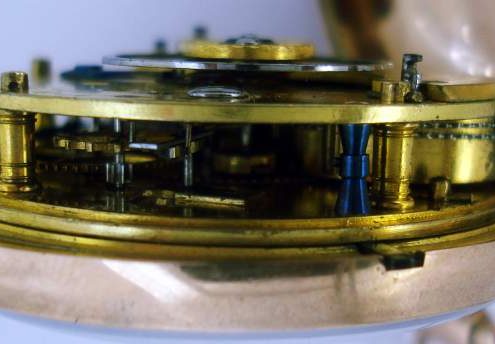 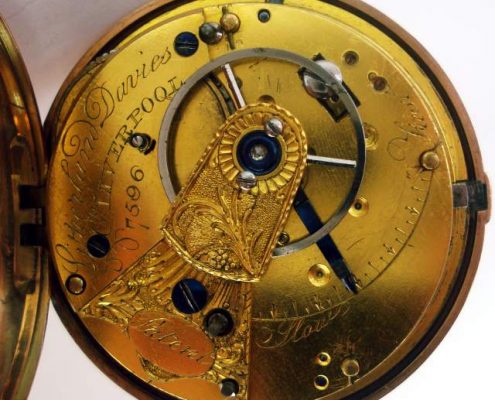 MOVEMENT : Gilded lever movement, fully signed and numbered (7596). Diamond endstone to the balance cock. The movement is complete except for the removable brass dustcap which is missing and the stop lever which should stop the movement by using the lever on the outside of the case at 9. The movement ticks (though a little erratically) if face down but stops when face up.

INNER CASE : Diameter 51.25 mm. Hallmarks for London, 1829. The other marks are worn but probably for 18 rather than 22 ct gold. Very good condition with just some thinning to the bow. The crystal is fine and the case snaps shut nicely.

OUTER CASE : Diameter 57.5 mm. No hallmarks visible though certainly a pair to the inner. The hinge is fine though the catch and spring are absent so the case does not snap shut. Reasonable condition with one light bruise on the back and some small dents and bruises around the area where the catch should be.