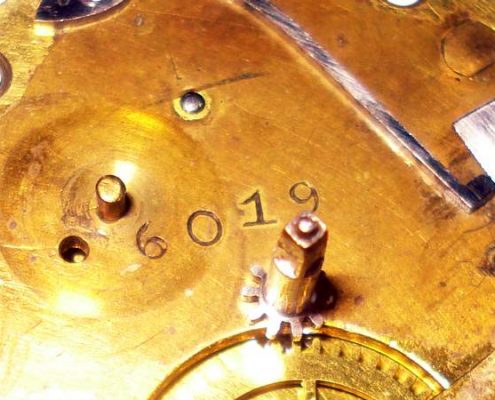 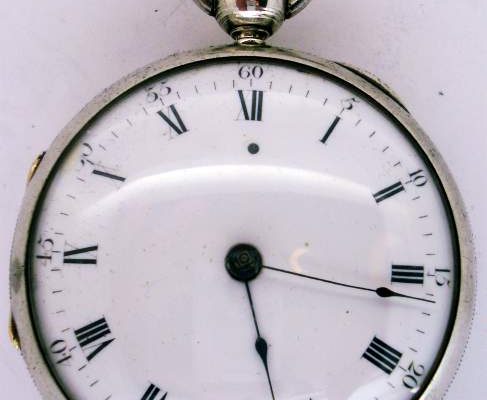 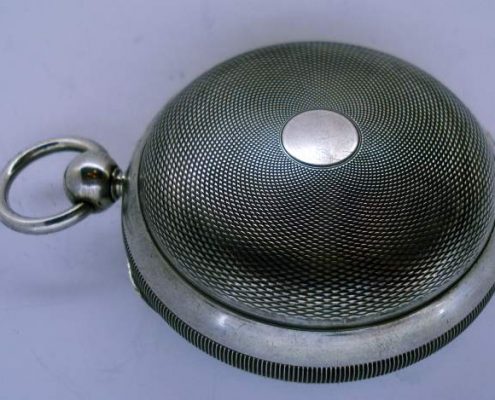 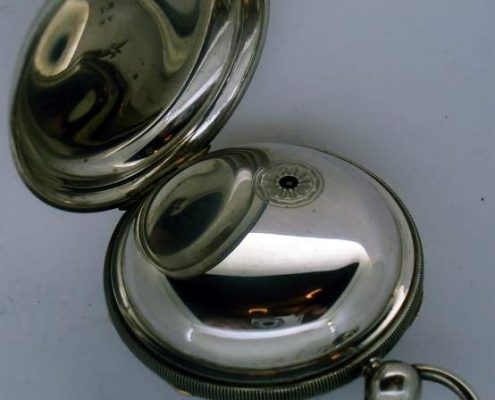 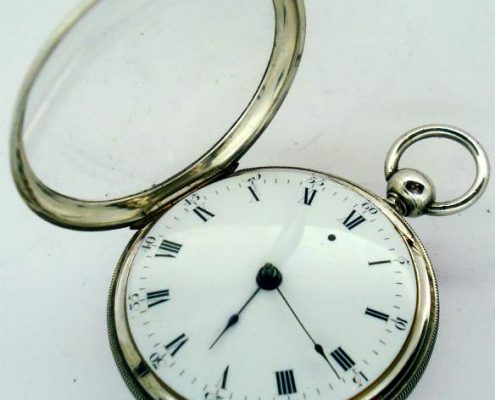 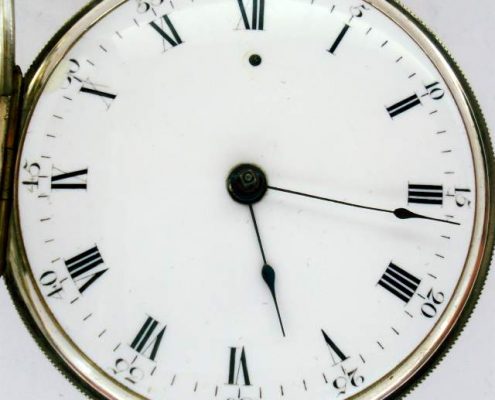 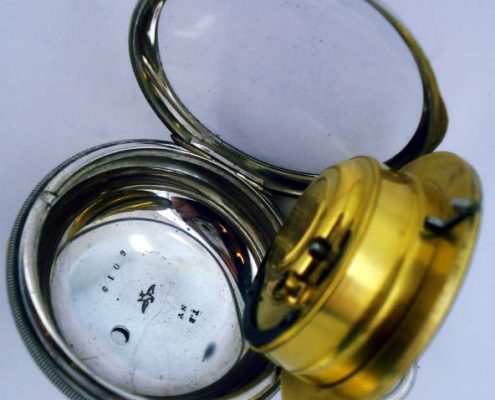 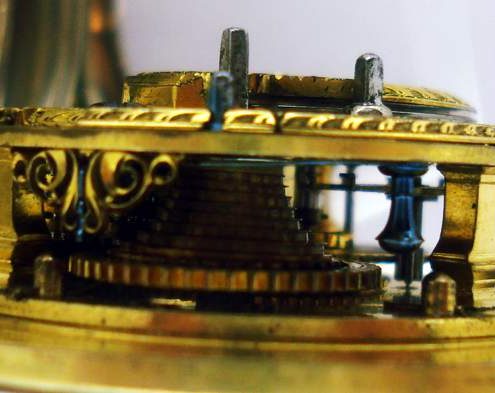 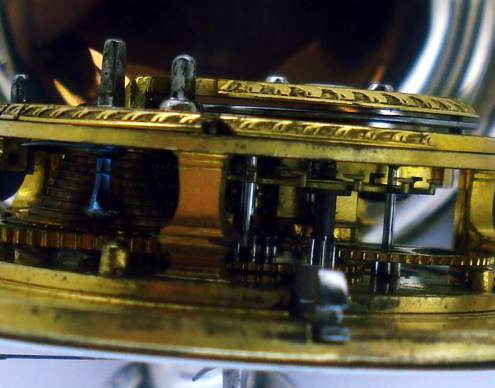 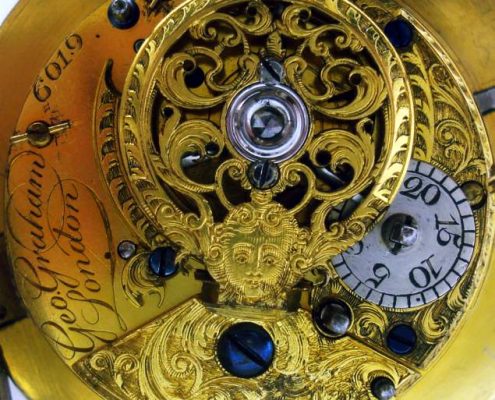 A very fine cylinder movement, by the great George Graham, in a later, purpose made American silver case.

MOVEMENT : Gilt cylinder movement, fully signed and numbered (6019). Diamond endstone and signed removable gilt brass dustcap. The dial plate and underside of the balance cock foot are also engraved with this serial number (6019). An interesting feature of the balance is the hairspring stud which has a square section hole and pin, rather than the normal round section. The use of square pins was first used by Thomas Tompion. All in good condition and running well.

DIAL : White enamel. Nice condition but with some surface scratches and a repair on the edge at 10. This dial was probably added when the movement was recased in America.

CASE : A very fine quality American silver case, purpose made in the mid 19th century for the movement. Maker’s mark TB, with NY for New York and the eagle hallmark. Also stamped with the movement serial number (6019). Milled band and engine turned back. All in fine condition.

The serial number of the movement dates it to about 1742, by which time George Graham had switched from verge to cylinder movements.