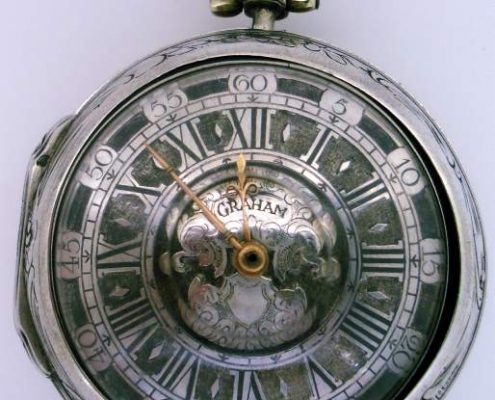 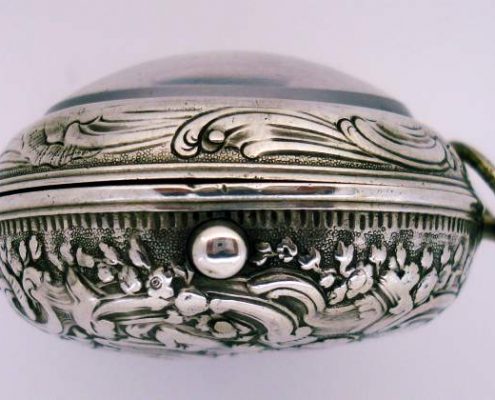 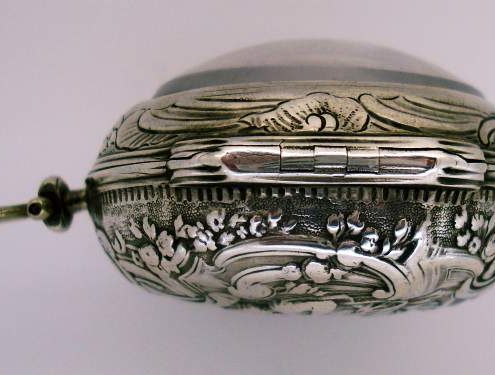 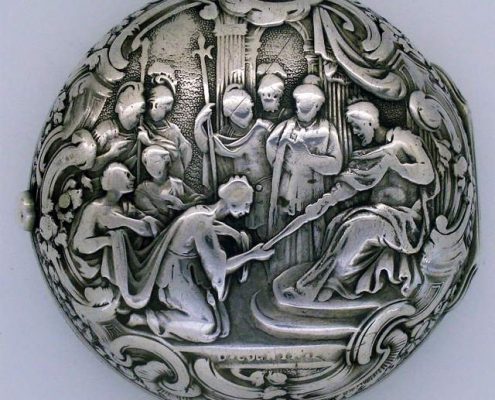 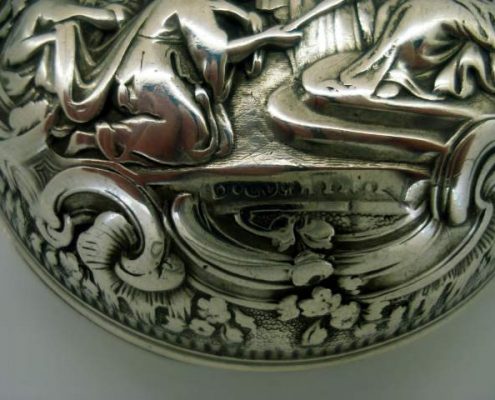 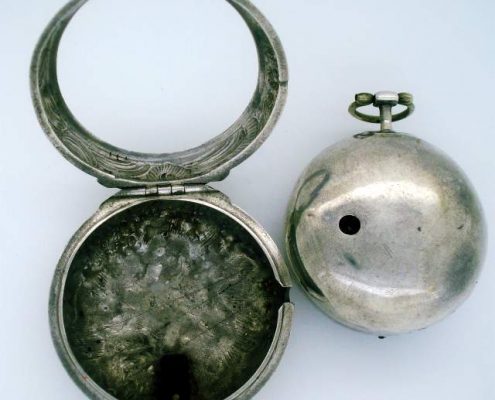 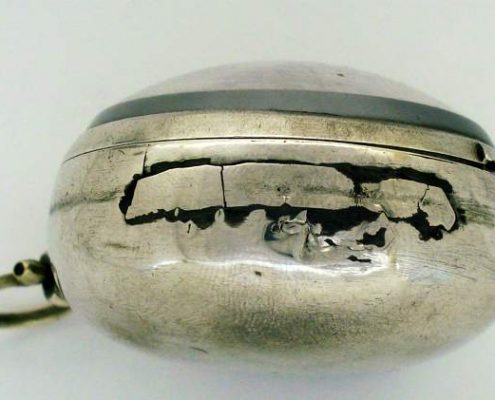 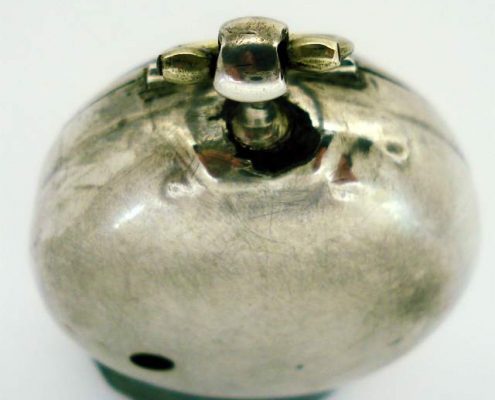 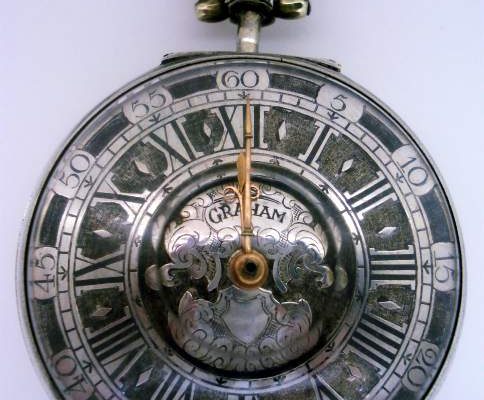 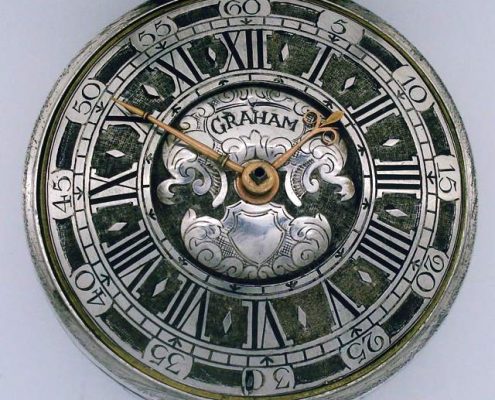 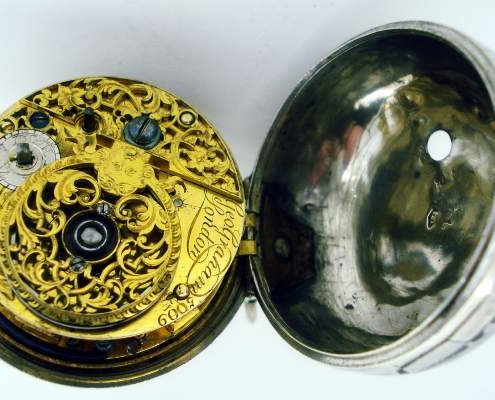 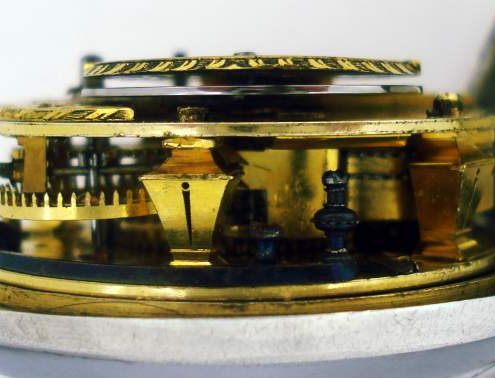 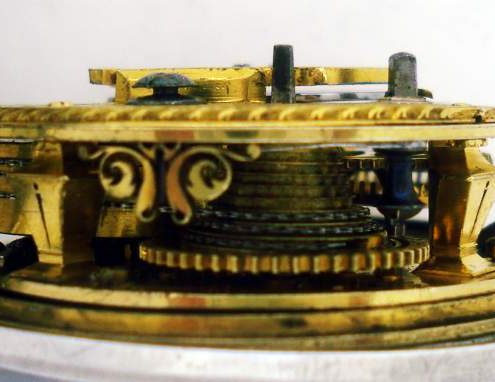 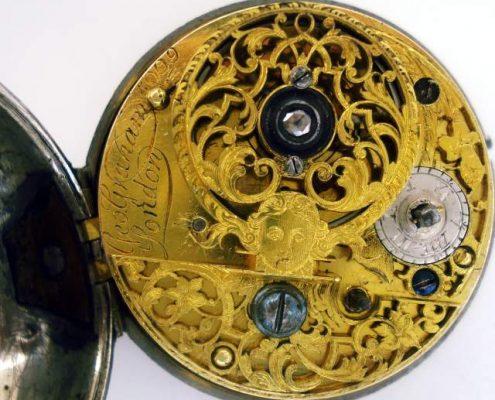 MOVEMENT : Signed and numbered (5009) gilt brass verge movement, with wonderful engraved balance cock with diamond endstone. The movement is running, though a little fast (gaining about 10 minutes per hour).

INNER CASE : 45.5 mm. Maker’s mark rubbed. Poor condition with reinforcement on the inside at the pendant and substantial old repair to one side. Later bow. The high dome bull’s eye crystal has some light scratches and one very small chip on the inside bezel at 5.

OUTER CASE : 53.5 mm. Wonderful early silver repousse case., signed D. COCHIN (a little worn but clearly decipherable). There is some wear to the high points of the repousse work, but no holes. The hinge, catch and catch button are all fine and the case does close.

I am satisfied that this watch has a genuine George Graham verge movement. The dial and repousse case are replacements though both of very good quality.

The top plate and movement train (between the plates) look fine. The balance cock and signature on the plate are all typical for George Graham verges of this period. The dial plate is stamped with the serial number (5009) in the same style as the top plate, but the dial plate also has numerous unused holes, indicating that the current dial, with false plates, are replacements. The false plates have been heavily modified to fit the dial and dial plate.

George Graham produced verge watches up until about 1725 before switching to cylinders only. The movement serial number (5009) dates this movement to about 1720.

Daniel Cochin was a very well known and fine repousse worker, based in Geneva and later in Paris during the mid 18th century. This case dates from around 1740.