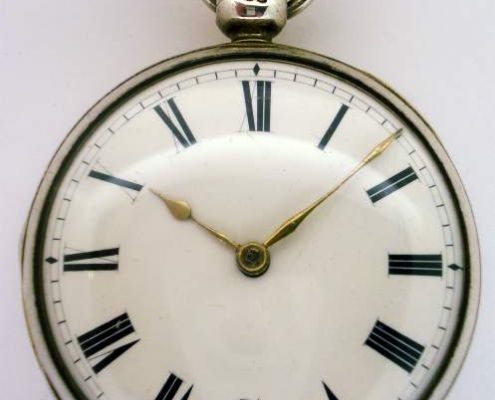 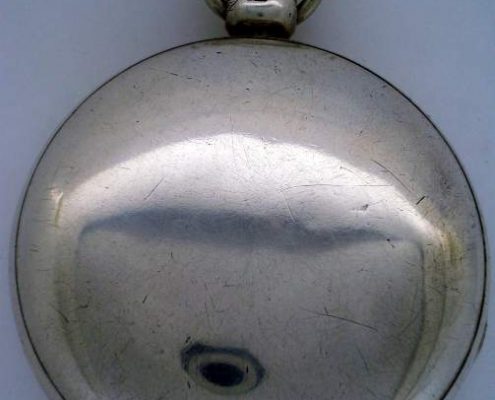 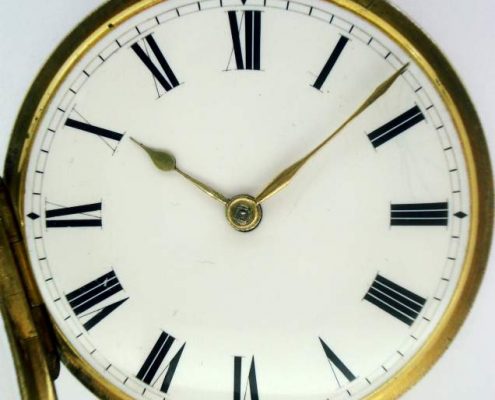 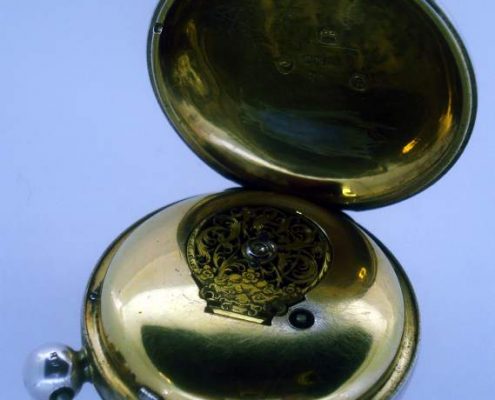 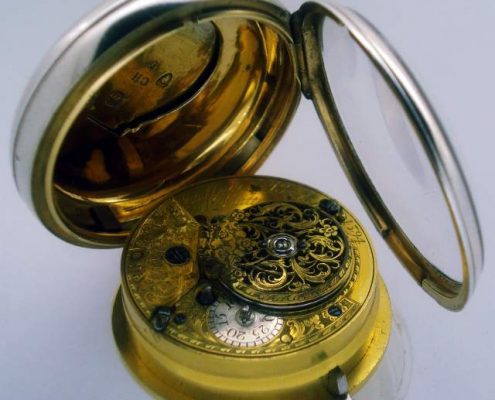 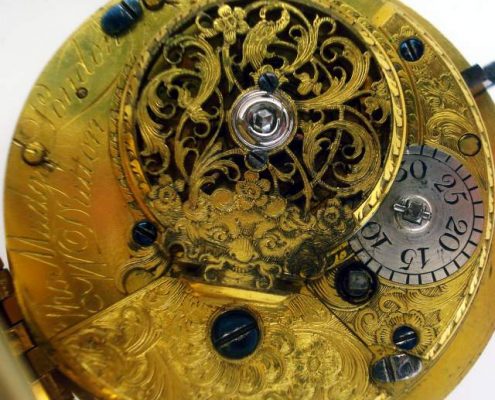 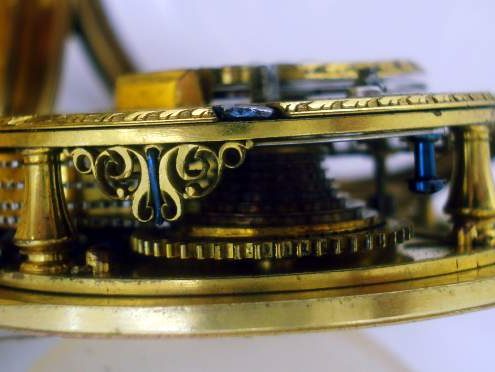 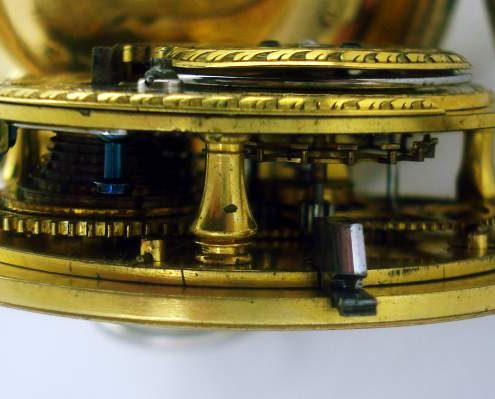 This is a cylinder movement watch, by the great Thomas Mudge, in partnership with William Dutton, made around 1770. It is in a later silver case, made especially for the movement.

MOVEMENT : Gilded cylinder movement, with engraved and pierced balance cock, and diamond endstone. Signed (Tho. Mudge W. Dutton London) and numbered (1394). The movement is protected by a removable gilt metal dust ring, which is probably a later addition. It is all original (except for the dust ring with its 2 steel catches), in good condition and is running well.

DIAL : The later white enamel dial is 45 mm in diameter. Good condition but with a few light scratches and some light hairlines near the edge between 2 and 3 and another on the edge at 10. This dial is of the same period as the case (ie. 1829).

CASE : 52 mm in diameter. Later silver case, gilded inside, hallmarked for London, 1829, maker CH. A cutaway to the inner cover shows the balance cock. In very good condition with a few scratches to the gilding on the inside of the back cover. The crystal, hinges and catches are all fine.

This case and dial fit the movement perfectly and have been made specially for the movement.