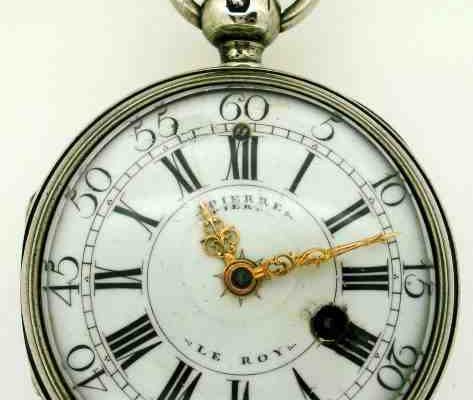 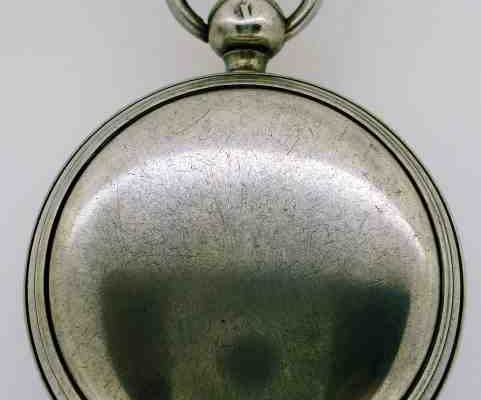 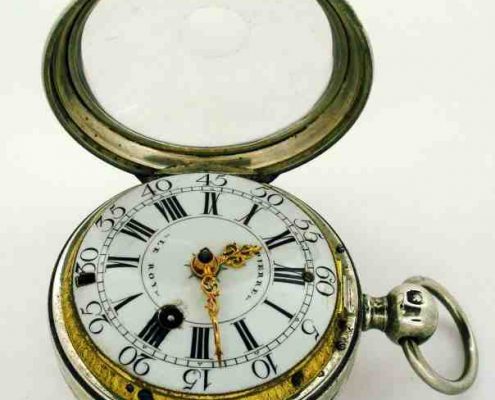 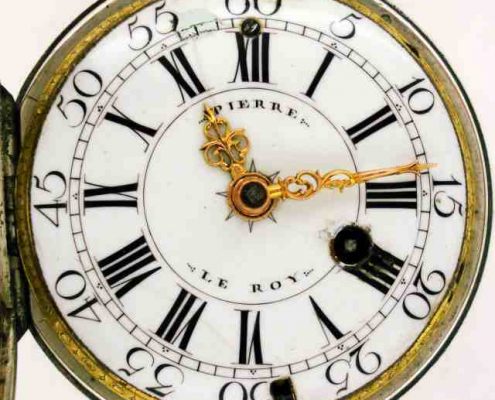 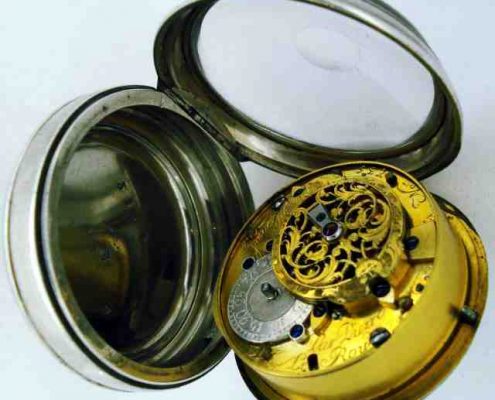 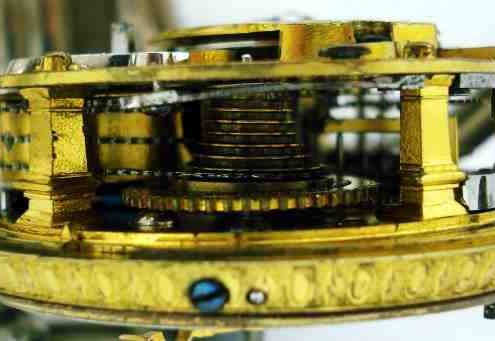 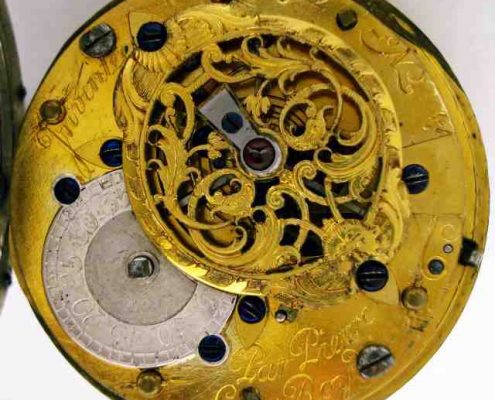 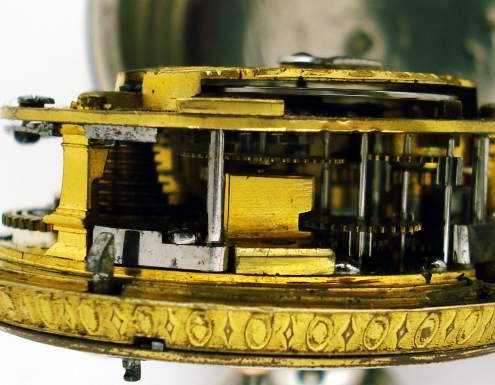 MOVEMENT : Fully signed (Inventee Par Pierre Le Roy) and numbered (835). Good quality cylinder movement with ruby endstone. Clean condition and running well. The repeating function is complete and working correctly, with two hammers striking the case once for the hours and twice for the quarters. The movement is protected by a removable gilt brass dust ring.

DIAL : 37.5 mm. White enamel, signed as the movement. There are two hairlines, the larger between the centre and 11, and a smaller hairline between 6 and 8. There are also some restoration at 11 and around the winding hole.

CASE : 46.25 mm. Later silver case with French silver marks on the crown and inner back. A nice heavy solid case, almost certainly made specially for this movement, probably around 1800.