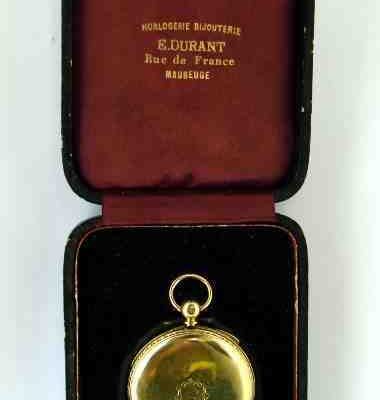 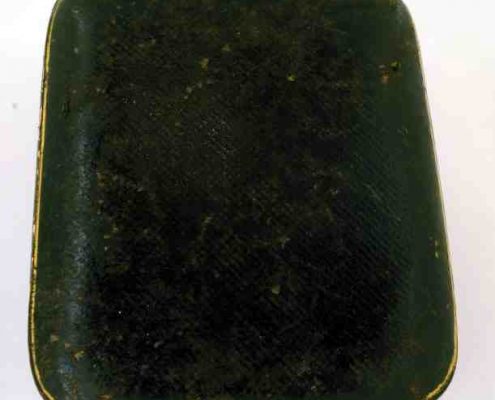 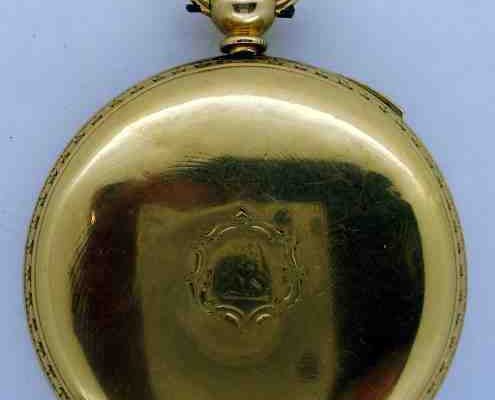 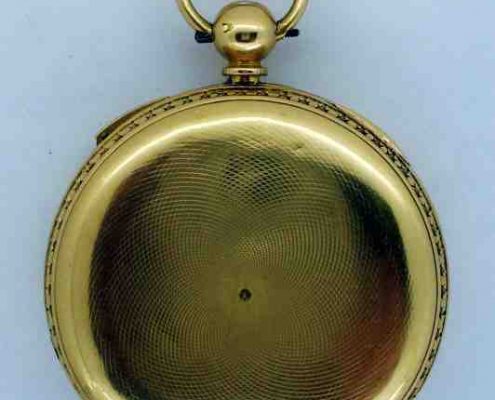 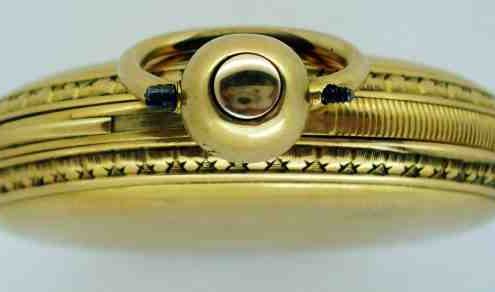 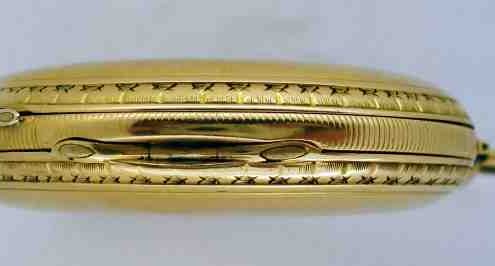 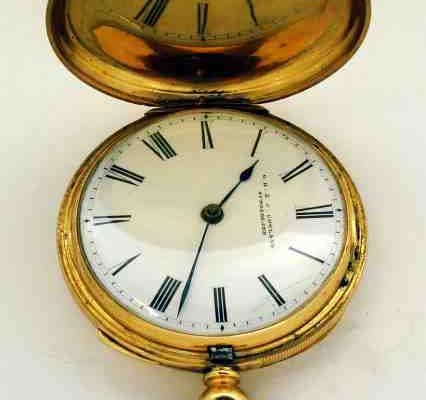 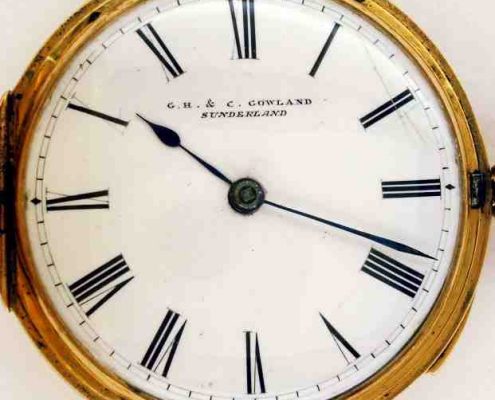 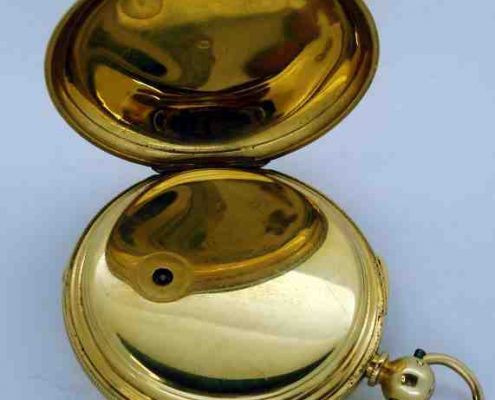 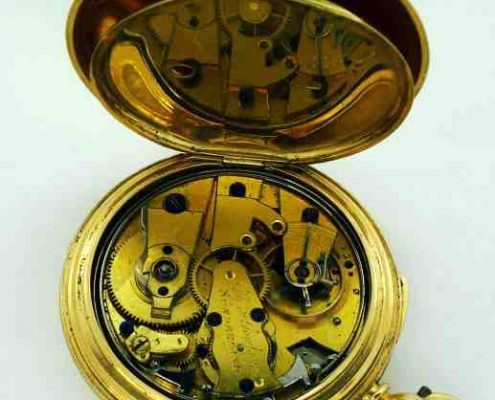 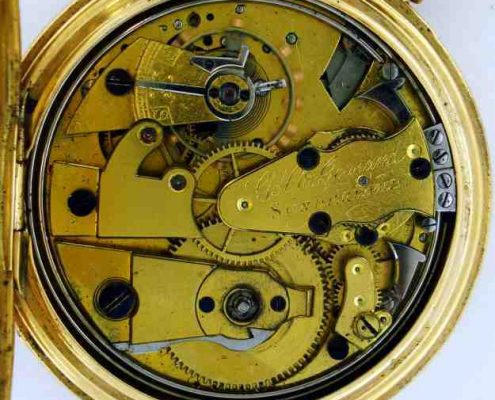 MOVEMENT : Fully signed (G.H. & C. Gowland, Sunderland) gilt lever movement. The repeater function correctly strikes one gong for the hours, two gongs for the quarters and then one for the minutes. Nice clear chimes. The repeating and movement are both running well and the watch keeps good time.

DIAL : The signed white enamel dial is about 38mm in diameter. There is a short hairline and two scratches at 2 o’clock but otherwise fine with no repairs. Nice blued steel hands. The crystal is synthetic (not mineral).

CASE : The hunter case is hallmarked as 18 carat gold but the marks are worn, especially the year mark. However I believe that the mark on the inner cover is for London, 1872 which is fine for the style of movement and the maker. The case is engine turned, front and back, with a foliate band and central cartouche (with crest). Although the engine turning is worn, the overall condition is good with no significant dents or scratches. The cover flips open nicely when the crown is pressed.

The case is 45mm in diameter (excluding the crown) and the watch weighs 73 grams (including the movement).

The watch is complete with a black leather, black velvet and red satin fitted retailer case, from “Durant, Maubeuge (France)”. This is an old case, but is still in good condition with the catch and hinges all still fine, though the leather is a little worn.