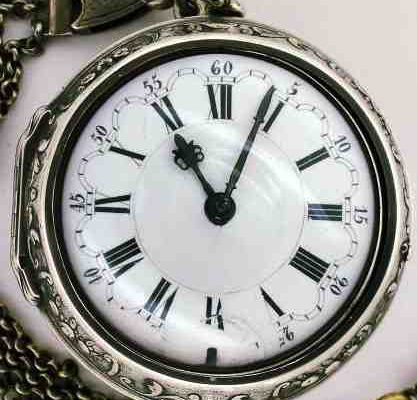 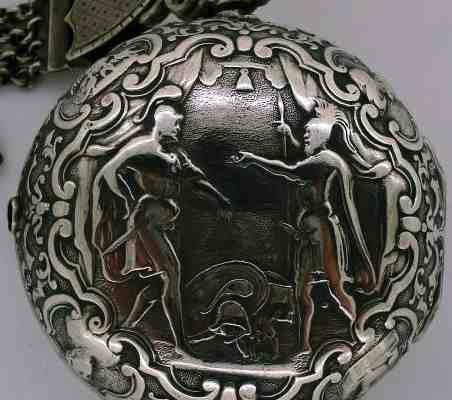 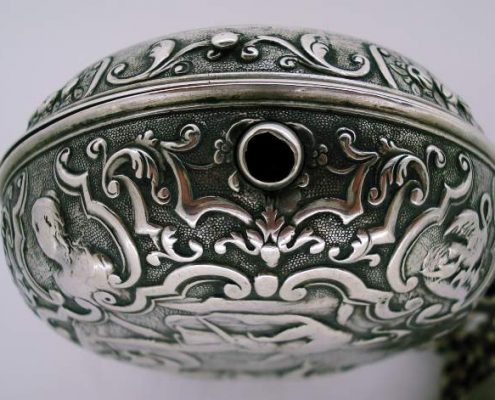 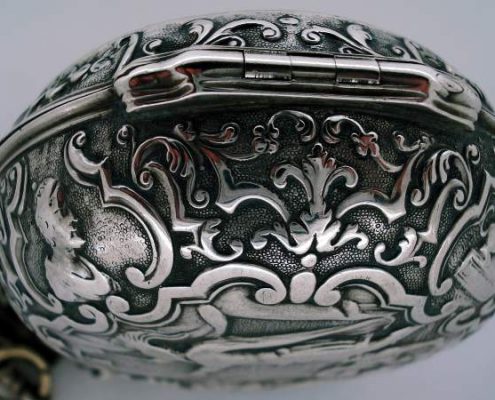 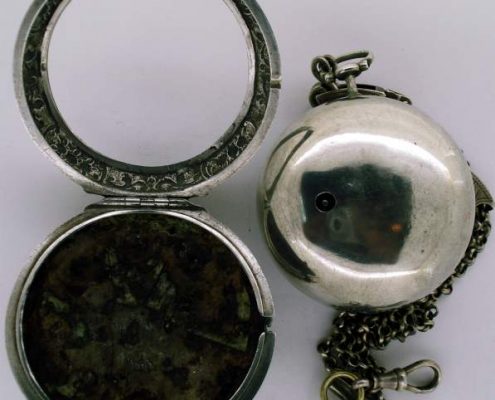 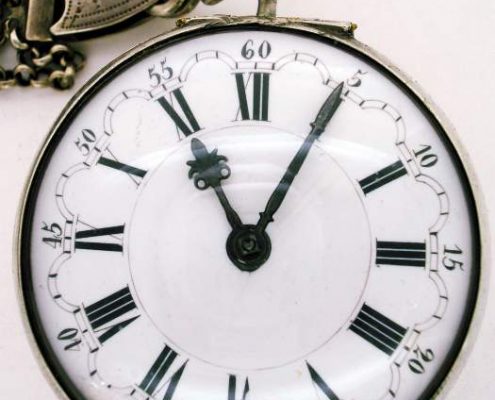 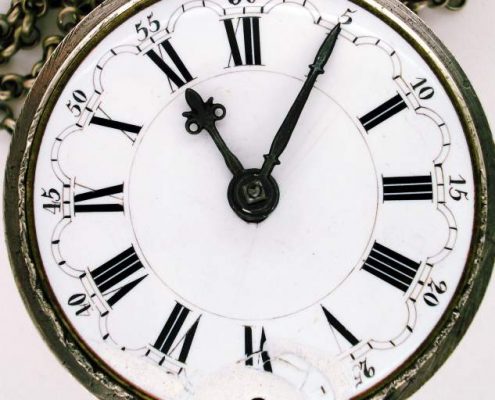 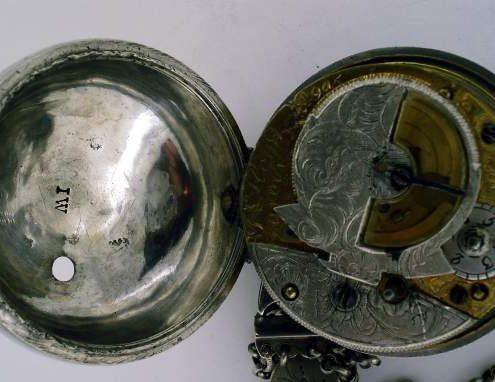 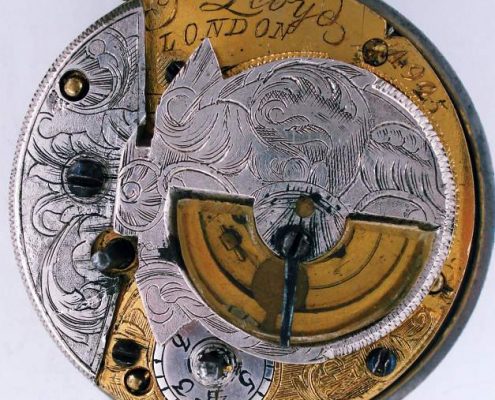 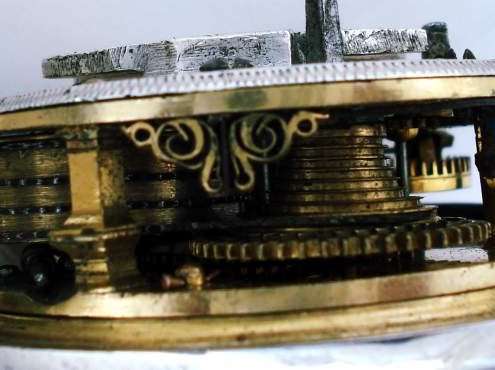 MOVEMENT : The verge movement is signed and numbered (4925). Very unusual silver engraved balance cock with glazed cut out showing the mock pendulum balance. It is in good condition and is running well.

DIAL : The later mid 18th century large white enamel dial is about 41 mm in diameter. It has a substantial repair at 6 o’clock though the rest of the dial is very good. Later steel beetle and poker hands (reproductions).

INNER CASE : Worn indecipherable hallmarks, but maker’s mark IW. The hinge and catch are fine and the case closes properly. The silver is in good condition with no repairs but marks around the upper rim (hidden by the bezel). The high dome bull’s eye crystal is also fine with no damage or significant scratches.

OUTER CASE : A really nice early repousse case (though a bit rude). No hallmarks. The silver is worn on the raised surfaces but only two small holes on the bezel and the button has worn down. The hinge and catch are fine and the case snaps shut.