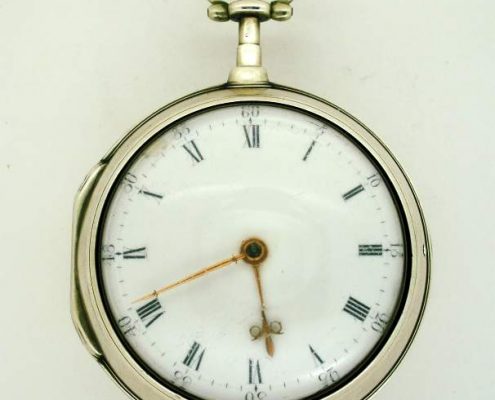 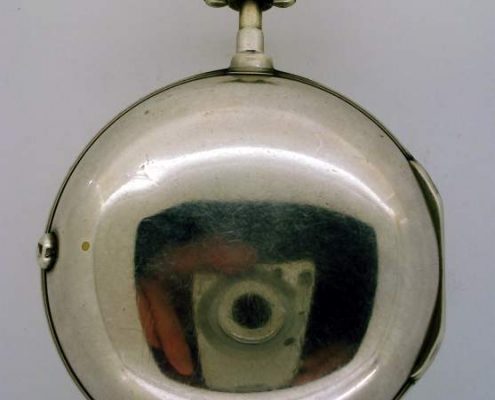 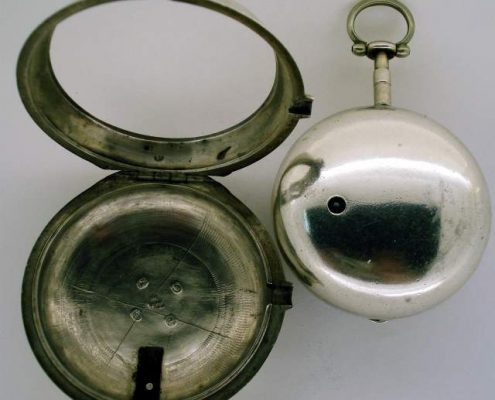 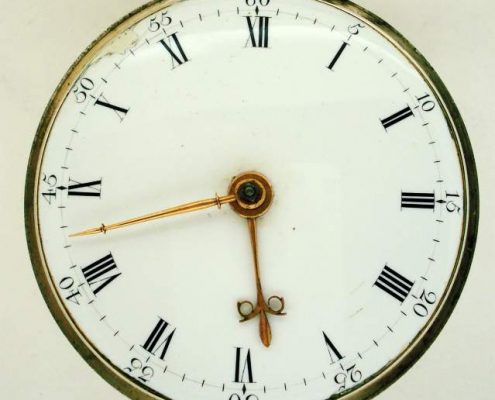 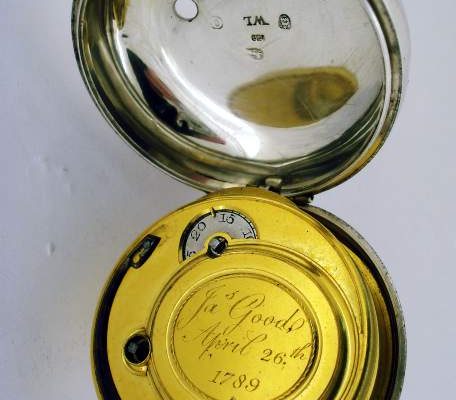 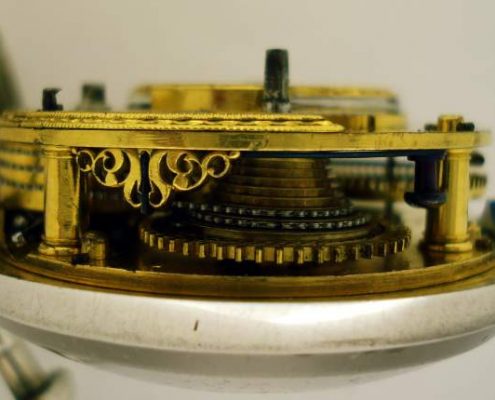 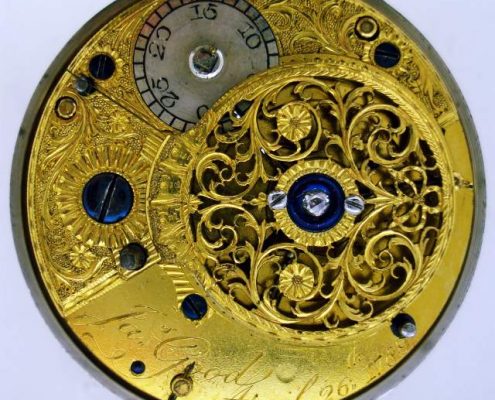 This is a large George III English silver pair cased pocket watch, in fine working condition, with a verge escapement fusee movement, made around 1789. The dustcover and movement are signed and dated.

MOVEMENT : Very clean, gilded movement, with blued screws and large diamond endstone. Running well. It is fully signed and dated as follows :
Ja. Good April 26th 1789.
James Good was probably the original owner rather than the maker. The movement is protected with a fully signed gilded brass dustcap.

DIAL : The large white enamel dial is about 42.75 mm in diameter. It is in nice condition with just some light surface scratches, some tiny edge chips right on the edge around 5 o’clock and a repair on the edge between 10 and 11. Very fine, original gold beetle and poker hands.

INNER CASE : Hallmarks for London, 1789, maker’s mark WL. The case is in very good condition and snaps shut nicely. The high dome bull’s eye crystal has a few scratches but no chips or cracks. The bow and pendant are fine without the usual repaired join to the case. The silver is in good condition with just a couple of very minor knocks.

OUTER CASE : Matching hallmarks to the inner and again in fine condition. The hinge and catch are fine and the case snaps shut properly, though the catch release button is slightly dented.