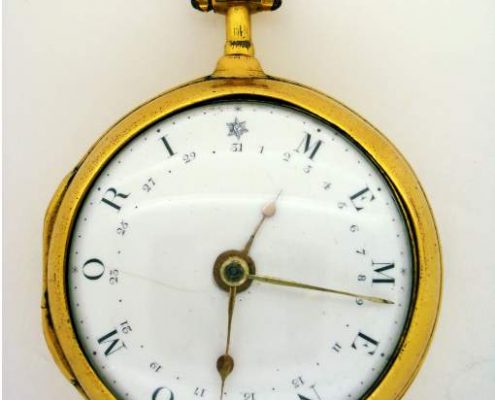 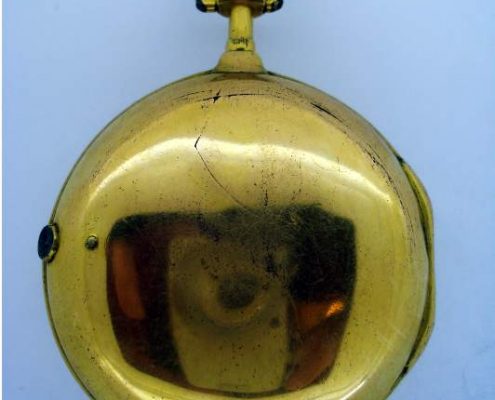 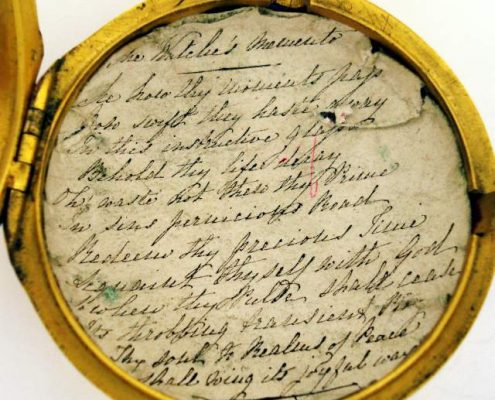 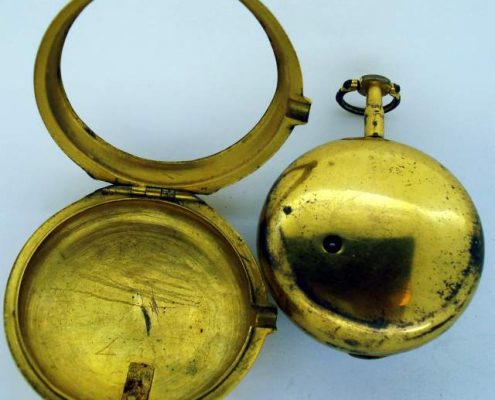 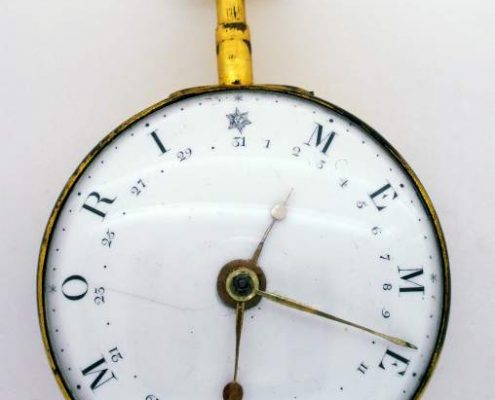 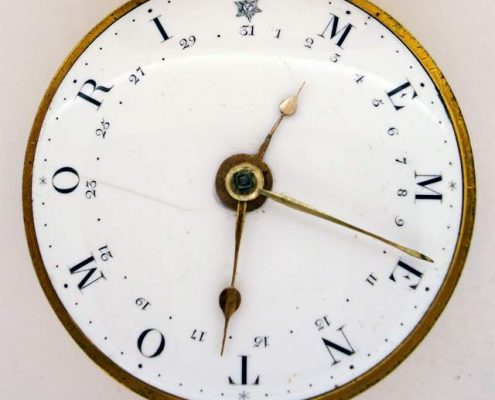 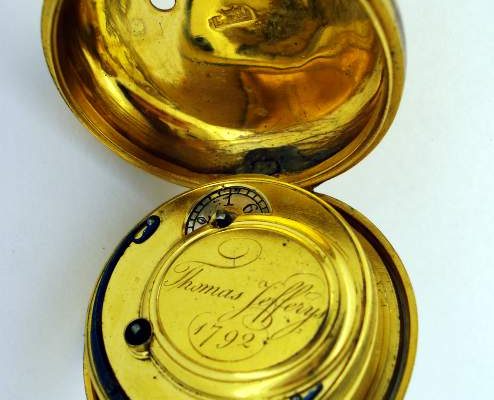 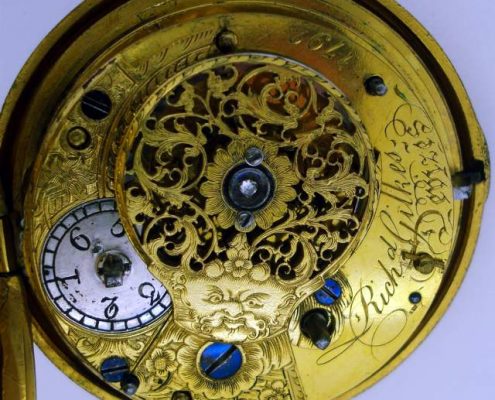 This is a rare and fascinating pair cased pocket watch, made as a memorial to a Thomas Jeffreys, by Richard Gilkes in Devizes, Devon around 1792.

MOVEMENT : Signed (Richard Gilkes, Devizes) and dated (1792). Nicely engraved and pierced balance cock with diamond endstone. The movement is protected by a removable brass dustcap which is engraved “Thomas Jeffreys, 1792”. It is running well to within a couple of minutes per hour. The calendar work is complete and works.

DIAL : The beautiful white enamel calendar dial has the letters MEMENTO MORI in place of numerals with a star in the place of the 12. It is about 43 mm in diameter and in good condition with just one light hairline running between 9 o’clock and the centre, and a couple of chips around the centre hole (mostly hidden by the calendar hand).

INNER CASE : The hinge is in good condition and the case snaps shut nicely. The high dome bull’s eye crystal is also in good condition. The bow and pendant are fine but with the usual repaired join to the case. The gilt brass is in good condition with no dents, some wear to the gilding around the sides and bow, and the repair on the inside where the pendant has been reattached.

OUTER CASE : Very little wear to the gilt. No dents but one sleeve broken on the hinge though it works fine. The catch and release button (worn down) work fine and the case snaps shut nicely. It is 53.5mm in diameter.

The outer case includes a watch paper in the form of a beautifully handwritten verse entitled “The Watche’s Mememto”.
This watch is a charming memorial to possibly a father or husband and I’m sure with some research, could be investigated further.