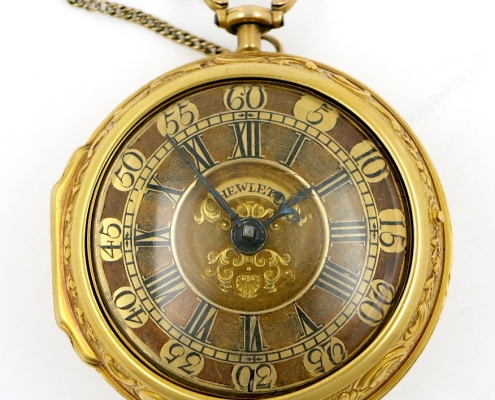 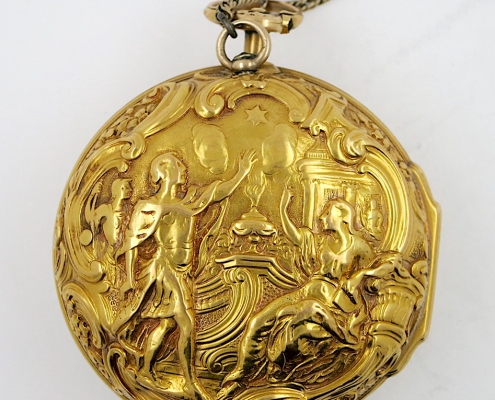 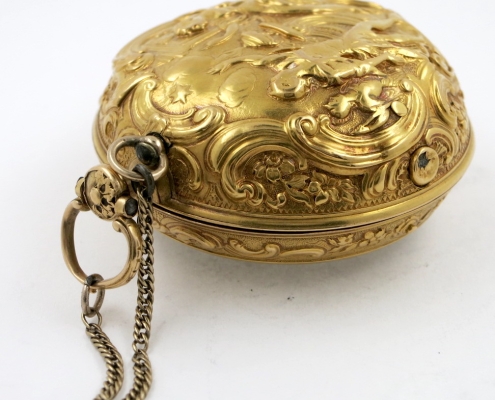 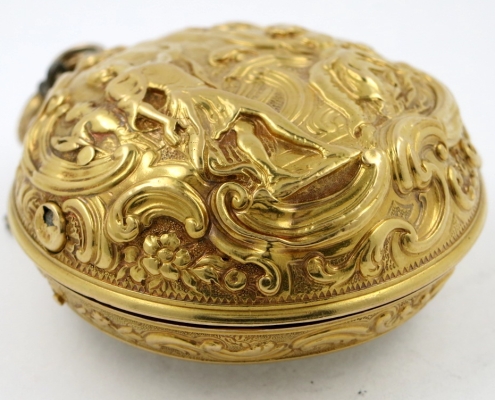 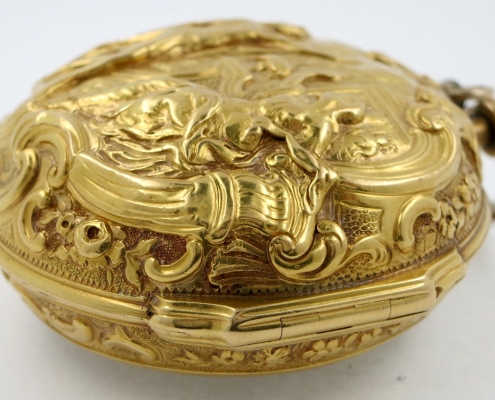 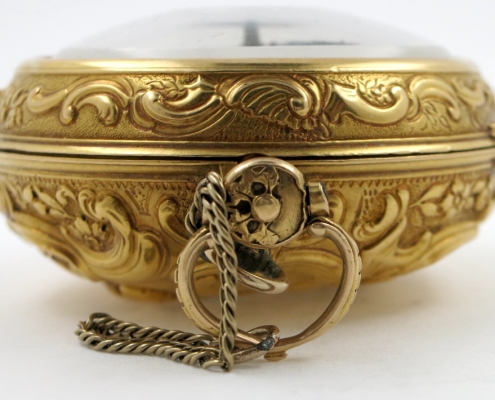 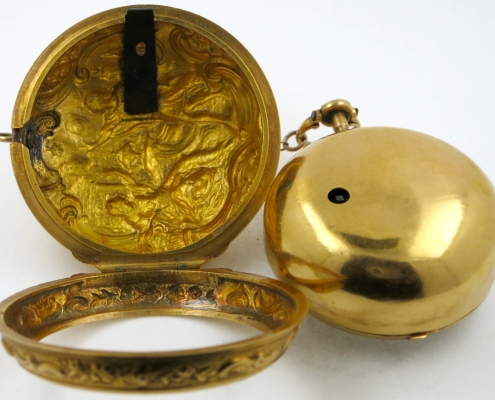 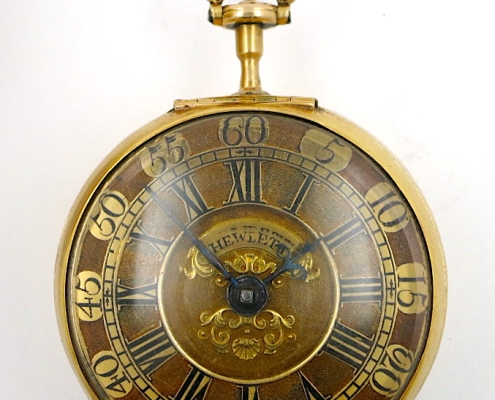 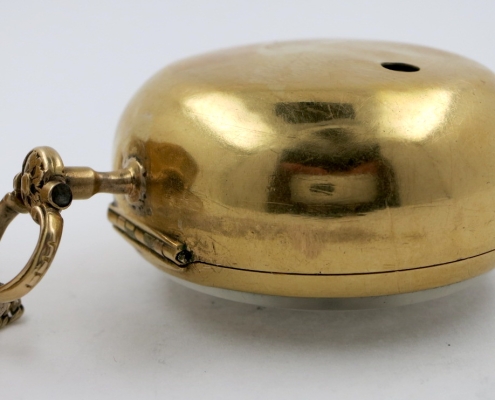 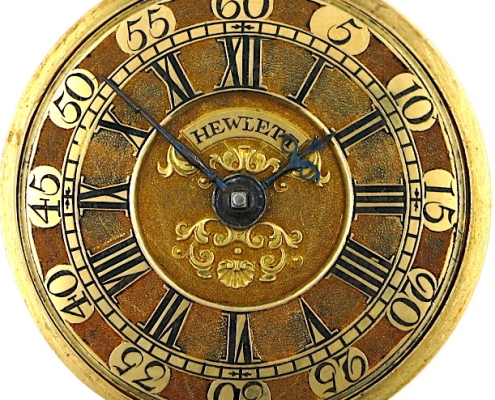 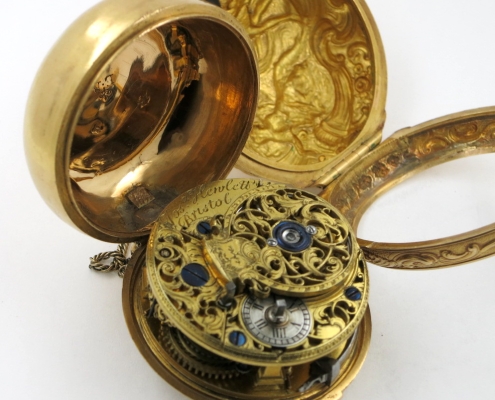 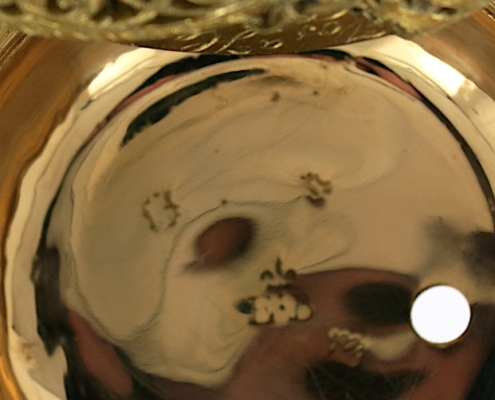 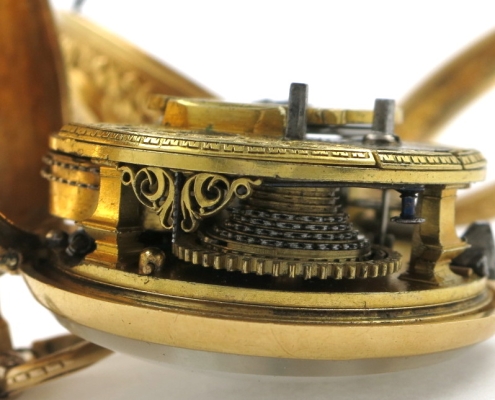 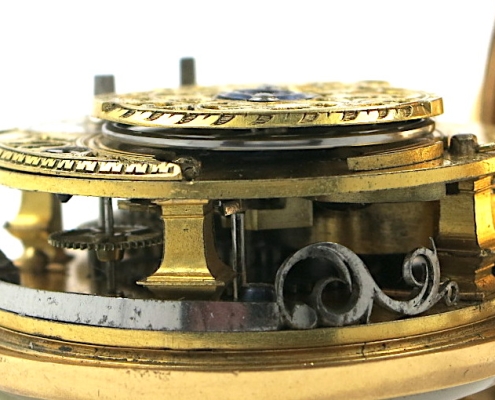 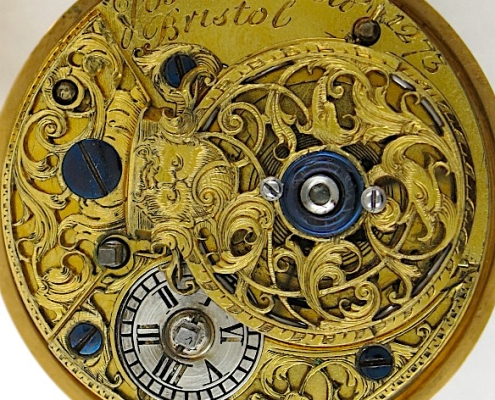 The movement is in good condition, and is running well.

INNER CASE : 22ct gold, with London hallmarks for 1746, and maker’s mark EB under a fleur de lys.
In good condition but with some light bruises and slight compression and scratches around the band.

Original bow and stem, though both with a little wear. The stem has been reattached and a reinforcing small gold plate can be seen on the inside, at the neck.

The hinge is fine and the bezel snaps shut. The high dome bull’s eye crystal is good with no chips and just light scratches..

In good condition, with just some light wear to the high points, mainly to the two central figures. The catch and hinge are fine and the bezel snaps shut correctly. The catch button is partially worn.

A guard chain has been added to the outer case to secure it to the bow of the inner case. This could be removed but that would leave a small hole in the back, just below the neck.

The gold cases have a combined weight of about 55 gms.

Joshua Hewlett of Bristol was apprenticed to his father Andrew in 1741, and he died in 1764.

The case maker ‘s mark is probably for Edward Bradshaw, who was at Puddle Dock Hill, Blackfriers, London, from about 1734. Cases by this maker have also been recorded with watches produced by George Graham.