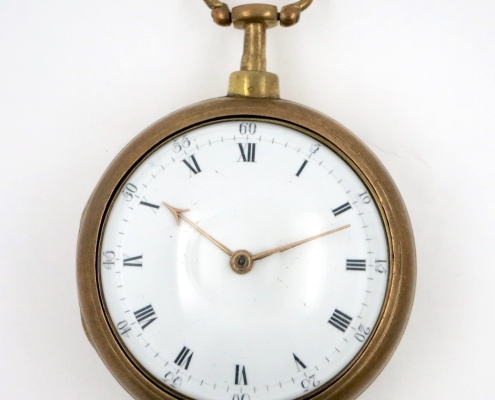 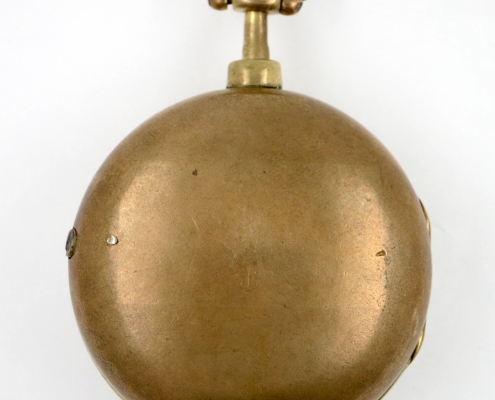 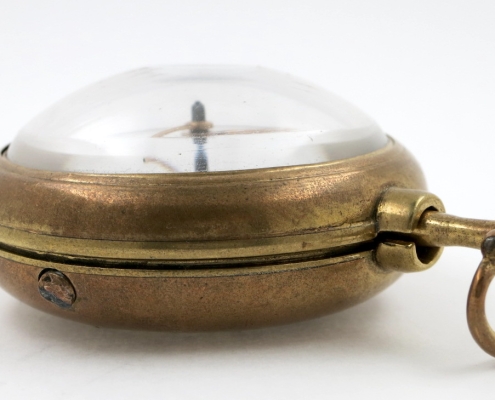 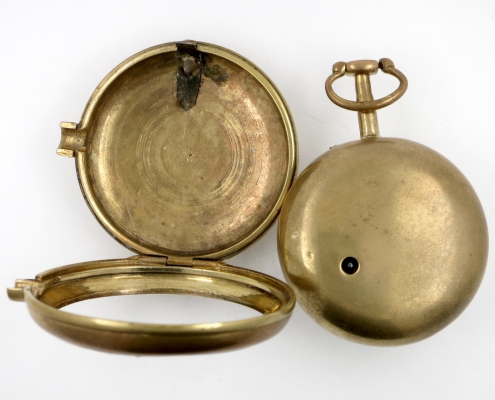 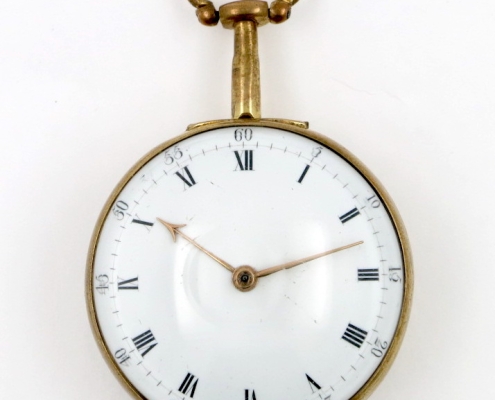 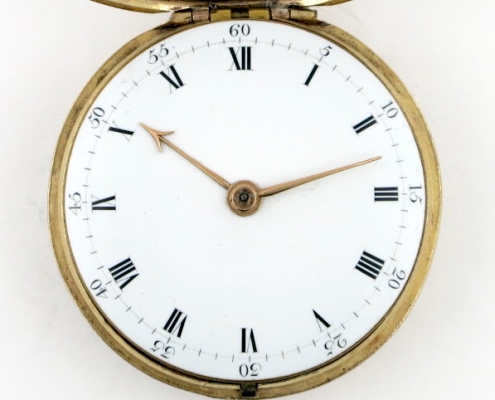 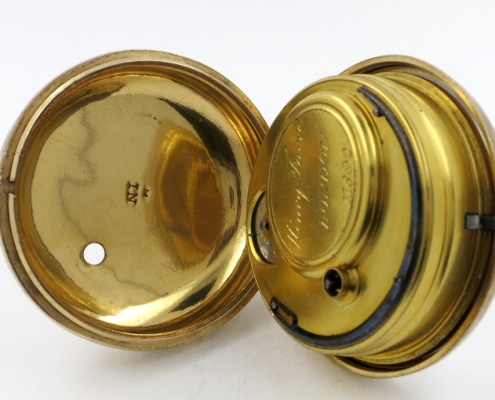 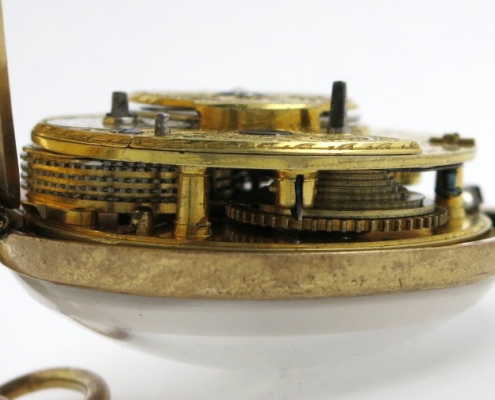 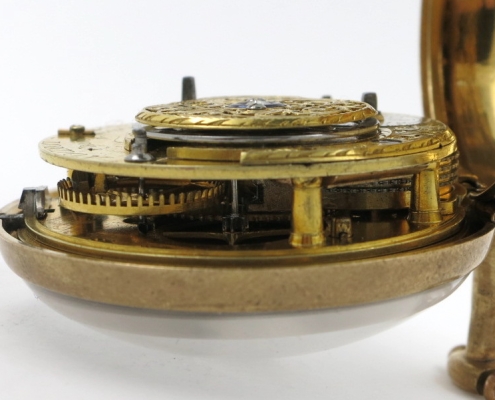 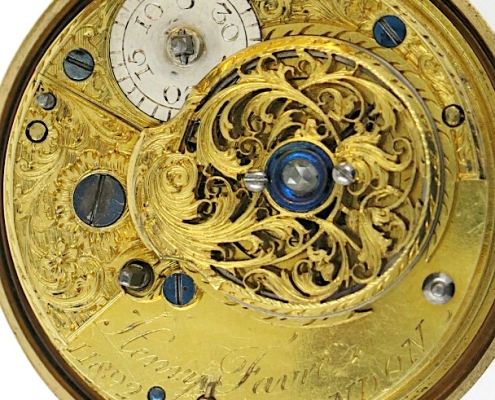 The movement is protected by a removable gilt dustcap, signed and numbered as the movement.

In good condition, and running well.

DIAL : A fine white enamel dial, in very good condition, with just some light scratches and one very light hairline, about 1 cm. long, from the edge at 6. No repairs.

Nice gold hands, though the minute is a little short so has probably lost the tip.

In good condition, except for the central sleeve of the hinge which is missing (though the movement is held correctly by the remaining parts of the hinge). The high dome bull’s eye crystal is good with a few scratches but no chips. The bezel closes tightly though leaves a slight gap on one side.

The gilding is complete on the inside and worn from the outside.

In quite good condition. The bezel snaps closed, though gapes a little. The catch button is worn and the catch spring has been repaired. Again the gilding is evenly worn from the outside,.

Henry Favre is listed in Pall Mall, London from 1800 until 1816. This watch dates from the beginning of this period. He was Watchmaker to The Prince Regent, The Duke of Cumberland and The Duke of York. Favre also made some fine clocks.