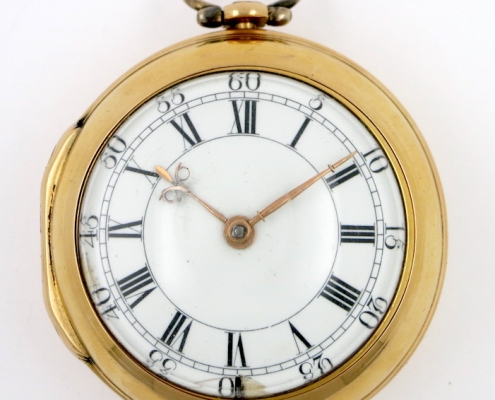 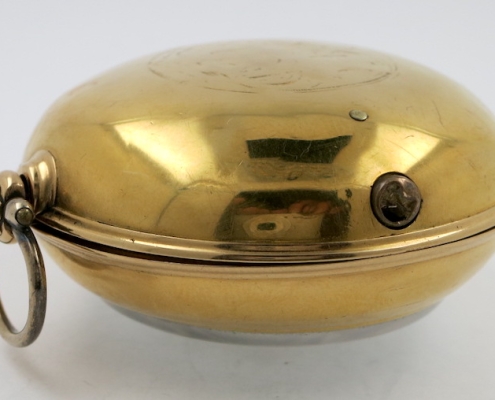 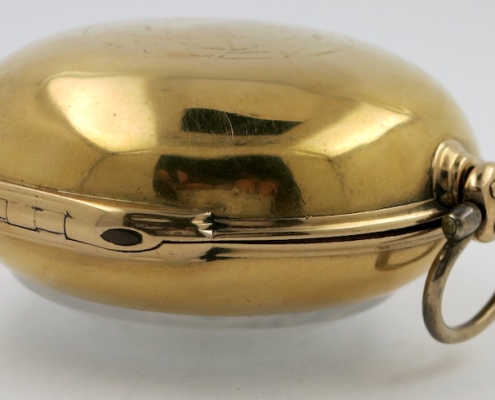 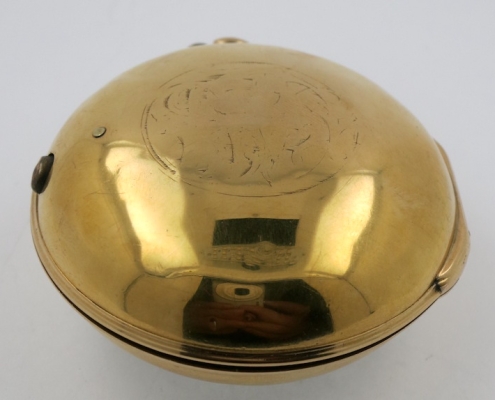 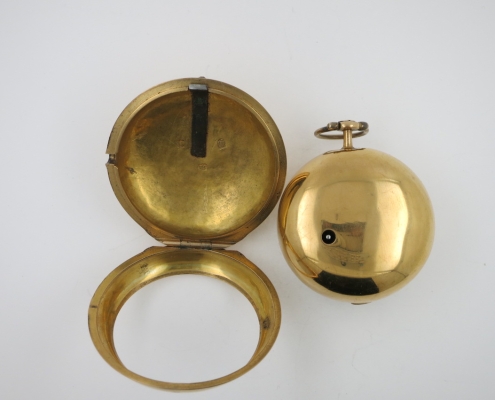 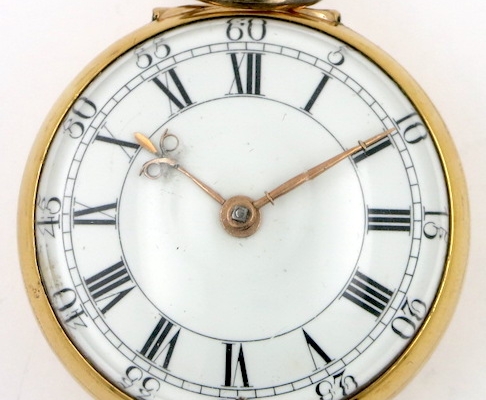 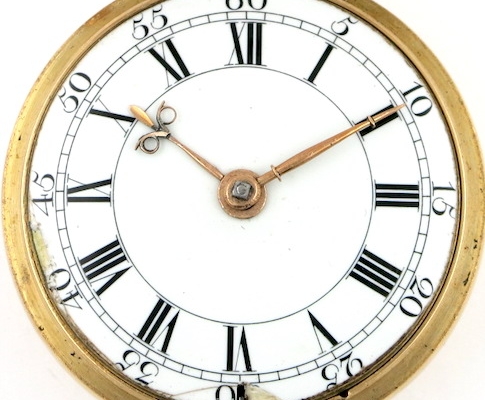 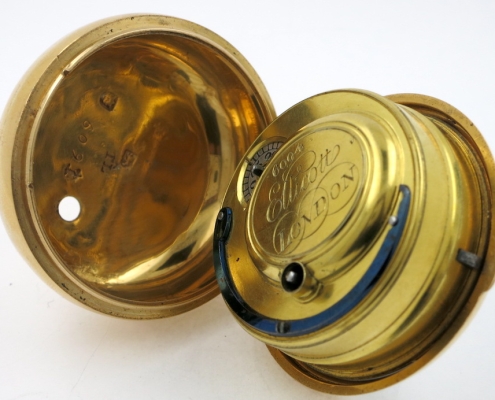 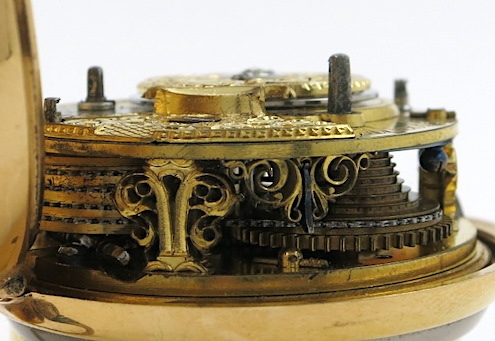 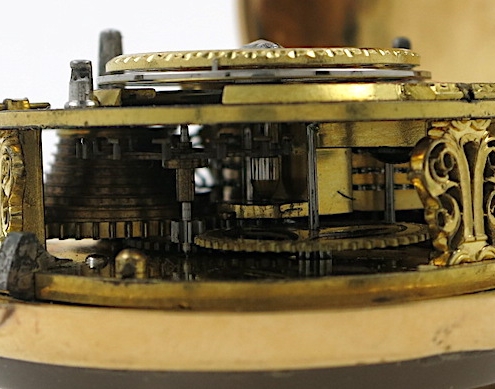 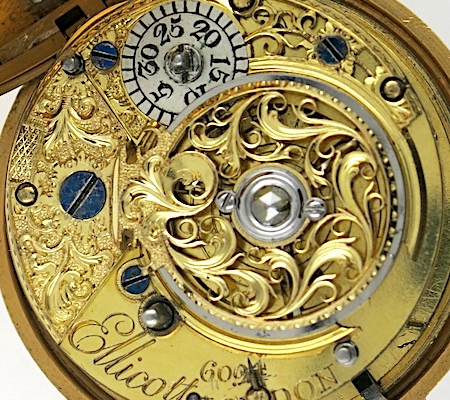 This is a fine 22 carat gold watch, in pair cases, with a fine quality cylinder escapement, by a great London maker.

DIAL : Original white enamel dial, in good condition. There is some damage on the edge at 6 and 8, but otherwise fine.

Fine 18th century gold beetle and poker hands (probably original). There is an old repair to the top of the hour hand.

INNER CASE : 22 carat gold, hallmarked for London, 1770, maker’s mark TL under a star. Also marked with the same serial number as the movement.

In good condition, though the stem has been reattached and there is a small mark on the bezel at 9 which appears to be a small imperfection in the original gold casting rather than later damage. The high dome bull’s eye crystal is fine.

OUTER CASE : Quite a heavy case, of 22 carat gold, with matching hallmarks to the inner. There is a worn engraving on the back, probably a family crest.

The hinge and catch are fine, and the bezel snaps shut correctly, though the catch button is badly dented.

Excluding both the movement and crystal, the cases weigh 67 gms.

The case maker is Thomas Layton who is recorded at Dean Street and Fetter Lane, London.