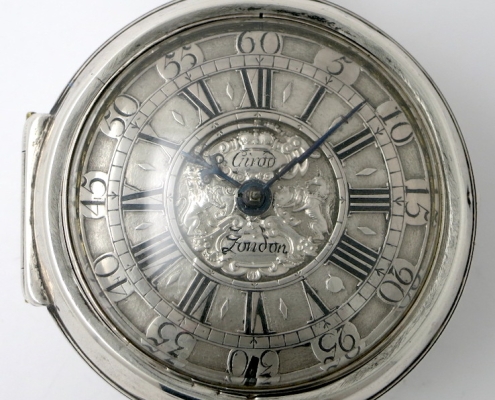 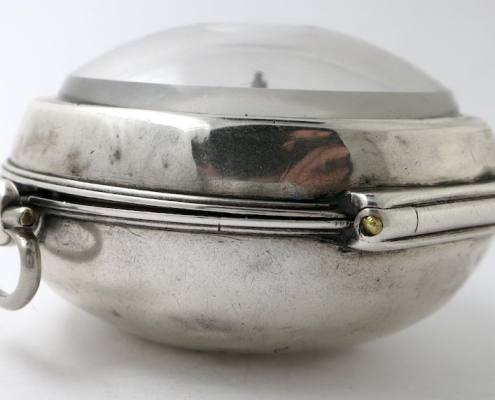 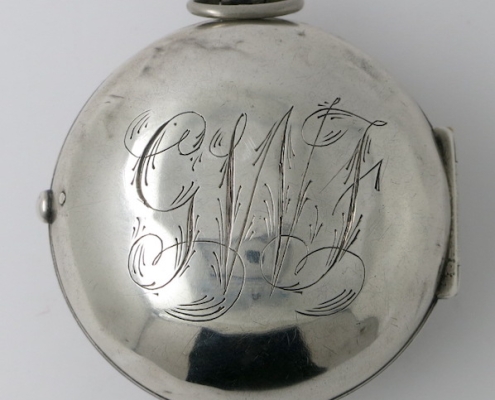 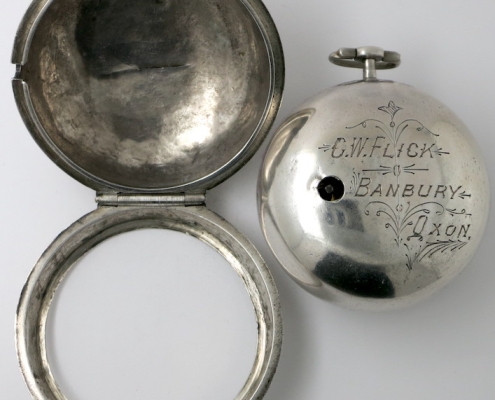 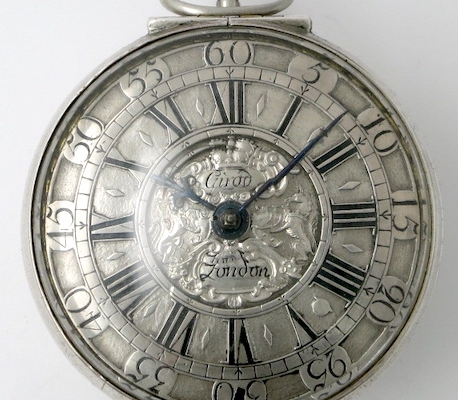 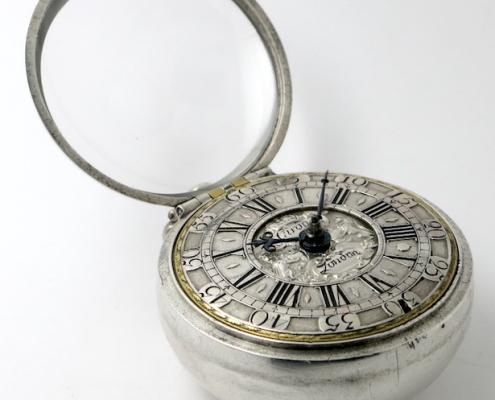 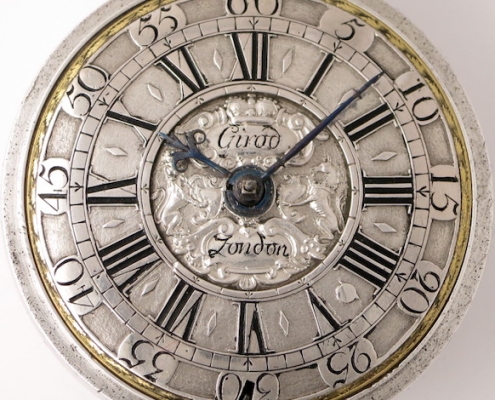 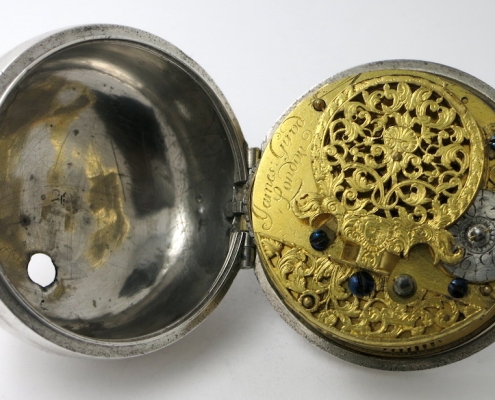 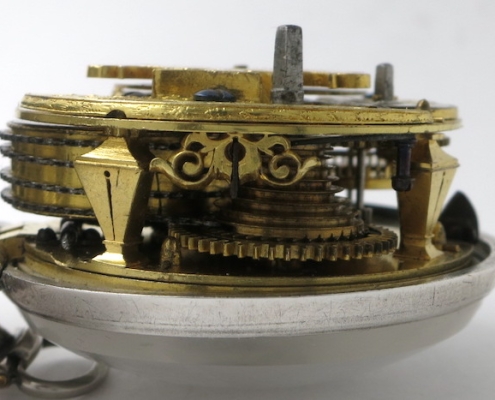 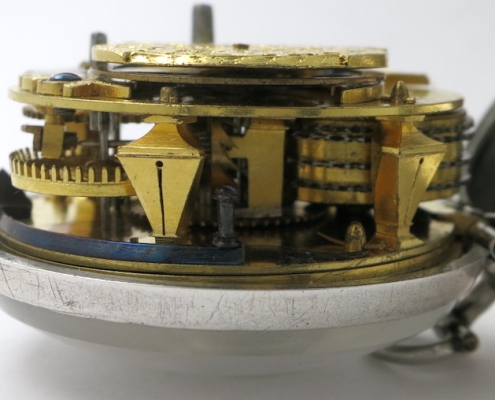 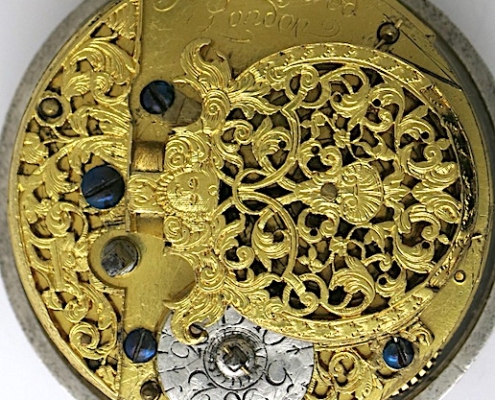 A good early London verge, with a Royal Coat of Arms on the dial.

MOVEMENT : Gilt verge movement, the large balance cock with a wide ‘D’ shaped foot and engraved with scrolls, foliage and a mask to the neck. Clean blued screws.

INNER CASE : Maker’s mark CW under a crown. In good condition with just a little wear around the winding aperture. The bow is probably a later replacement. The hinge is fine and the bezel snaps shut correctly. The high dome bull’s eye crystal is fine.

The back is nicely engraved with a former owner’s name ‘G.W. FLICK, BANBURY, OXON’

OUTER CASE : Matching maker’s mark to the inner. The hinge, catch button and catch are fine and the case closes correctly. In good condition with just a few small dents around both the bezel and back.

The back is heavily engraved (showing through to the inside) with the same owner’s monogram GWF.

James Girod, sometimes known as Jasper, was a Frenchman working in London from 1689 until 1700. He become a Freeman of the Clockmakers Company in 1692.

The case maker is probably Cuthbert Weaver who was apprenticed to George Nau and admitted to the Clockmaker’s Company in 1682. He was dead by 1698.