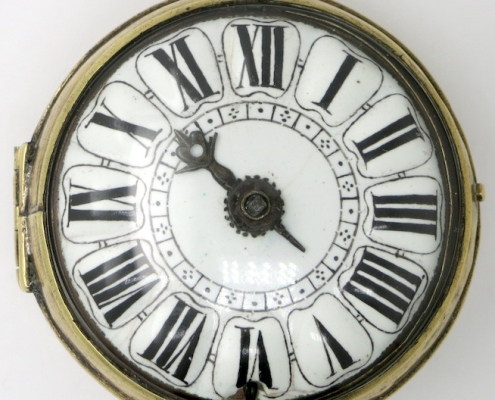 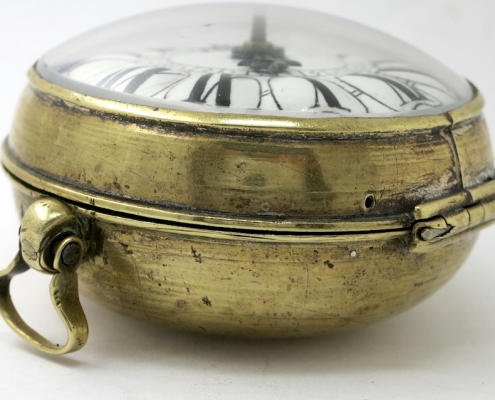 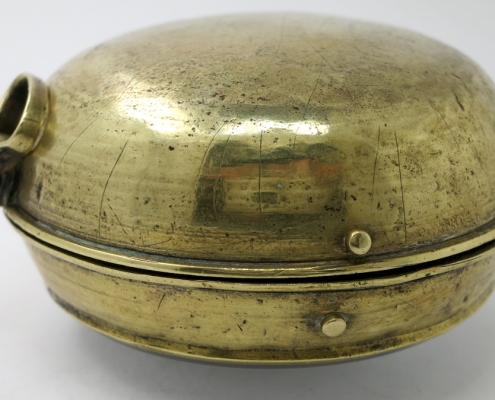 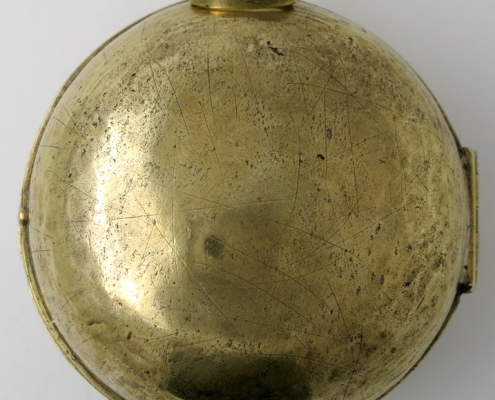 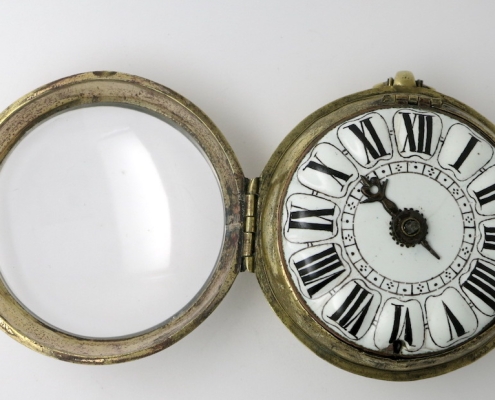 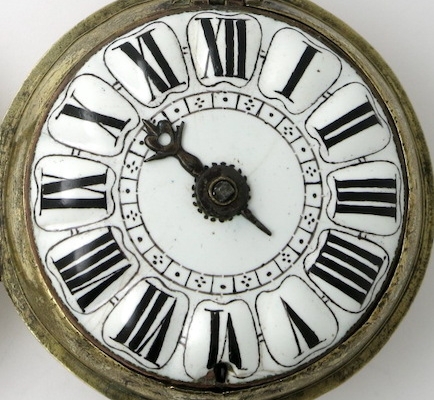 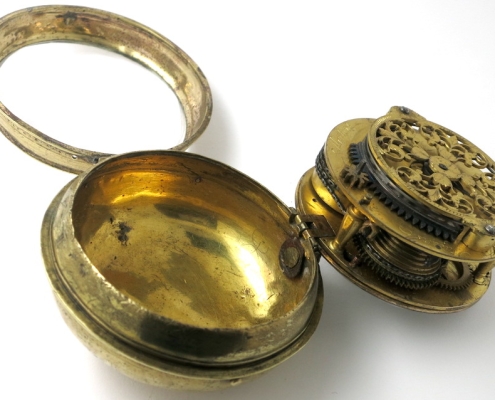 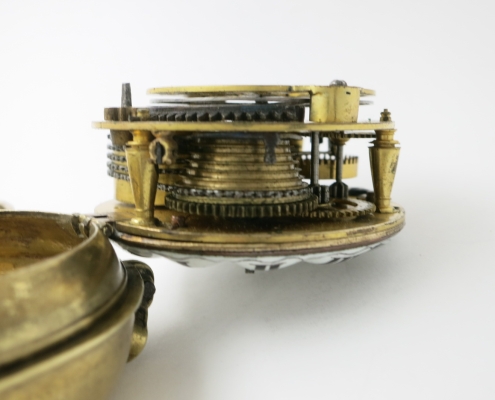 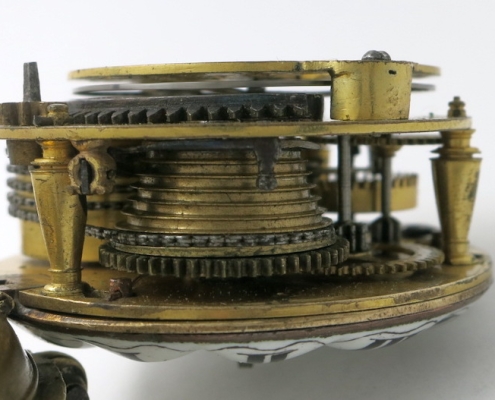 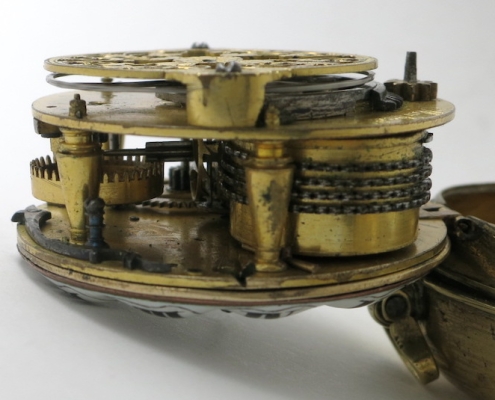 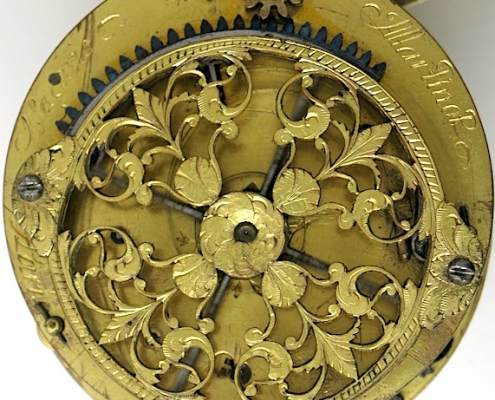 The movement is wound anticlockwise through the dial. The hand is driven directly from the fusee wheel of the movement train (no central wheel as with a two handed watch).

Some rubbing and scratches to the plate, but otherwise in good condition and running well.

In good condition, with some light hairlines from the edge at 7 and 12, another from the centre towards 1, and a little damage around the opening catch at 6.

Steel hand, not original but of the correct style and period.

In nice condition throughout. Although much of the gilding has worn away, and there is a little wear to the hinges, there are no significant dents and the bezel snaps shut nicely.
The stem and bow appear to be original. The high dome crystal is good, with just one small nibble right on the edge at 8, not visible from the front.

The watch is early for an enamel dial and could be an early replacement (there are extra holes in the dial plate), but several similar dial examples of the same period are illustrated in ‘La Montre Francaise’ by Adolphe Chapiro, including some with this contoured enamel.

Zacharie Martinot (II) was a watchmaker from the famous French family dynasty of watchmakers whose presence is recorded from the 16th century. Zacharie (II), son of Etienne, is recorded as Fils De Maitre (Son of a Master) from 1692. He produced watches into the 18th century, but this movement with the exceptionally large balance is an early example..