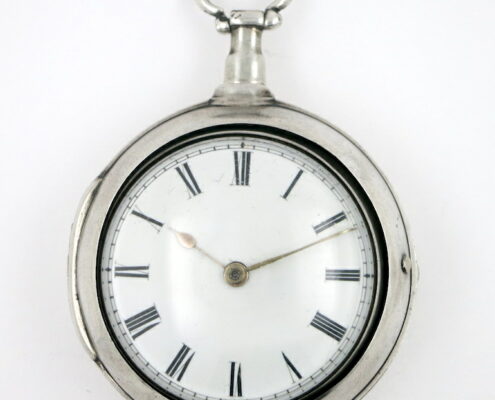 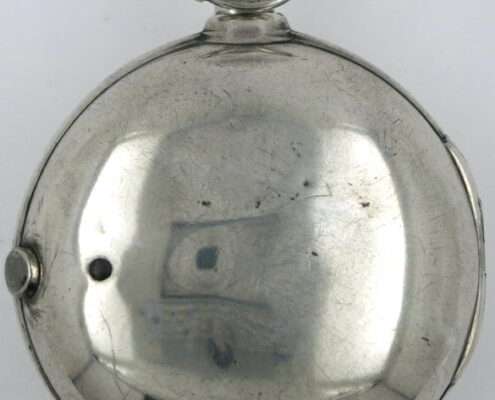 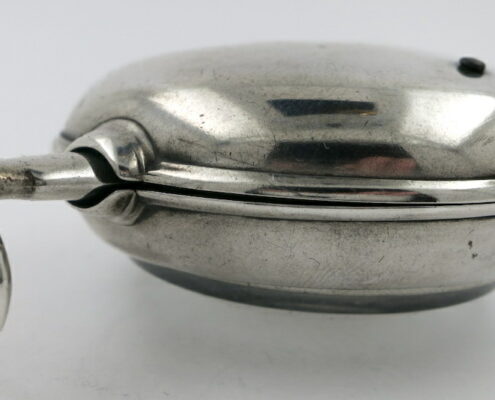 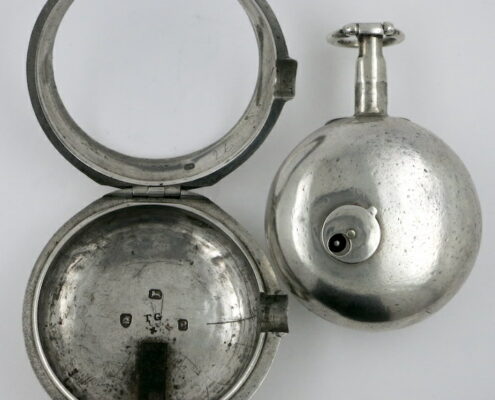 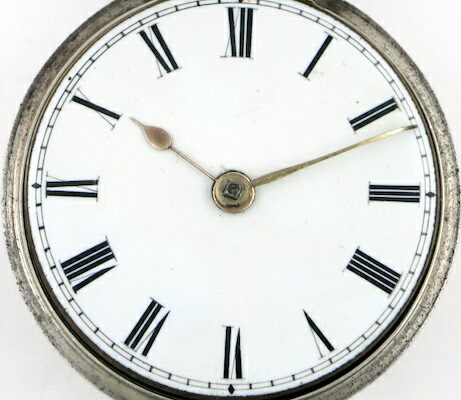 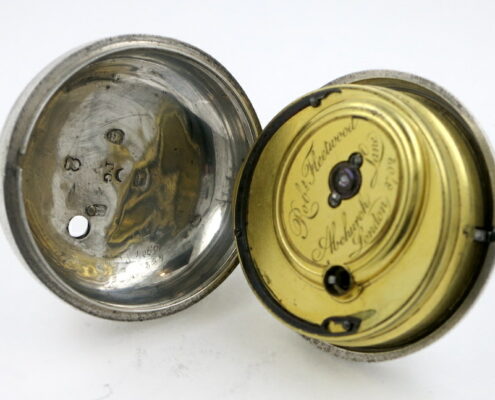 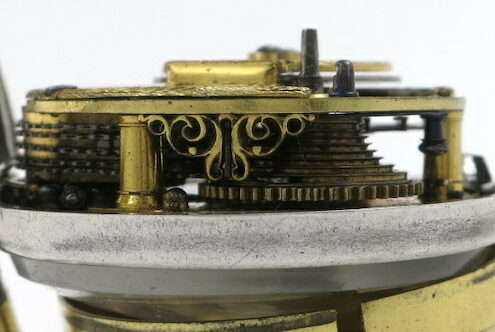 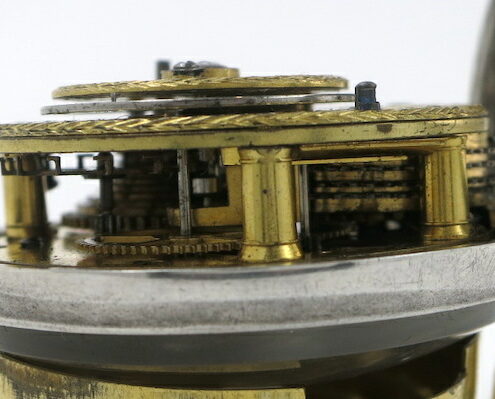 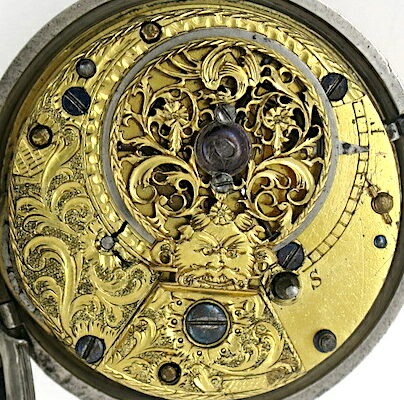 MOVEMENT : Gilt fusee movement, with cylinder escapement, engraved and pierced balance cock, four round baluster pillars, and an early example of a Bosley type regulator.
Blued screws and brass escape wheel.  Both 3rd and 4th wheels are 5 spoked (a sign of quality).

DIAL : A white enamel dial, in excellent condition with just one small flake at the centre.
Possibly a little later than the movement.

INNER CASE : Silver, with hallmarks for London, 1797 and maker’s mark TG.
Sliding shutter cover to the back.

In very good condition. The hinge is fine and the bezel snaps shut correctly. The high dome bull’s eye crystal is fine. The bow and stem appear to be original.

In good condition. The hinge, catch and catch button are complete and the case snaps shut.
A little wear to the catch button and two very small dents to the back.

Robert Fleetwood is listed from 1763 until his death in 1794, so this movement was cased about three years after his death. It is not uncommon to find watches sold for the first time a few years after the maker’s death. The serial number (8702) is a little higher that the numbers of other Fleetwood watches that I have seen.

The case maker is probably Thomas Gibbard of Smithfield, London.