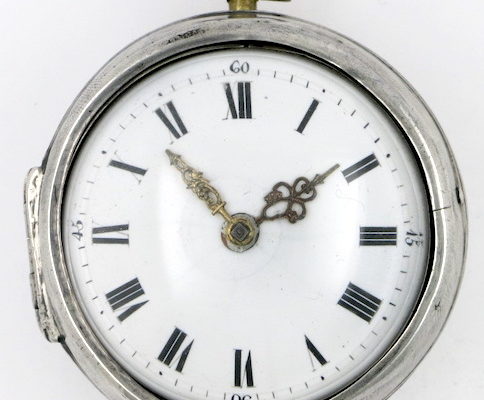 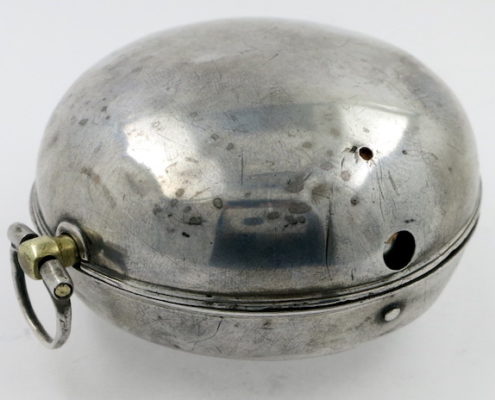 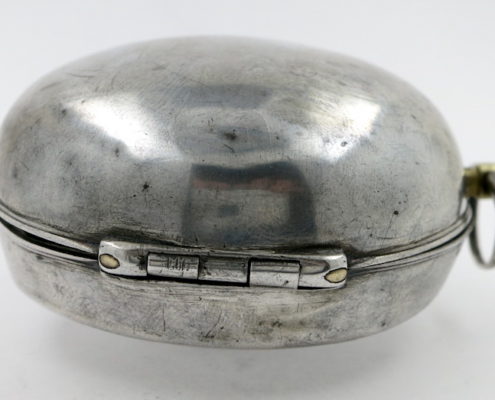 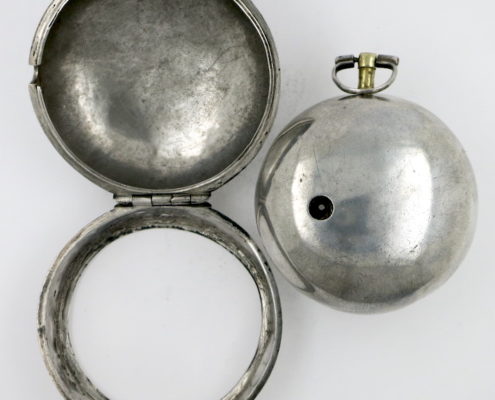 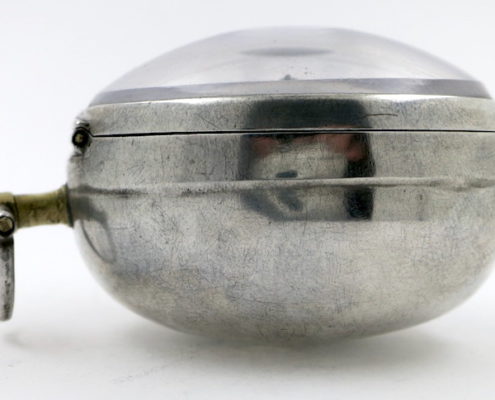 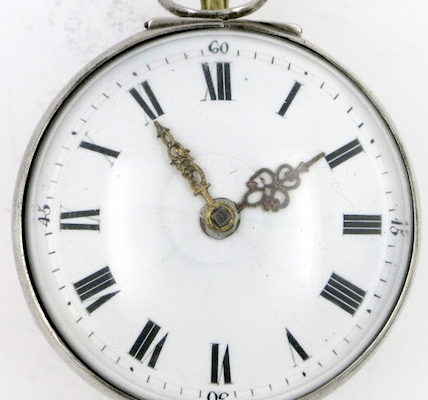 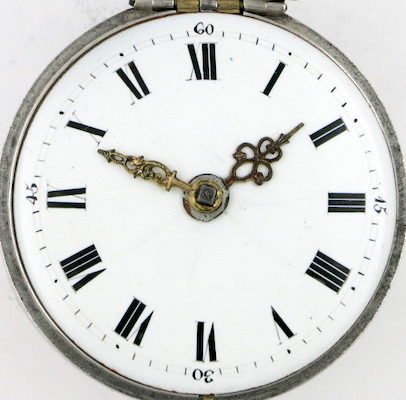 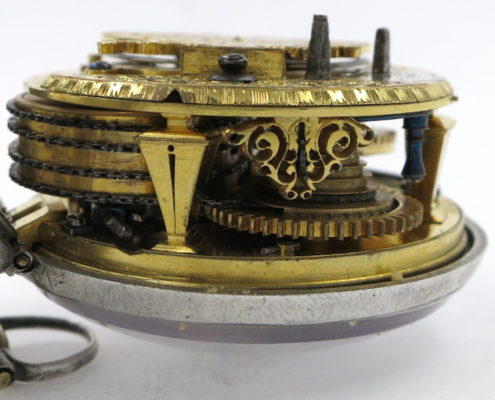 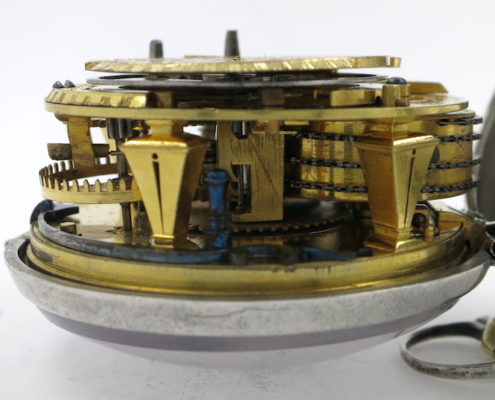 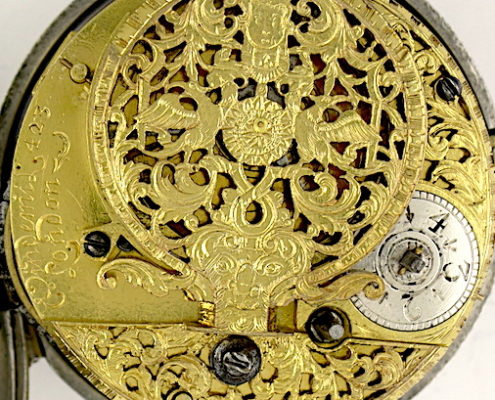 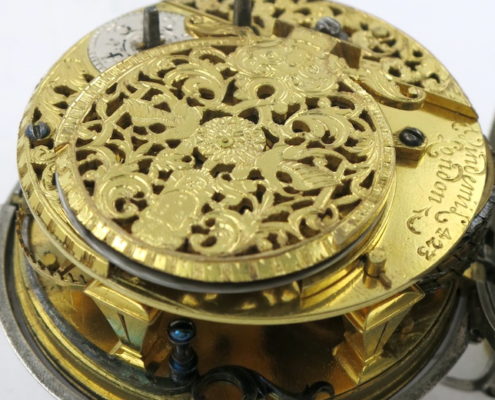 Fancy gilt hands, the hour possibly repaired at the base.

The hinge and high dome bull’s eye crystal are fine and the case closes correctly. The silver is in good condition with just the usual compression around the band.

The bow is slightly distorted and the pendant is a brass replacement.

The silver is in good condition with just some very minor bruises.
The hinge has one broken sleeve, but still holds the bezel correctly.
The catch and catch button are absent.

We have previously sold one other watch by Vindemil, with an almost identical movement, and a slightly lower serial number :

An alarm watch by Vindemil was sold by Dr. Crott Auctions (Frankfurt) in 2014 (lot 223). It was dated to around 1710, and also marked London, though the auctioneer suggested southern Germany as an origin.