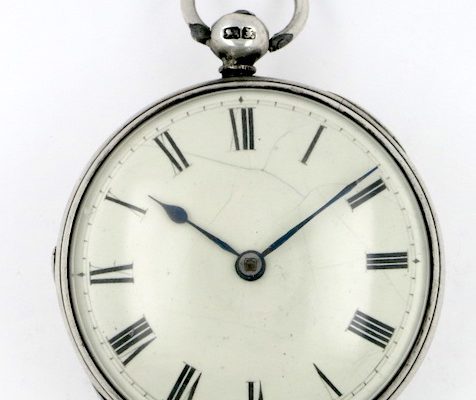 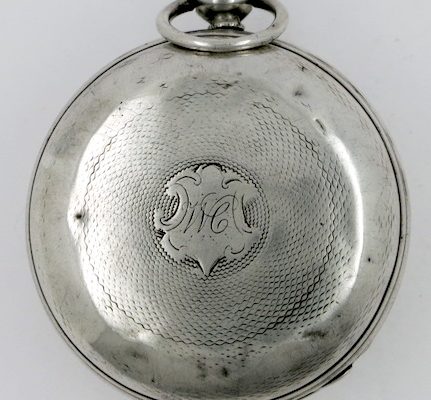 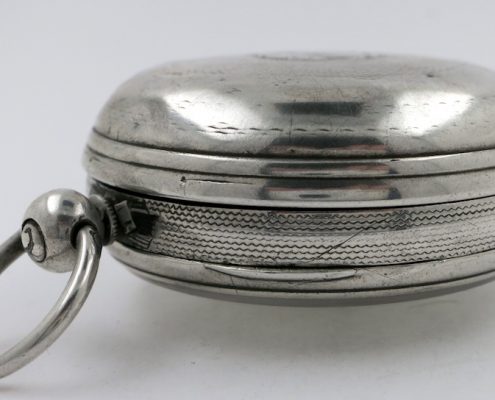 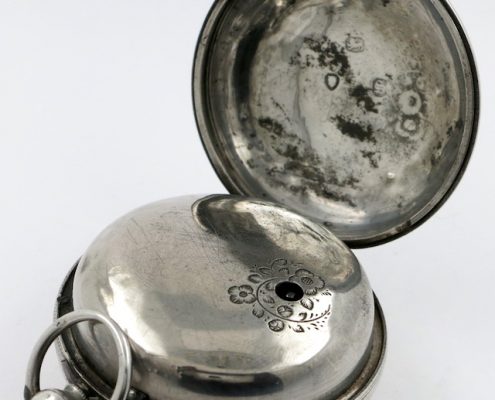 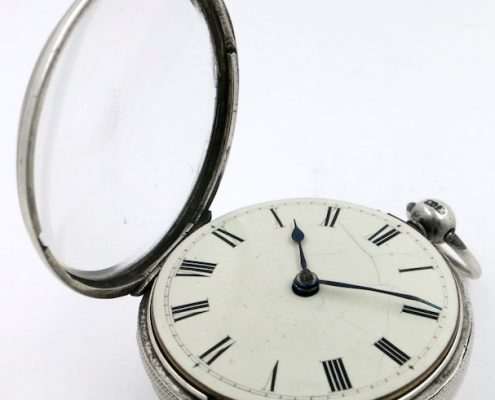 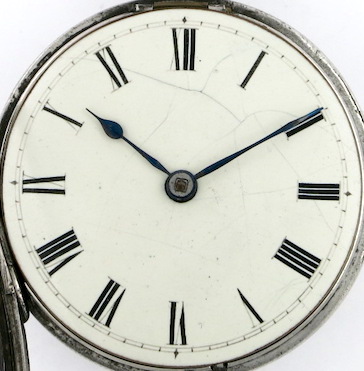 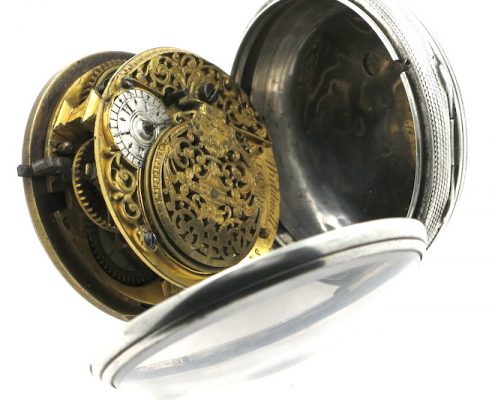 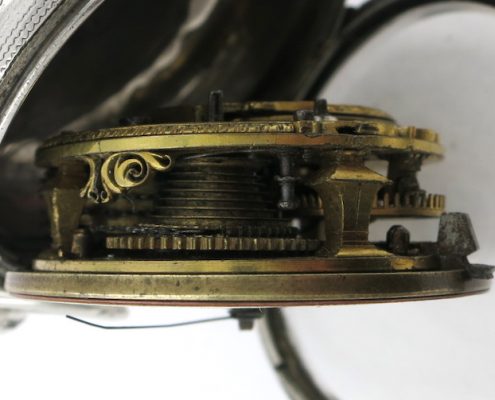 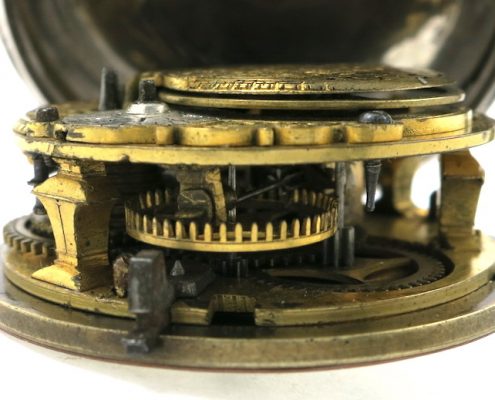 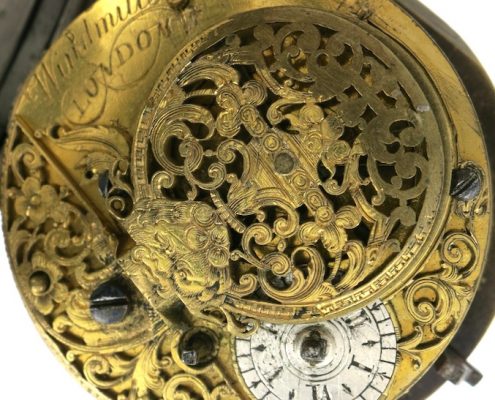 MOVEMENT : Gilt verge movement, with engraved and pierced winged balance cock and plate. Wide ‘D’ foot to the balance cock. Four square pillars and silvered regulator disk.
Signed (Windmills) and numbered (8481). This movement number is also stamped on the under surface of the top plate.

The movement is in reasonable condition though with some wear to the engraving to the table of the balance cock, and damage to the gilt bracket of the stop work. It is running well.

The silver is in reasonable condition, though with wear and small dents to the back. The bow has an old solder repair at the base. The high dome crystal is fine..

Both dial and case are later than the movement, added probably in or after 1853 when the silver case was made.