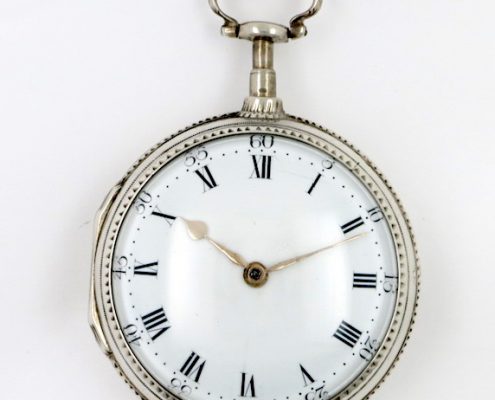 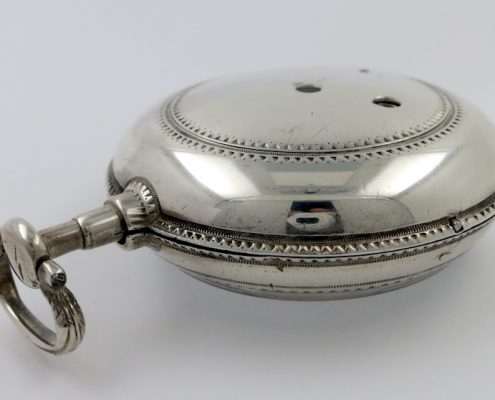 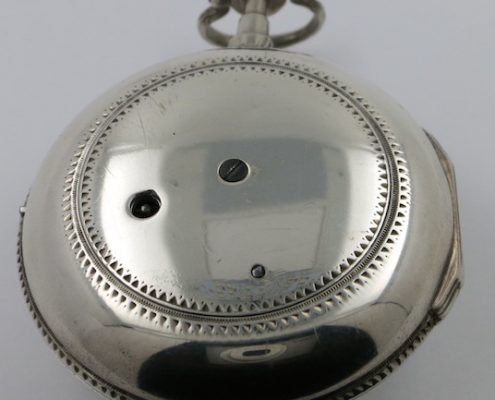 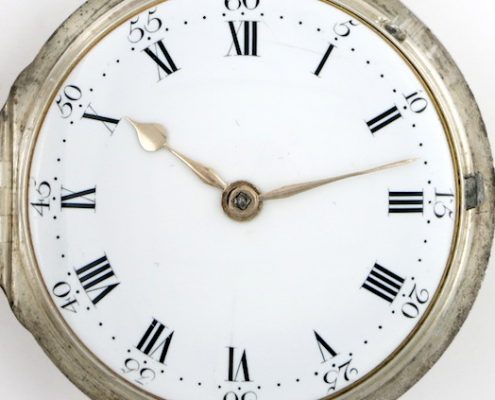 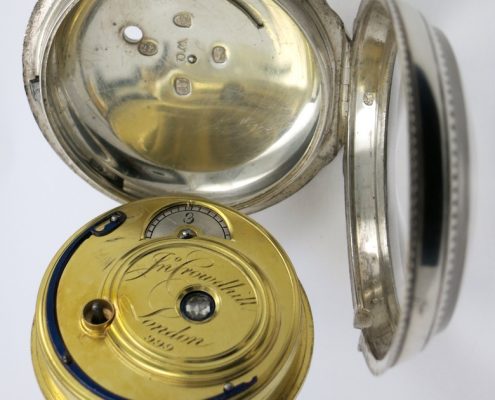 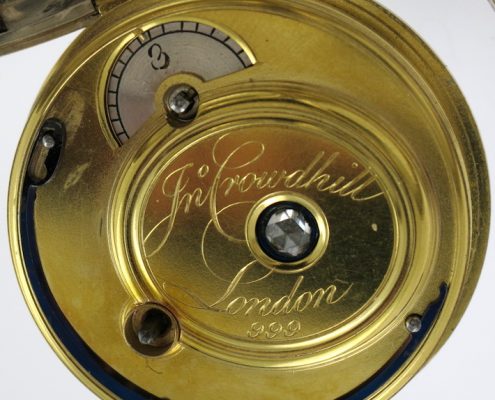 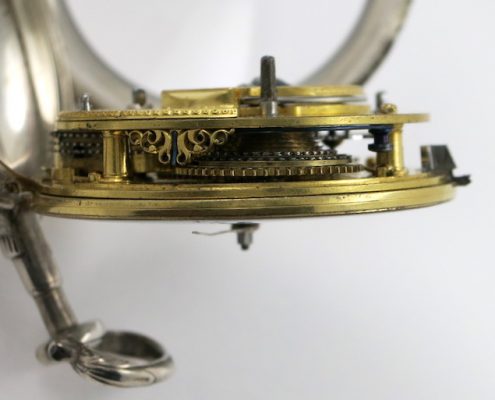 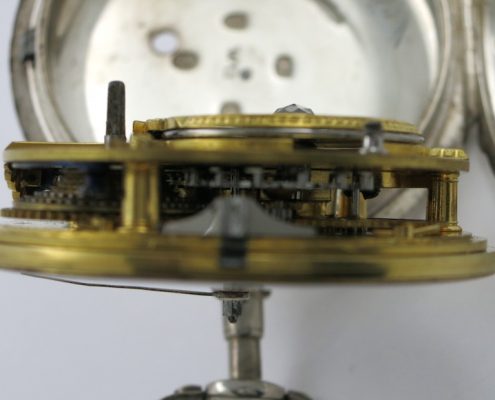 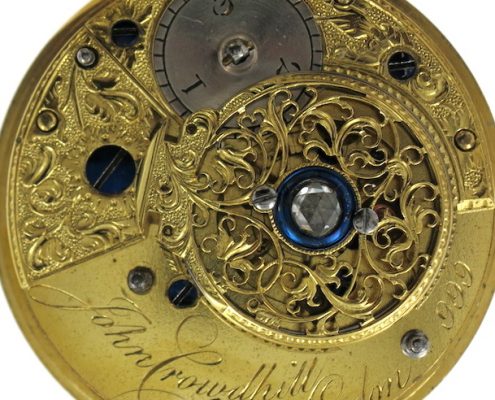 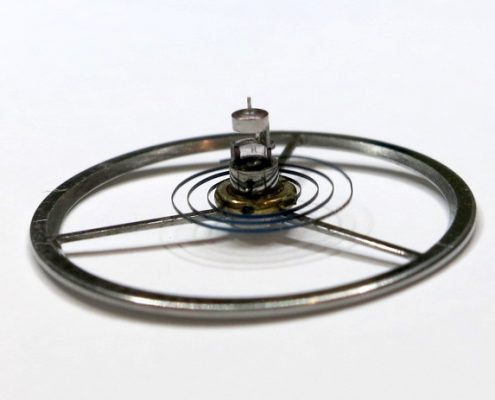 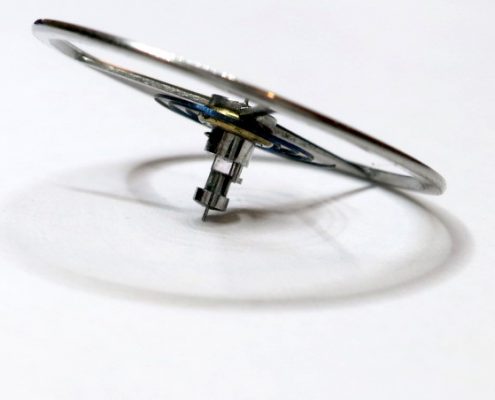 DIAL : Original fine white enamel dial. In good condition, with just three very light hairlines, from the edge at 6, between 7 & 8, and between 12 and 1.
Gilt hands.

CASE : Silver hallmarks for London, 1787, maker WQ.
Engraving to the rims, band and back. The centre of the back rotates to form a large dust cover for the winding aperture.
Very good condition throughout, with just a small dent to the top of the stem. The hinges are fine and the bezel snaps shut nicely The high dome bull’s eye crystal is also fine.

There is a Thomas Crowdhill listed in London in 1790.

The casemaker is William Quinton, who is listed at 31 New Street Square, London in 1778

The ruby cylinder was used by Abraham Louis Breguet to reduce the friction in cylinder escapements. The cylinder itself is composed of a half tube formed ruby (sometimes sapphire), set into two steel plugs, each with a pivot. This was a very expensive innovation and although found in many genuine Breguet watches of this period (and occasionally other Paris makers) is rarely found in English watches.