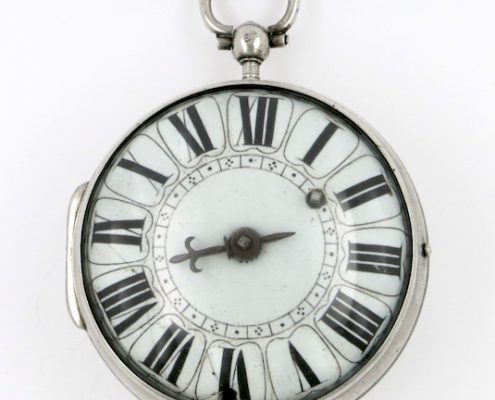 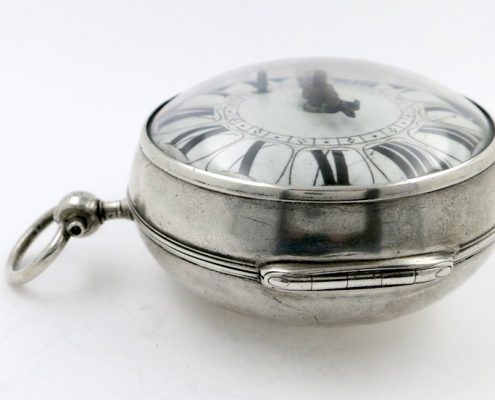 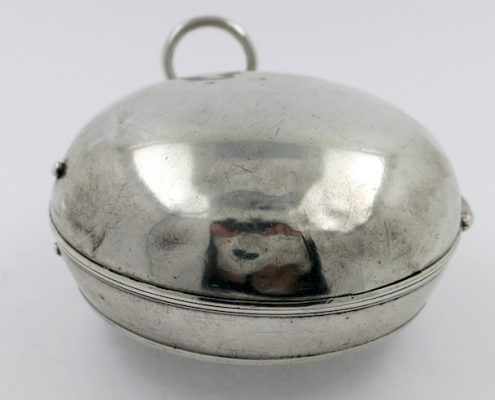 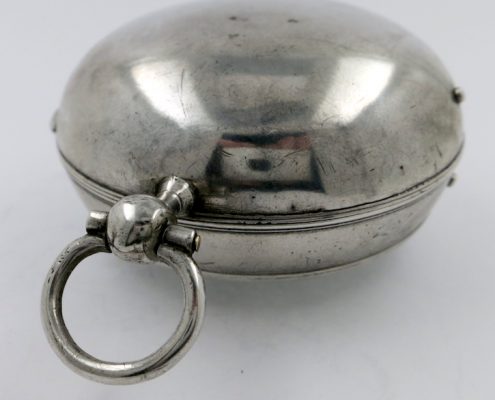 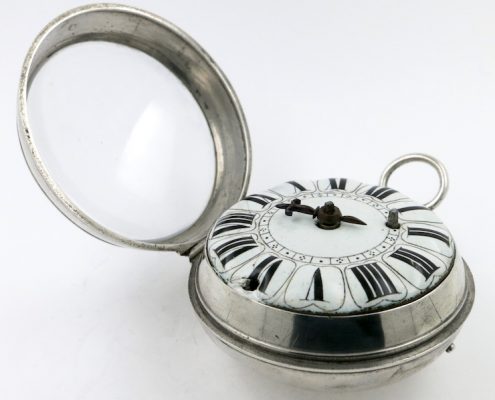 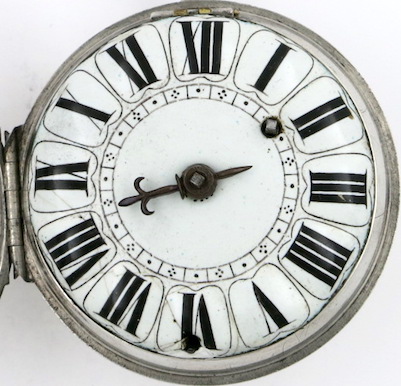 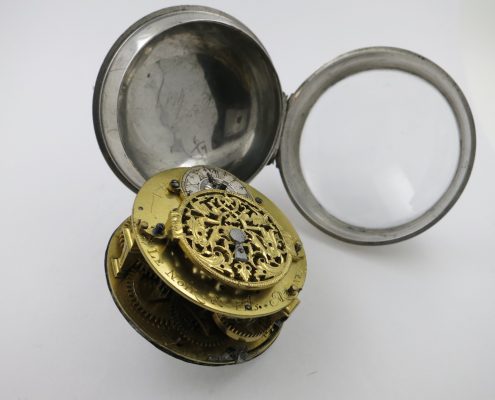 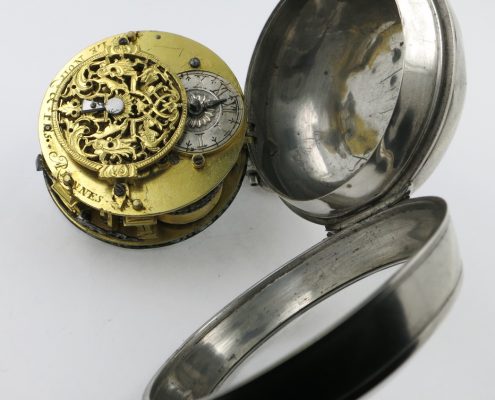 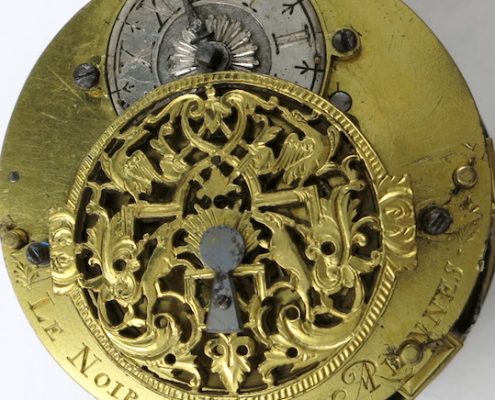 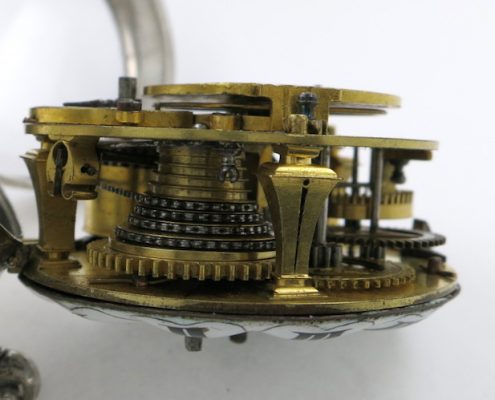 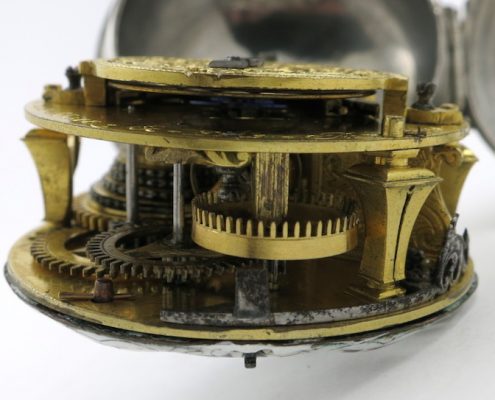 The movement is wound through the dial. The hand is driven directly from the fusee wheel of the movement train (no central wheel as with a two handed watch). The single hand is set from the central square in the dial.

DIAL : Fine enamel dial, with black numerals each painted on a raised cartouche. In good condition, though with some damage on the edge at 6, and hairlines running from this damage.

The steel hand is of the correct style for the period, and may be original.

CASE : A fine plain silver case.
The stem is original, though the bow probably later.

PROVENANCE : From the collection of the late William Hughes (1922-2017), Bowral, Australia.
Philanthropist and entrepreneur, William Hughes frequently travelled to Europe and the United States of America. Fascinated by their design and movement, Hughes became a collector of pocket watches later in his life, often collecting pieces during his extensive travels.