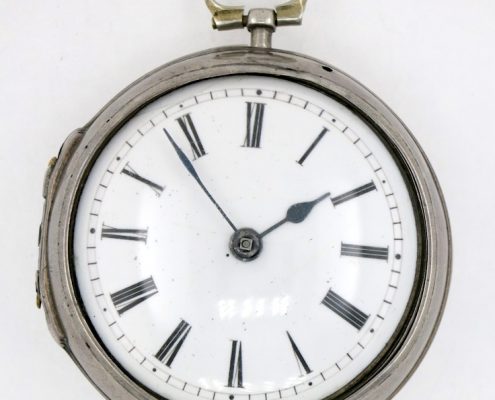 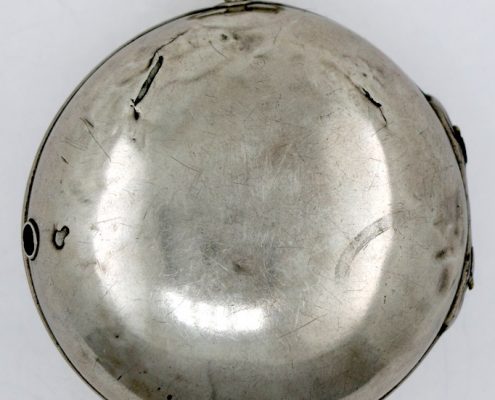 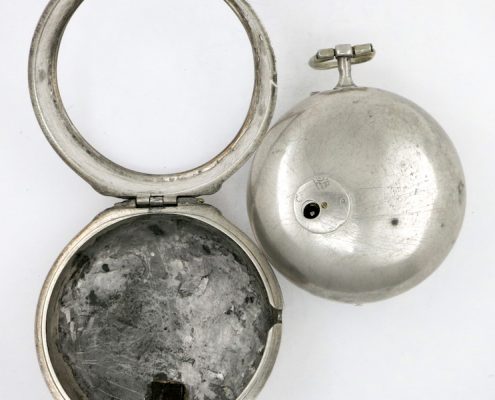 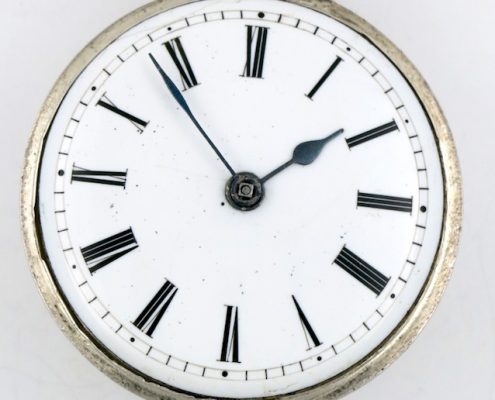 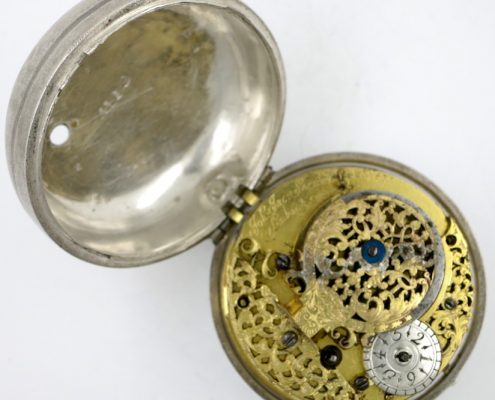 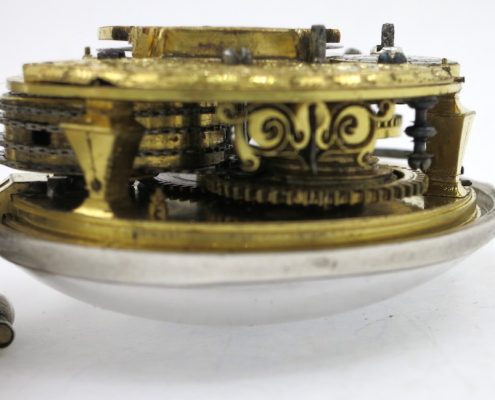 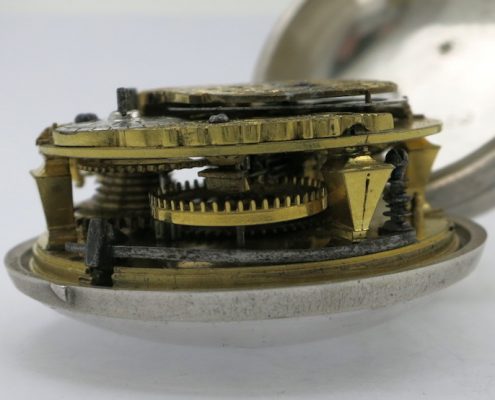 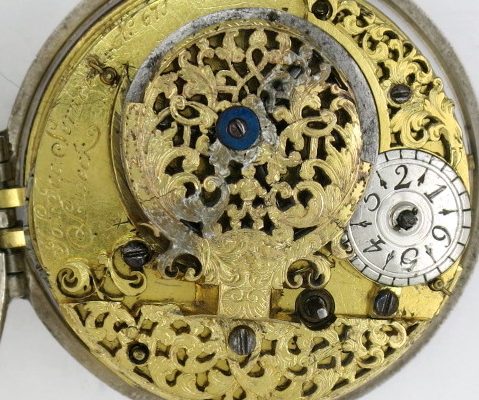 The table of the balance cock has been repaired, leaving a change to the colour of the gilding and traces of solder. But otherwise in good condition and running well.

DIAL : Later white enamel dial in good condition, with just one light hairline on the edge at 11, and a few surface marks. Later blued steel hands.

INNER CASE : Silver, with maker’s mark CIW. Shutter to the winding aperture. In reasonable condition, with some scratches and light dents. The hinge is fine and the bezel snaps shut nicely. The high dome crystal is fine.

OUTER CASE : Silver pair case. In poor condition throughout. The inside of the back has been filled as a repair to cracks, there is a small hole in the bezel (near the neck), repairs to the hinge, and the catch button has worn down. However the catch and hinge are functioning and the bezel snaps shut correctly.

J.J. Serner is listed in Lubeck during the second half of the 17th century.