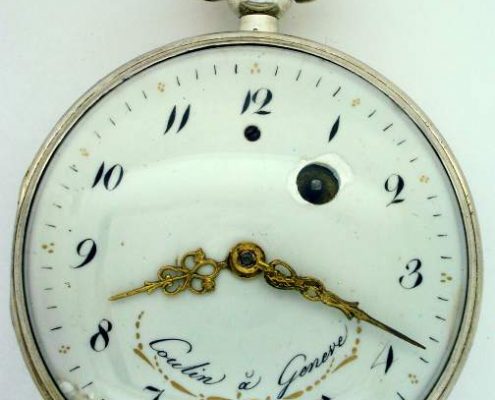 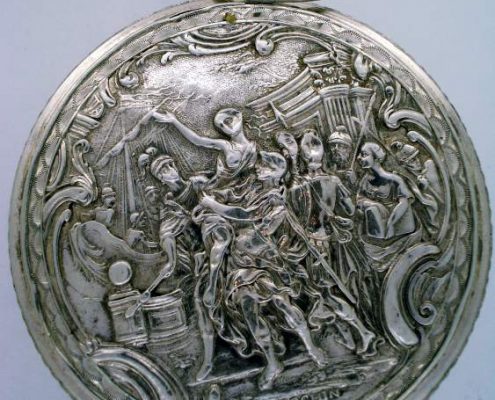 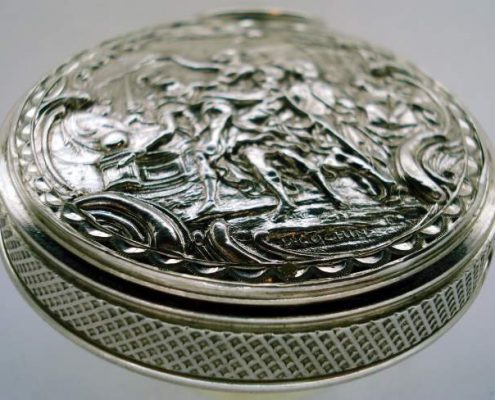 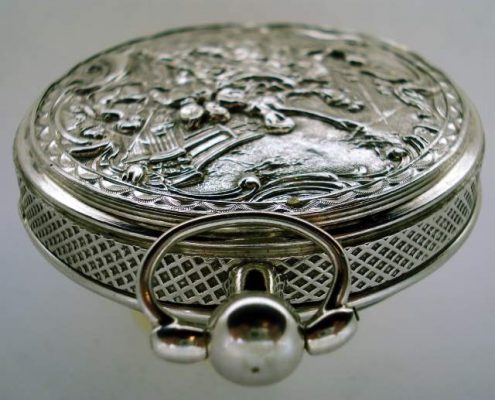 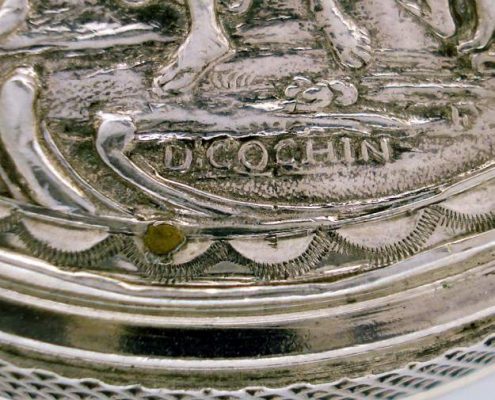 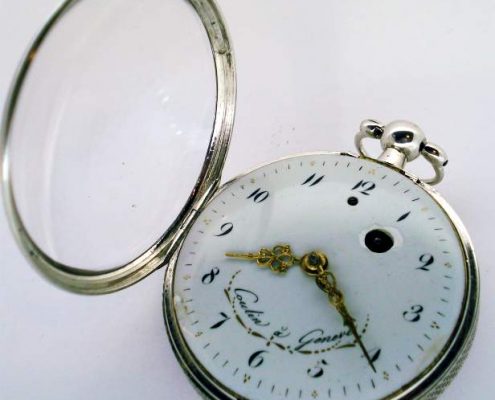 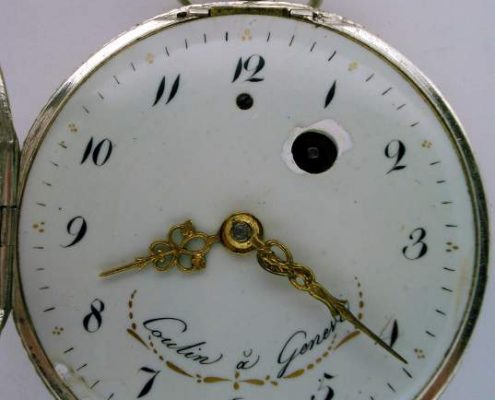 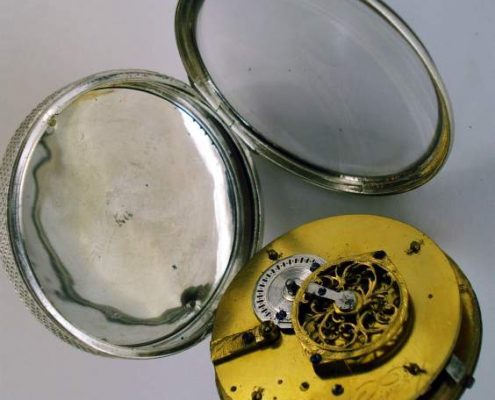 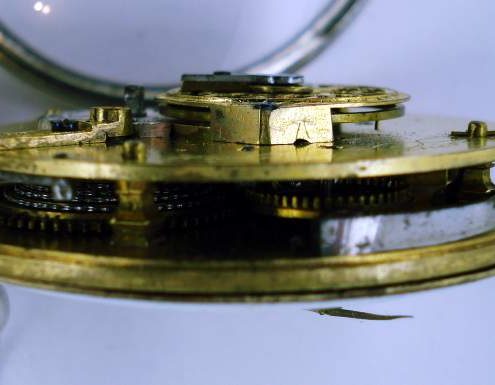 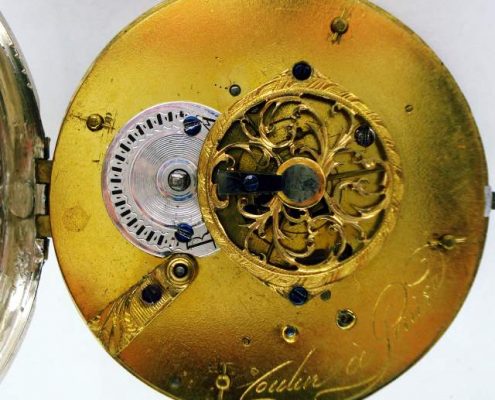 DIAL : Large cream signed enamel dial. Gilt hour markers and decoration to signature. Repairs at the winding aperture and on the edge at 8. Otherwise fine. Gilt brass hands.
The end of the square arbor is a little worn, but the minute hand is firmly held.

CASE : Silver case with cross hatched cast band and repousse worked back. All in good condition. The hinge and high dome crystal are fine and the bezels snaps shut. Rubbed maker’s mark on the inside (NG?). The repousse work is in very good condition with just a little compression to some high points.

The wonderful repousse back is signed by the casemaker (D. Cochin). Daniel Cochin was a very well known and fine repousse worker, based in Geneva and later in Paris during the late 18th century.

Coulin is listed in several forms in Geneva during the late 18th century.