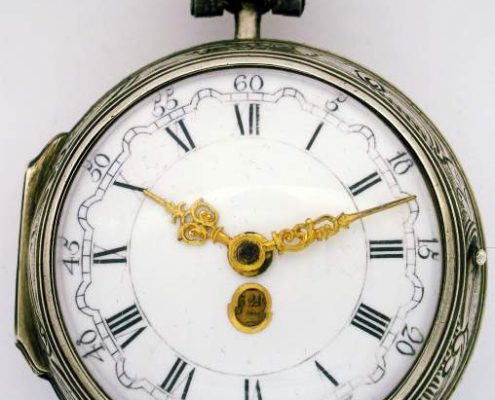 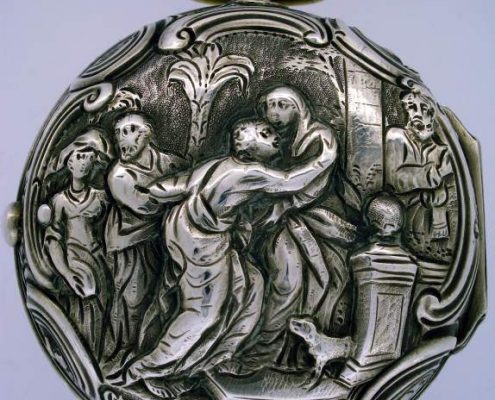 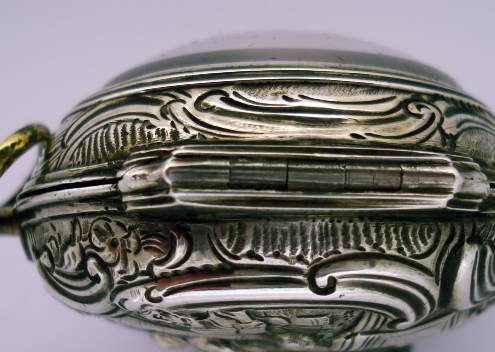 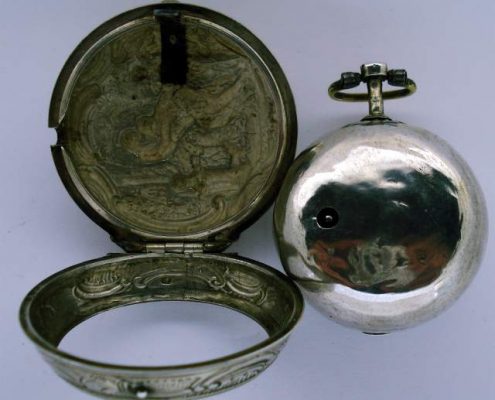 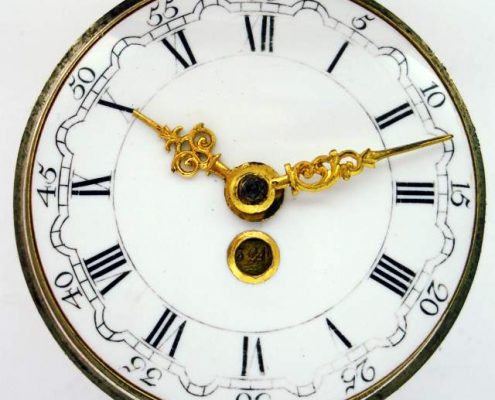 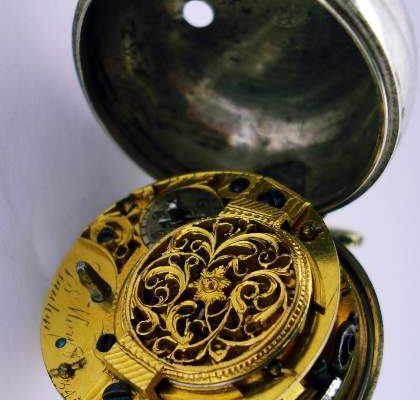 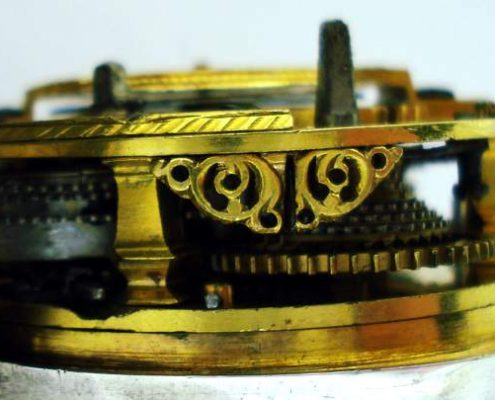 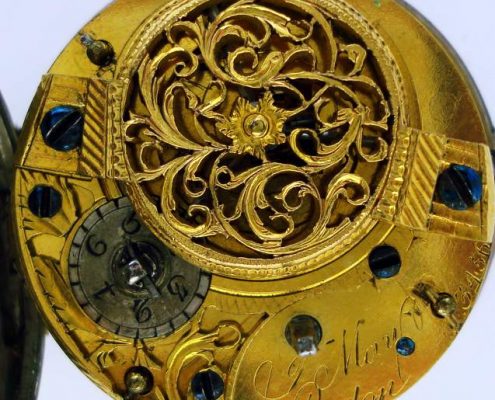 MOVEMENT : Signed and numbered (3456) gilt brass verge movement, with four square pillars, engraved double foot balance cock and plate, and silver regulator disc. Nice milling to the edge of the plates. There is an old repair to the mainspring barrel but it seems to be strong. Both watch and calendar function are working well.

INNER CASE : 41 mm. Silver, hallmarked for London, 1783, maker JC? Also marked with the movement serial number 3456. Reasonable condition throughout, though the pendant has been reattached and there are some bruises on the back. Replacement bow has been repaired (not silver). The high dome crystal is fine and the bezel snaps shut nicely.

OUTER CASE : 50 mm. Silver repousse. Very nice condition with no holes or repairs. Slight wear to high points of the repousse work. The hinge and catch are fine and the case snaps shut nicely.
The case is signed D. COCHIN (a little worn but just decipherable).

May is a name commonly used to sign watches made on the Continent during the mid 18th century. These are usually marked ‘London’ but were probably made in Holland or Switzerland. The English silver hallmarks on the inner case could be spurious.

Daniel Cochin was a very well known and fine repousse worker, based in Geneva and later in Paris during the mid 18th century.