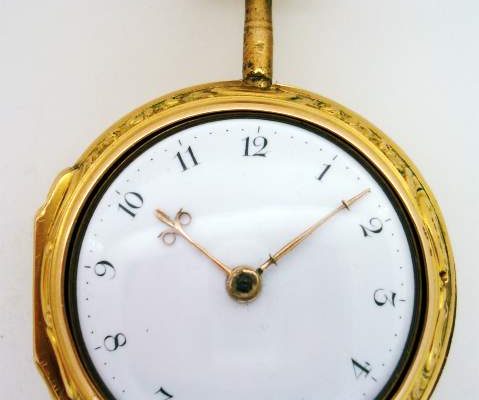 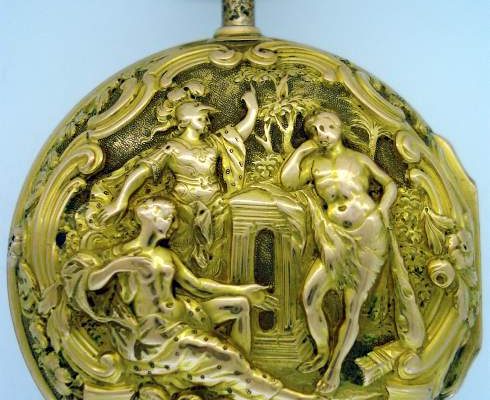 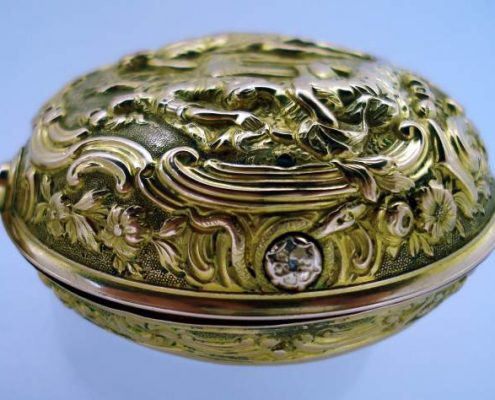 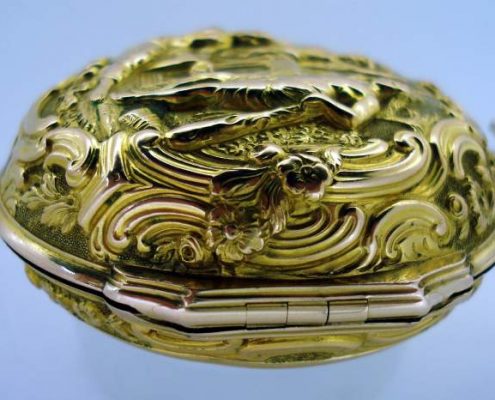 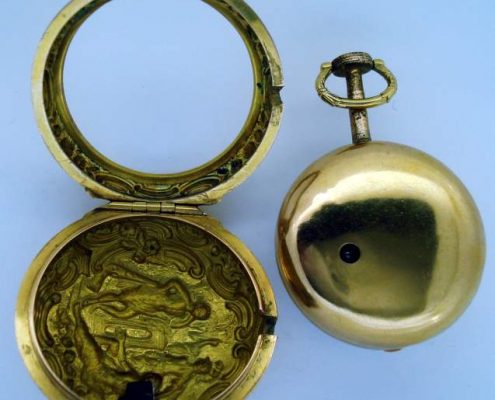 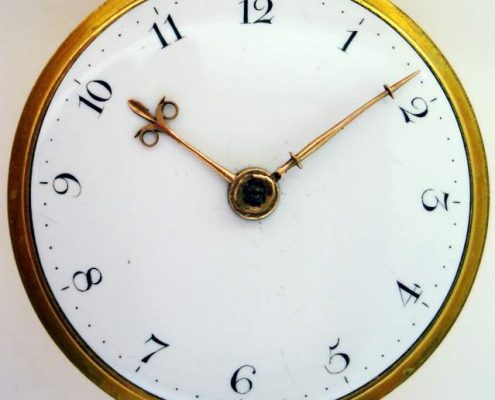 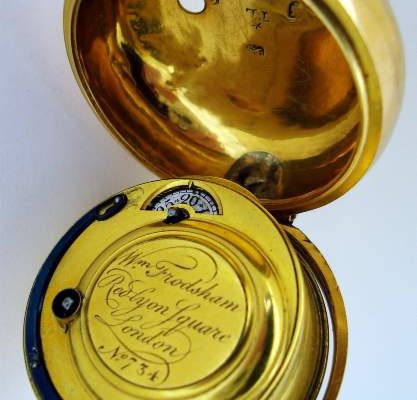 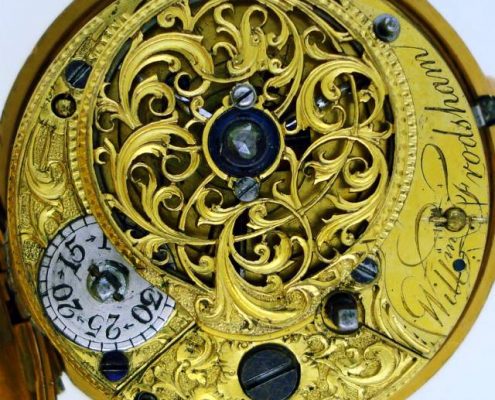 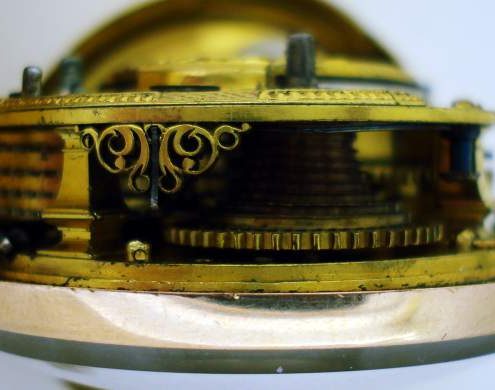 DIAL : White enamel, with no repairs and in almost perfect condition with just some light surface scratches. Nice 18th century gold beetle and poker hands (repair to base of minute hand).

INNER CASE : 22 carat gold, hallmarked for London, 1769, maker TL. There are some light bruises to the back of the case and the pendant and bow are gilt brass replacements, but overall a nice case. The hinge is fine and the case closes nicely. Good high dome bull’s eye crystal with no damage.

William Frodsham, of Kingsgate Street, Red Lion Square, was born in 1728. He received the honorary freedom of the Clockmakers’ Company in 1781, and attested the value of Earnshaw’s improvements in 1804. He took his son into partnership in 1790, and died in 1806.