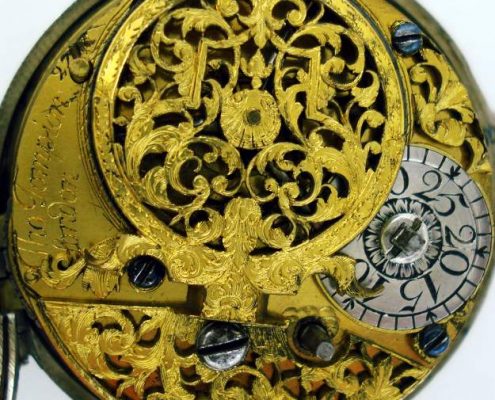 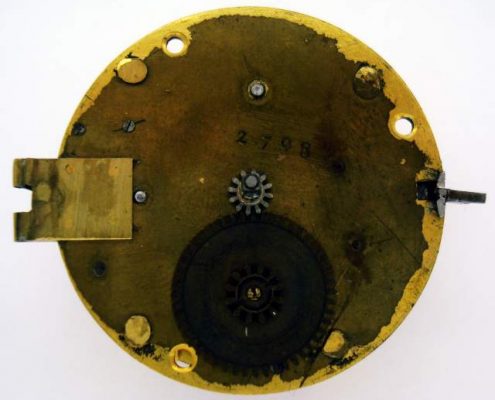 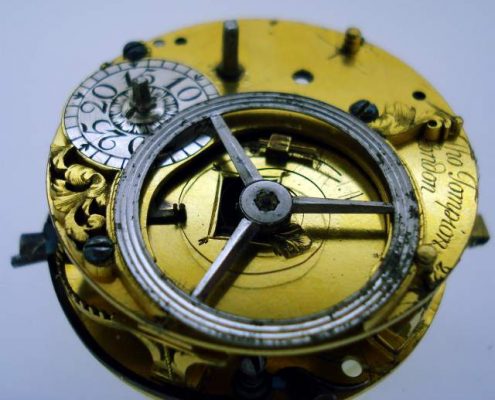 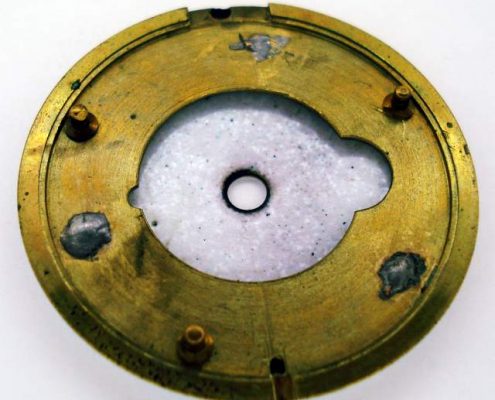 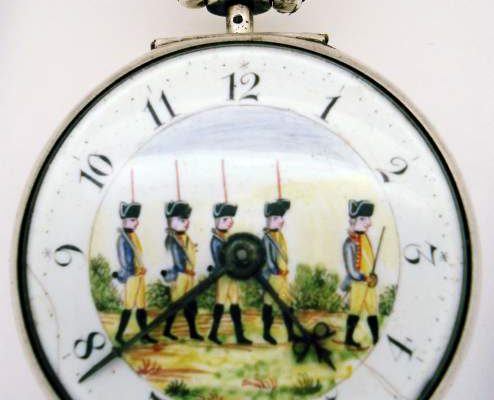 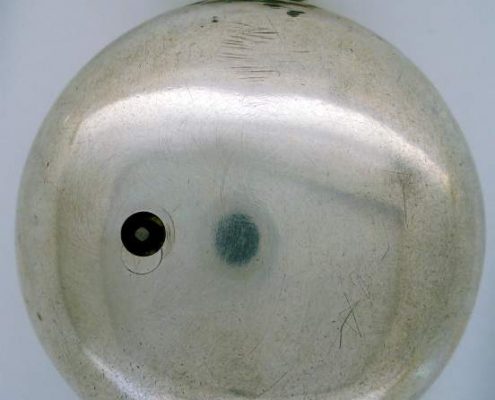 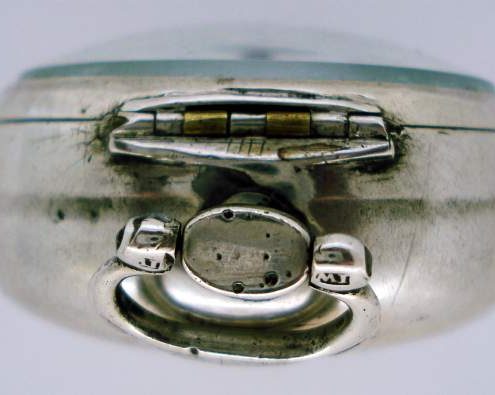 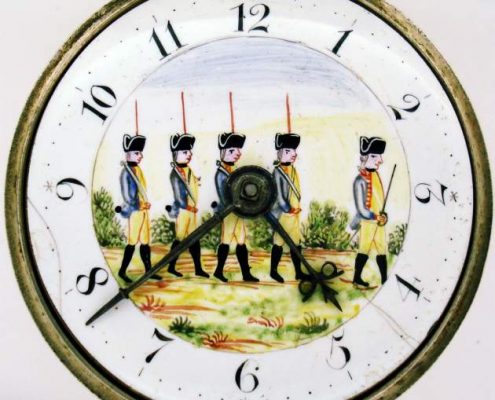 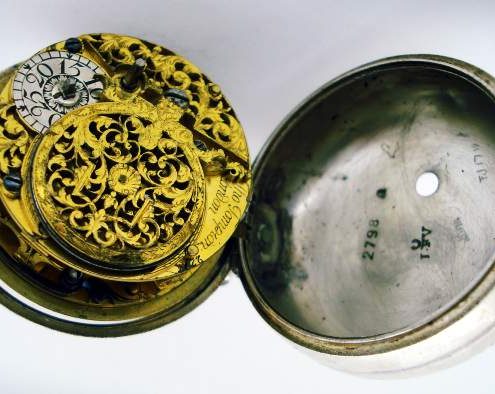 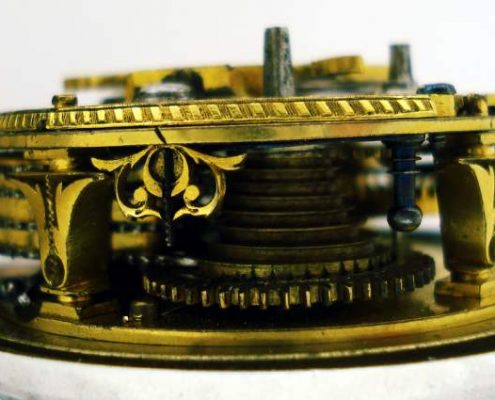 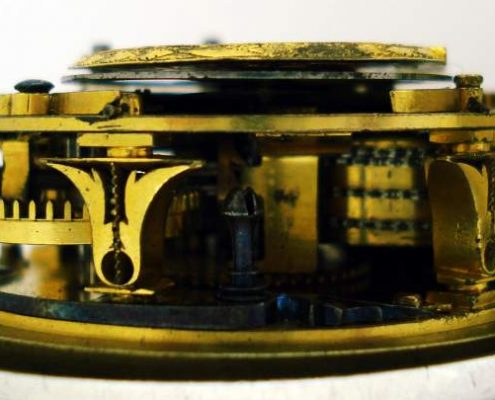 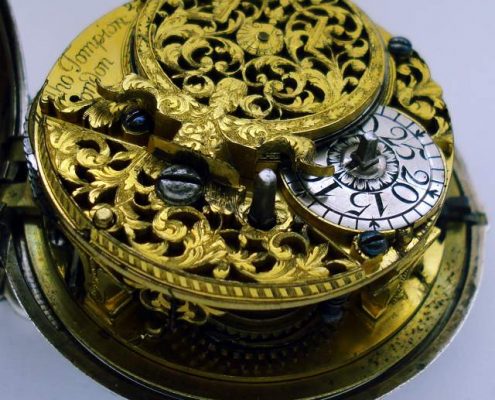 DIAL : 40.5 mm. Late 18th century polychrome enamel. Hairlines from the edges at 9 and 4 and a few marks and scratches around the edges, but an attractive dial. Good 18th century steel beetle and poker hands.

CASE : 47.85 mm. Marked with the serial number (2798) and maker (I.FV). The high dome crystal is fine, the catch and hinge are good. The case snaps shut nicely. A nice heavy case in fine condition. I believe that this case is original to the movement, though the bow is later.

The serial number (2798) on the movement dates this movement to just before 1700.