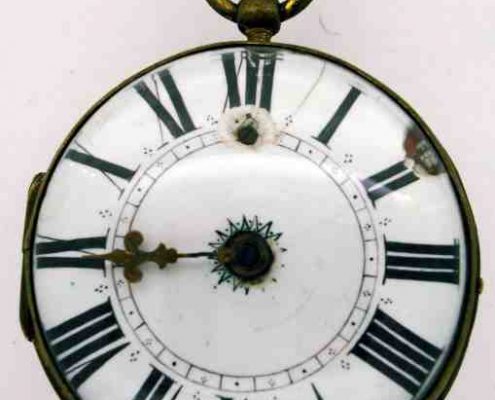 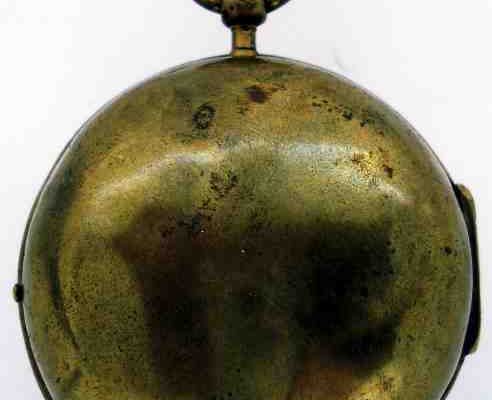 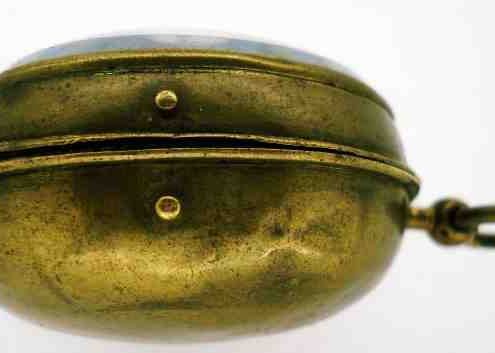 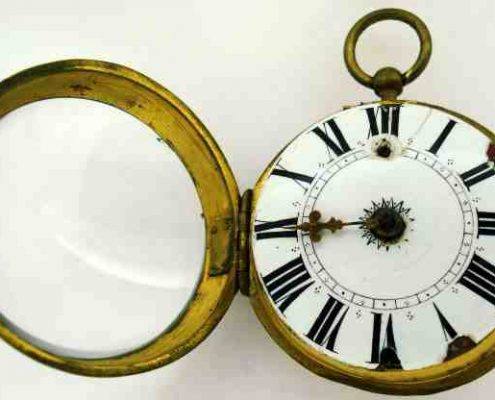 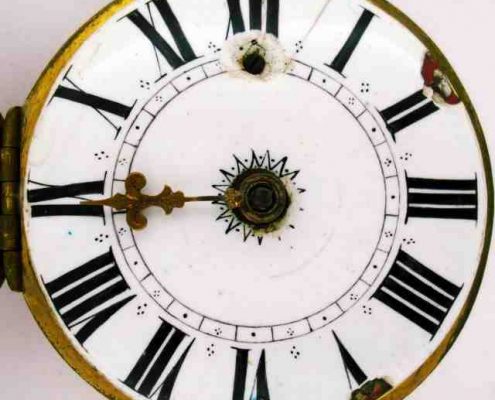 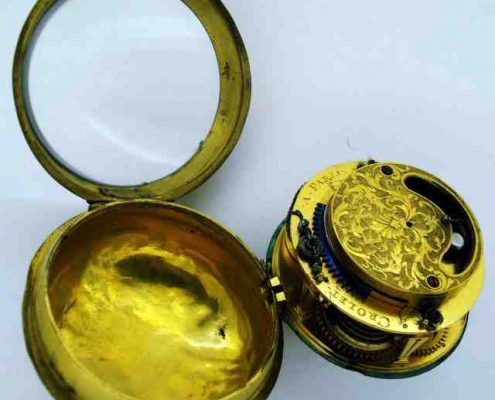 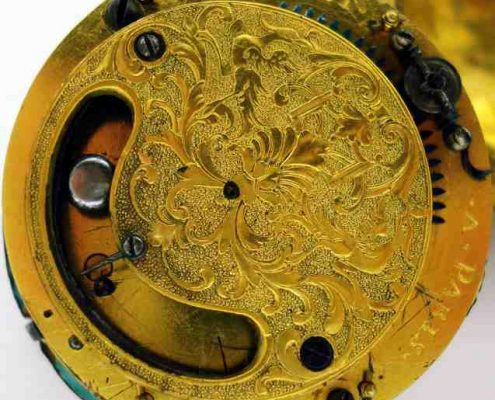 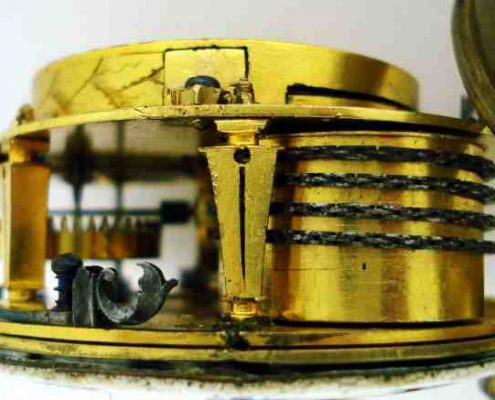 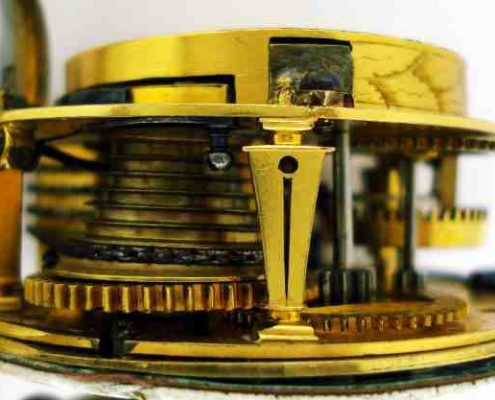 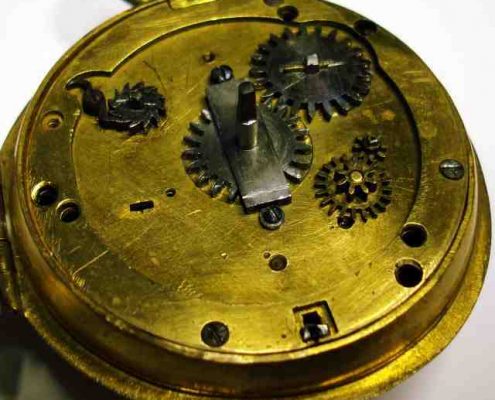 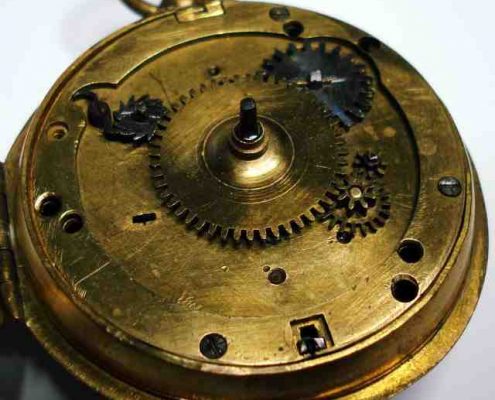 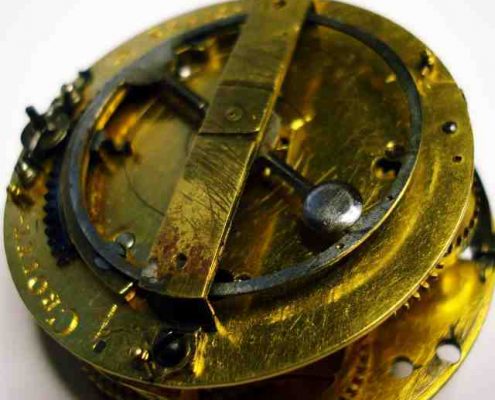 MOVEMENT : Fully signed (Crolet A Paris). Beautifully engraved balance cover with pendulum aperture. The movement is in clean and original condition. Running well (though stops occasionally when upside down).
Genuine single hand movement, with the hour hand driven from the 2nd wheel (via 3 under dial wheels) and no centre wheel. The movement is wound from the square at the centre of the dial which engages the fusee by 2 wheels under the dial (see photos).

DIAL : 49 mm. Enamel. This is an early enamel dial in unrestored condition. Later that the movement but a very early 18thc dial. Later gilt hand.

CASE : 57 mm. Gilt on brass. The gilding is still intact on the inside but worn on the outer surfaces. The hinges and high dome crystal are fine. Both bow and stem appear to be original and the stem has not been reattached at any time.