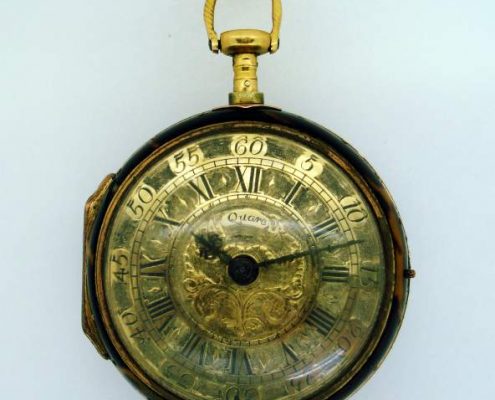 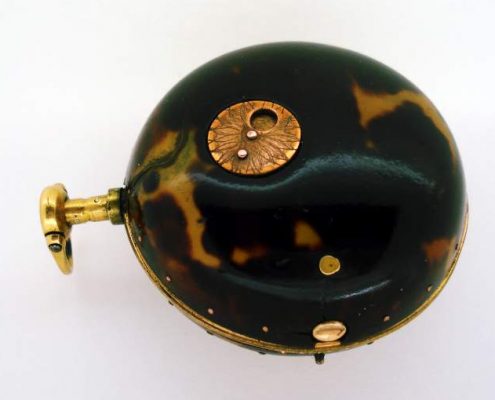 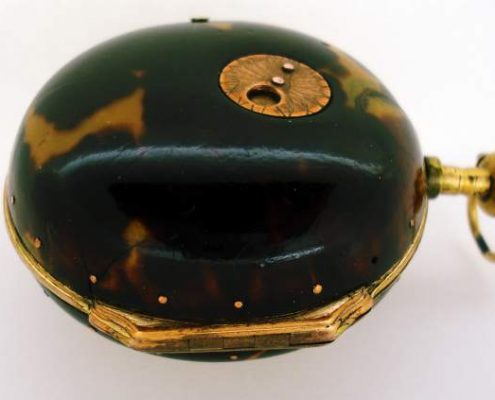 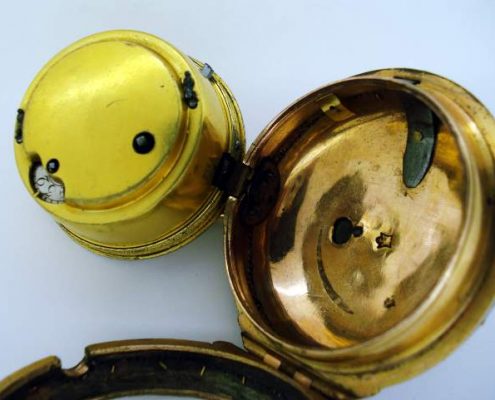 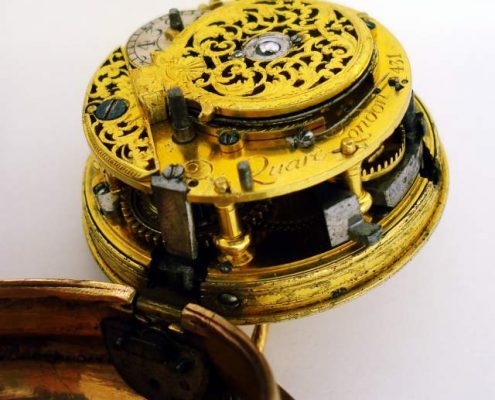 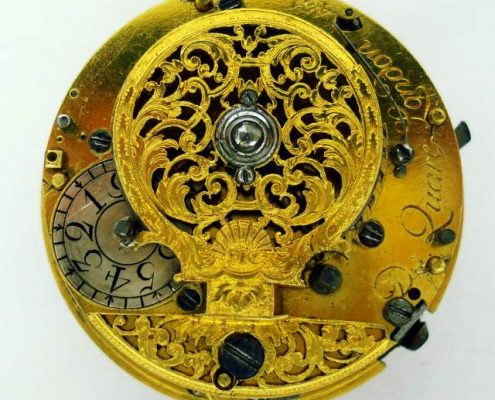 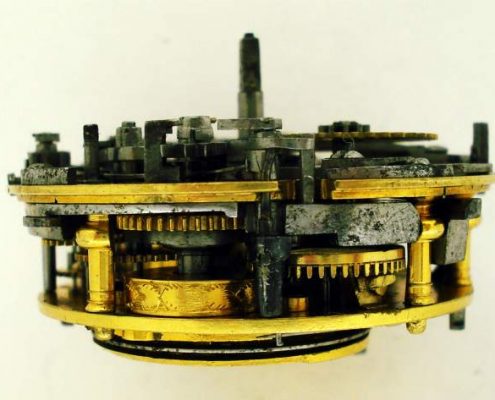 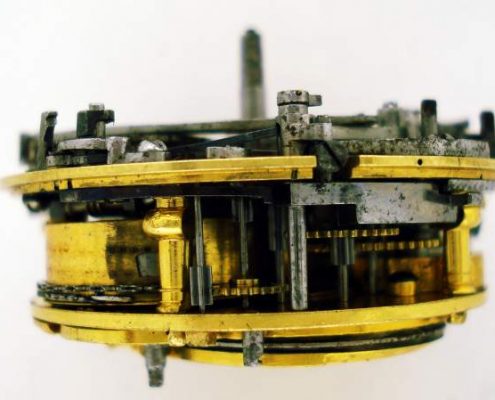 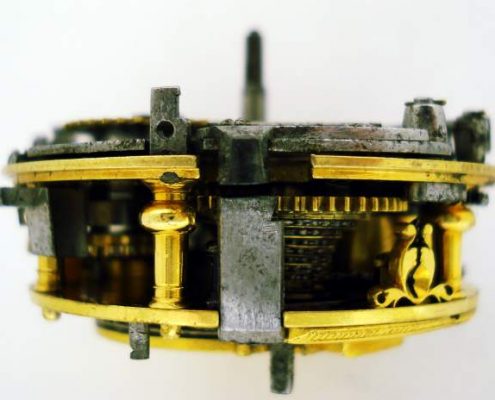 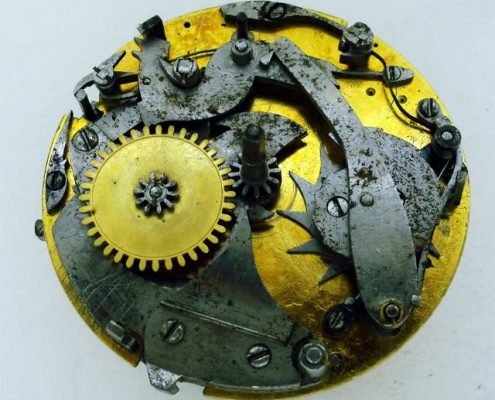 This is a very rare and early watch by Danial Quare, the inventor of the repeating movement. Made between 1695 and 1700, the verge movement, with hour/quarter repeating, is in a slightly later gilt and shell consular case.

MOVEMENT : Signed D. Quare, London and numbered (431). Five ornamental baluster pillars and nice large pierced balance cock with wide ‘D’ shaped foot and diamond endstone The movement incorporates an hour/quarter repeating function which is activated by pushing down the stem. The repeater mechanism has two hammers which strike a brass block (dumb repeating) once for each hour and twice for quarters. Originally these would have struck a bell before the later case was added (see below).

Both watch movement and repeating function are working. The movement is protected by a removable gilt brass dust cap which is unsigned.

DIAL : The wonderful gold champleve dial is 41.5mm in diameter. It is in very fine condition with no damage or repairs. Black steel beetle and poker hands (18thc, not reproductions).

CASE : The gilt/shell case is also in good condition. It is 52.2mm in diameter. The hinge is fine, thought the catch is a little worn so the case doesn’t snap shut. The shell is in good condition with no pieces missing, but with a few small cracks and one longer from the stem towards the winding hole. Just one pin missing.

This later shell case (probably made around 1740), has been fitted with brass blocks to make it a dumb repeater (rather than striking a bell). The quarter hour block is missing.